Wire-Lists#8: Why Are You Holding Your Mic Like That? The Dos and Don’ts of RF Attenuation 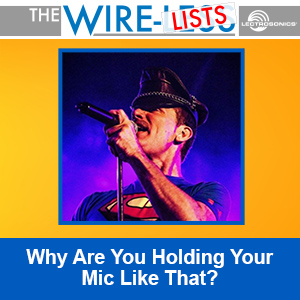 What do all of these musicians have in common? Hint: It’s the way they’re holding their mics. Someone, somewhere gave them a lesson in attenuation.

What is RF attenuation and why should I care about it?

As you know, what most refer to as “wireless mics” are actually wireless hand-held transmitters. A transmitter is any device that sends out a wireless signal – electromagnetic waves via a transmitting antenna – to another device that interprets those waves, called a receiver.

Attenuation is a reduction in strength of a radio frequency (RF) signal during transmission and is measured in decibels (dB). Material surrounding radio signals is referred to as the “medium” through which the signal travels. Attenuation measurement in decibels is ten times the input signal power divided by the signal power at an output of a specified medium. For radio frequencies, attenuation refers to the way in which the strength of waves lessens while going through open air, walls, the human body, and other features present in the environment.

How should I be holding the transmitter and why?

The transmitting antenna of an HH, HHa or DHu is located at the bottom of the transmitter.

Antennas like ones used in the handheld transmitters don’t contain boosters (like you see in cell phones or radio towers) that can amplify a signal. They passively radiate, assuming that they have a clear field to do so. Holding the transmitter at the bottom, as shown here, will greatly reduce the RF level that is radiating out. Your hand, being a dense medium, prevents the waves from radiating adequately to reach the receiver. 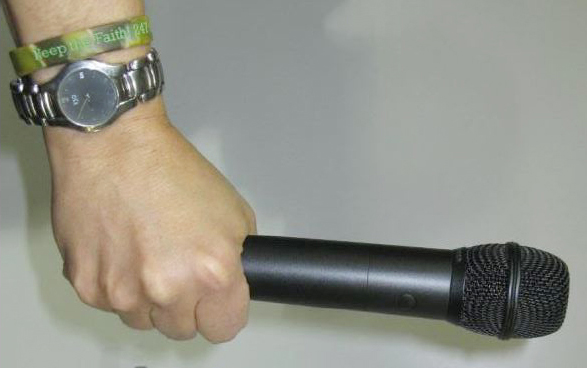 The graph below shows the RF level of an HH transmitter at a given distance from the antenna, but connected to an RF spectrum analyzer, which measures output in dBµV, or decibels relative to one microvolt. It’s a simple way to measure differences, which can be small, in signal output. The antenna was covered and you can see that the level measures 70.0 dBµV: 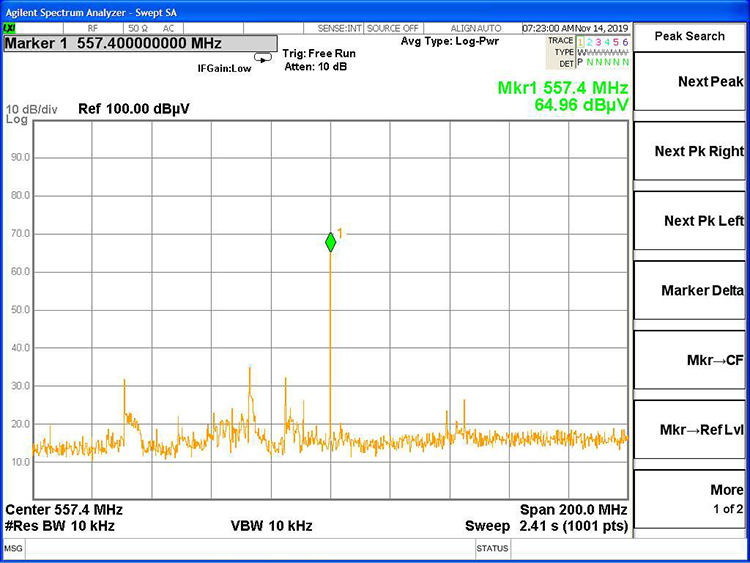 Next, the transmitter is held in a way where the antenna was not obscured. A position like this, with your hand closer to the capsule, is the correct way: 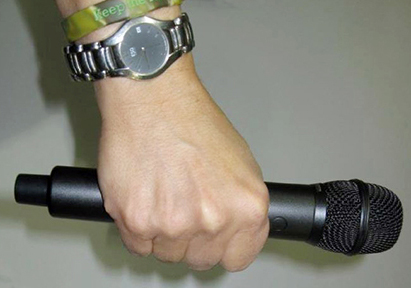 The RF level now measures 100 dBµV, which shows that the signal being put out by the transmitter is not impeded. Big difference! 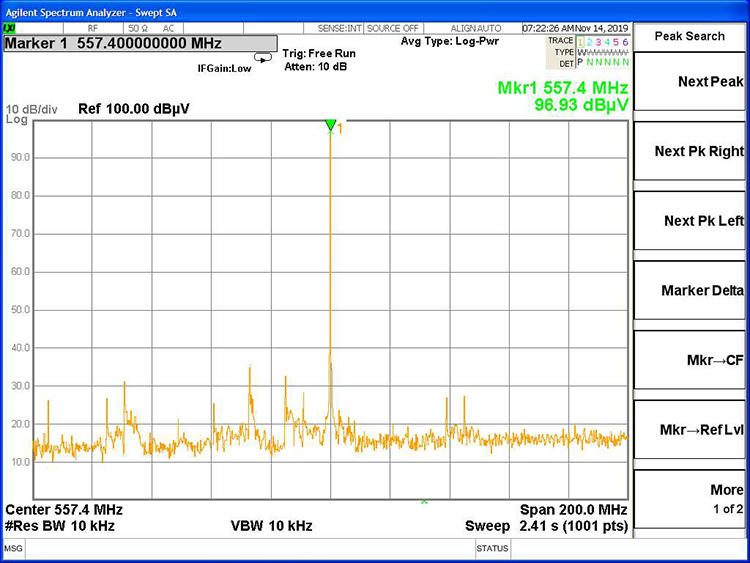 So, holding your hand-held transmitter incorrectly can result in a loss of 30 dB – or more, which will definitely affect the operating range of the system. This can be avoided by simply holding the transmitter in a way that does not obscure the antenna. Don’t forget to tell your pastor, CEO, singer or anyone else about the correct way to talk or sing into a handheld transmitter!