This improved battery contact assembly addresses a problem with the earlier version where some batteries would hang up on the retaining clip, requiring disassembly to remove the battery. Install the updated assembly with the following procedure.

1. Before starting, please make sure that battery is removed from the unit.

2. Disconnect power lead from the unit. Remove cover from unit by loosening the two thumbscrews. 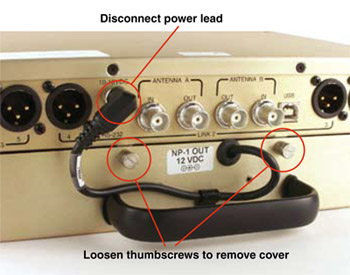 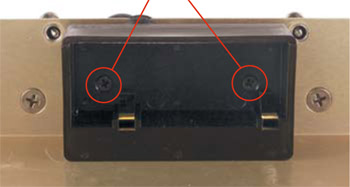 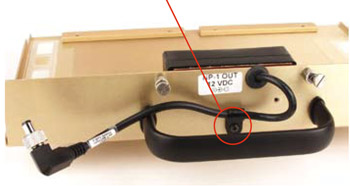 6. Install the new battery box. Make sure the battery box is oriented as in the photo from step 3. Slide the cable and grommet into the slot in the chassis. 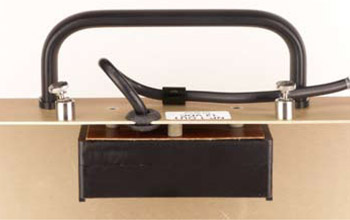 8. Install the cover on the VRFIELD unit. Insert the battery box plug into the power-in jack on the unit. Battery box replacement is now complete. Using an NP1 battery, test the battery slot for proper operation.