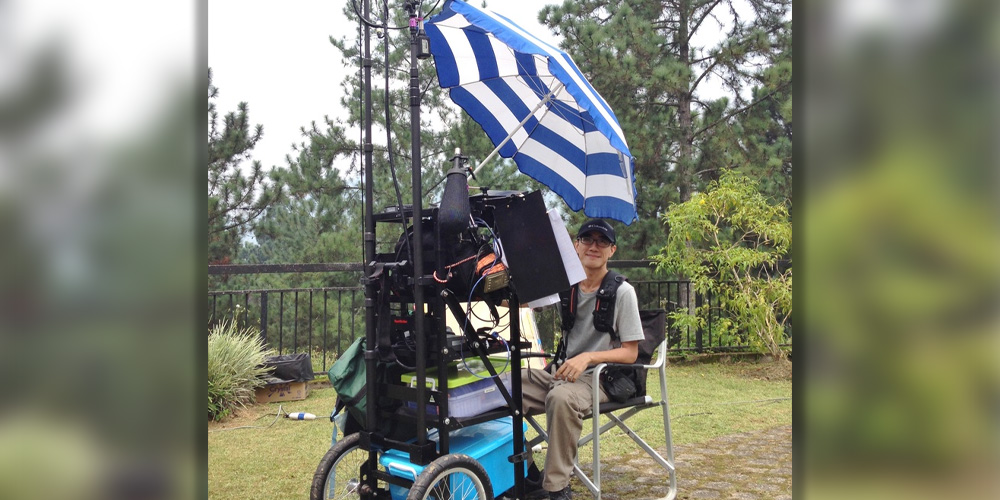 “They wanted to capture the actual sound of people eating McDonald’s fried chicken and not a studio sound effect. Sonic realism makes Lectrosonics an easy choice.”

The 30-second release for McDonald’s Malaysia created such buzz and demand that the company ran out of chicken at their restaurants, twice. It was meant to be a purely sound driven commercial, no dialogue or music. “Hearing the sound of people eating fried chicken was the ‘hook’,” says Chick. “It was an exciting challenge because they wanted me to capture the actual sound of people eating fried chicken and not a studio sound effect.”

The primary release of the commercial in cinemas created an additional challenge. “The sound of someone eating is not as loud as talking. If the signal recorded low with a lot of noise in the background, post would need to turn it up, equally increasing the background noise. It would have been very noticeable in the movie theaters,” says Chick. “Also, if post sonically cut out a lot of the background noise in the mix, the recordings could have ended up too thin and lost their punch. It was an honor to be brought in at the early stages where I could contribute my technical advice.”

The three-day shoot was fast-paced with multiple set changes. Chick had a boom operator and a sound assistant on his team. “I used the SMQV on the talent and had my boom operator use a HMa wireless Plug-On Transmitter on his mic which enabled us to move quickly around multiple sets. With the Lectrosonics ALP650 Sharkfin Antennas I was able to stay outside some of the smaller rooms they used to film. The SMQV feature I love the most, which sets it apart from its competitors, is the ability to control the transmitter without physically touching it. Through the app, I’m able to make audio level and frequency adjustments and even lock or put it on sleep mode. It saves me time when the transmitter is hidden deep beneath layers of wardrobe, which even impresses the talent.”

Chick first discovered Lectrosonics back in 2000. “The sound quality of Lectrosonics has always blown me away. Realism in sound is something I always strive for.” Along with the Lectro SMQV, HMa, and ALP650, over the years Chick has also added the Lectrosonics WM Watertight Belt-Pack Transmitter, UCR411a Digital Hybrid Wireless Compact Receiver, SRb Series and IFB system to his vast repertoire of equipment.

“Sonic clarity makes Lectrosonics an easy choice. And, the build and quality of their products are amazing. To top it off, they have great customer support, which is essential when you’re working halfway around the world in Malaysia.”