Victoria’s Royal Theatre Counts on Lectrosonics for its Past, Present and Future Wireless Systems 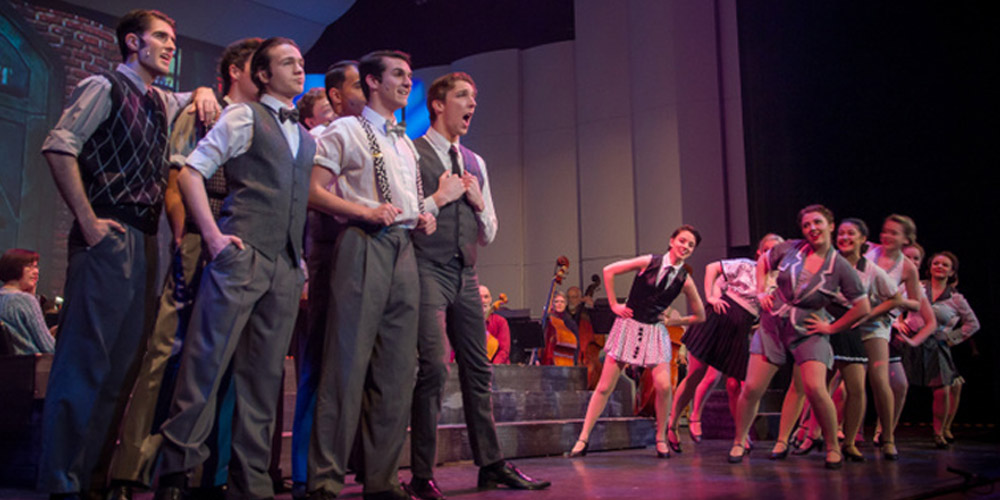 “We still use the original Lectrosonics equipment all the time and it has been rock-solid. I haven’t had a single issue with any of it.”

Victoria, BC, Canada (May 22, 2018) — The Royal Theatre in Victoria, British Columbia has welcomed some of the world’s greatest performers to its stage over the years, including Sarah Bernhardt, Carlos Montoya, Mikhail Baryshnikov, Luciano Pavarotti, National Ballet of Canada, Tony Bennett and Crosby, Stills & Nash. More than a decade ago, the 1,416-seat theatre, which originally opened in 1913, undertook a significant building restoration program along with extensive technical upgrades, including the purchase of its first Lectrosonics Digital Hybrid Wireless® system. And recently, The Royal Theatre has expanded their system again with the addition of a Lectrosonics Venue2 six-channel receiver outfitted with VRT2 wide-band tracking modules together with six HHa wireless handheld microphone transmitters.

As part of the first original technical refurbishments, Colin Bernard, Director of Canadian Operations for Lectrosonics, supplied the Royal Theatre with one of the first Venue receivers in Canada as well as six SMD beltpack receivers and six Lectrosonics plug-on transmitters. “We got the Venue with the tracking modules, which was an upgrade at that time,” says Warren Busby, Head of Audio/Assistant Technical Director for the Royal Theatre and McPherson Playhouse. “We still use the original Lectrosonics equipment all the time and it has been rock-solid. I haven’t had a single issue with any of it.”

The Royal Theatre and the smaller McPherson Playhouse, which are operated by the Royal and McPherson Theatre Society, host a wide range of programming, from opera and symphony concerts through touring music artists to community theatre and educational presentations. When Busby began fielding requests for more handheld transmitters, he got approval from the organization’s Technical Director, Blair Morris, to investigate what was available. “So I called Colin,” he says, and Bernard recommended the new Venue2 receiver and HHa transmitters.

The theatre purchased the equipment through Rob Mayor at Pacific Audio Works, who provided the original Venue rig and has also supplied several new digital audio consoles and a large line array system in recent years. “They’re one of the only local suppliers of any size here in Victoria so we buy lots of stuff from them,” he says. “We also decided to kick it up a notch and got six of the standard Shure SM58 capsules and six of the Neumann KK 104 cardioid condenser capsules for the handhelds, with the adaptors to screw a Neumann capsule onto a Lectrosonics wireless.”

The plug-on transmitters are deployed quite frequently, he reports. “We do three operas a year at the Royal Theatre. They always have scenery moving in and out and often need a little bit of voice reinforcement. So we plug the transmitter onto an AKG 414 or other condenser microphone, screw it to a prop and away we go.”

Busby has plans to further expand the set-up once the budget is in place. “We’re going to order six more belt packs to go with this system, so that we’ll be able to do 12 belt packs. Because we got the SMDs back in the day I’ve been looking at the SMQV. It’s a similar form factor and button layout.”

The Venue2 offers one feature not found on the original Venue receiver that Busby especially enjoys. “I’m a big fan of the remote monitoring,” he says. “We used to do that with the Venue system, but because it was via USB I had to get an extender, so I could monitor it over the network from the computer at the front-of-house console. But the Venue2 has a network port on it. I plugged it in, gave it an IP address, downloaded the Wireless Designer software, and everything just showed up. And there’s a lot more you can do with it as far as monitoring and set-up.”

Busby wanted to also monitor the original Venue via Wireless Designer and says that he got invaluable assistance from Joe Burtinsky, RF Technician and Technical Support Specialist at Lectrosonics’ Canadian office. “Joe is fantastic; he has an answer for everything. Between what Colin knows and Joe knows, it’s always a pleasure calling those guys in Toronto,” he says.

The solution was relatively simple, Busby continues: “You just need to put the Venue on the network via a third-party box, an RS-232-to-network adaptor. Now I can monitor all 12 channels of wireless in one instance of Wireless Designer, all on one page, which is great. And it still sounds fantastic, like the original Venue.”

Victoria, just across the border from Seattle, is not immune to the FCC-mandated frequency spectrum changes in the United States. But happily, the Lectrosonics equipment operates below the affected 600 MHz band, he reports. “When Colin sold us the Venue in 2002 he sold us a unit operating in Band 23, in the mid- to high-500 MHz range. We programmed the frequencies when we got it and we’ve never changed them. We never get any hits on it.”

The new Venue2 that the theatre purchased operates in Block A1, he says, which covers 470 MHz to 537 MHz and is thus well clear of the affected band. “That also meant that I could use the same antennas, because Venue2 has the antenna distribution built right in,” he adds.

The Royal Theatre building, which retains the original Rococo/Renaissance Revival style décor in its auditorium, was designated a site of national historic significance in 1987. It received a commemorative plaque from the Historic Sites and Monuments Board of Canada in 1990.