Audio quality, RF agility, and ease of use are key attributes 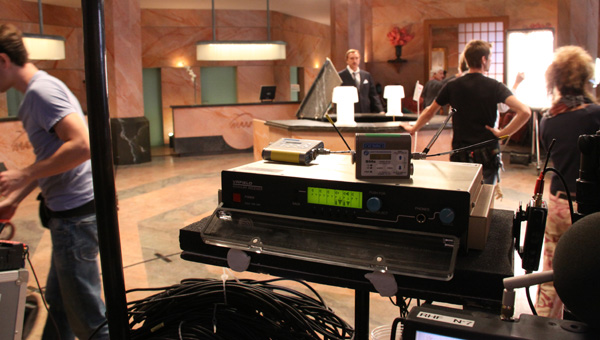 Paris, France… The process of producing a commercial requires a high level of attention to detail. From the ‘crafting’ of the company’s message to its final delivery, there are seemingly countless considerations to both the visual and audible aspects of the project. For French insurance stalwart MAAF, Paris-based sound engineer François de Morant was contracted to capture the project’s audio. To ensure the highest quality sound, François de Morant relied on Digital Hybrid Wireless® technology from Rio Rancho, NM-based Lectrosonics.

“I’m equally impressed with the very small form factor of the SMDB transmitters and the capabilities of Lectrosonics’ RM remote,” de Morant continued. “These transmitters can be very easily hidden on the talent and with the RM remote, I have the ability to adjust audio input gain, RF operating frequency, front panel lock / unlock, and sleep mode on / off. With the RM remote, I can make all the important adjustments I’m likely to need—without ever having to disrupt the talent’s wardrobe. In my opinion, this capability is absolutely invaluable.”

For location sound professionals, the ability to gain access to the gear one requires for any given project and to have questions addressed authoritatively is of paramount importance. Here, too, de Morant is quite impressed with Lectrosonics. “I’ve been very pleased with Tapages, my local sound services equipment provider,” de Morant reports. “It’s also very reassuring to know that Jim Bakker, Lectrosonics’ factory representative for Europe, the Middle East, and South Africa is very responsive as well. Together, I feel like Lectrosonics always has my back.”

Reflecting on the MAAF project, de Morant summarized his Lectrosonics experience, “This project turned out really well—thanks in no small part to the Lectrosonics equipment I used. The audio quality was terrific and this, of course, helped the post production work to proceed faster, which impressed the producer. From start to finish, my Lectrosonics experience was very positive.”