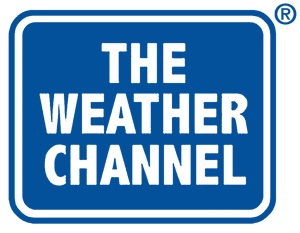 As chief engineer Michael Smereski explains, the new equipment replaces older Lectrosonics RF gear at the facility, which features four studios with a fifth in the planning stage. "Not that we're having problems with any of the older systems, it's just that we try to keep updated on the technology."

For example, he says, "The Venue Receivers provide a lot of enhancements over the receivers we're currently using. As far as engineering tools, their spectrum analysis display, their ability to record mic tests and the appropriate RF level at the same time, in addition to determining dropout spots are all greatly beneficial. We're really excited about those tools."

The engineering staff is taking a slightly different approach to the new installation, shares Smereski. "We're in the process of adding some new studio facilities and we decided that, instead of having a centralized set of mics just in the main studio, we'd design a system - with TAI Audio and Lectrosonics' help--that could utilize any mic, any location, any studio. So we're housing electronics centrally and using a matrixed antenna system to not only get the receive on our mics but also the IFBs to any one of our studio locations in the facility."

Although The Weather Channel is located quite a ways north of the major television production facilities in downtown Atlanta, there can still be some RF interference. "We have a lot of other wireless devices, besides microphones, that are active in the system," he explains. "The Lectrosonics analysis tools, which will be hooked up to a computer for monitoring and logging purposes, will be a great asset. Having the ability to look and see what's out there and see what may be interfering with our signals, and being able to adjust that, is a great benefit to us. Plus, we're moving from a fixed frequency system to a frequency agile system, which helps us out a lot as well."

The Lectrosonics receivers and transmitters being replaced have been trouble-free, according to Smereski. "They've been extremely reliable; so reliable that we don't dual-mic our talent, we just single-mic them. And we're live 21 hours a day. The Lectrosonics gear has been a great performer for us."

He elaborates, "We typically don't have difficulties with the transmitters or the receivers. It's rare for a receiver to have any problems. And typically, with the transmitters, there is just mechanical wear on the antennas. More often than not we're just maintaining the lavalier microphones, which are not Lectrosonics."

The new equipment will be in place before the network's busiest time of the year - hurricane season. "We do a lot of projects and upgrades, as well as maintaining the network, but when we get into that August timeframe we shut down any of the project work we're doing and focus purely on broadcast coverage," comments Smereski. "It can get quite hectic."