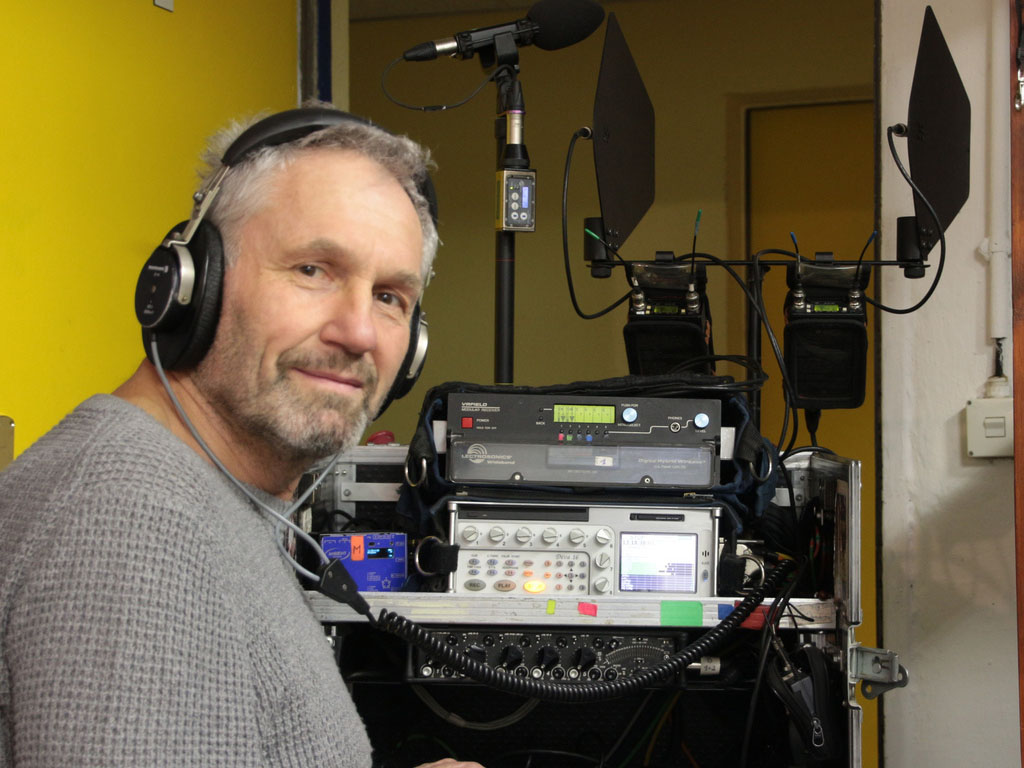 “When you’re dealing with a lot of actors, a lot of directors, and a lot of improvisation, you need a system that just works. My purchases are driven by real production needs to do things better, and that is what Lectrosonics helps me do.”

Berlin, DE (January 26, 2021) — Berlin-based sound mixer Roland Winke is a go-to call for productions filming internationally. Highlights of his career include 2016’s A Hologram for the King starring Tom Hanks, the 2011 spy thriller Hanna with Cate Blanchett and Saoirse Ronan, the sci-fi epic Cloud Atlas, and even the 2004 historical drama Downfall, which spawned the well-known “Hitler Reacts” parodies on YouTube. His latest accomplishment is The Queen’s Gambit. The tale of orphaned chess prodigy Beth Harmon rising to world champion while struggling with addiction is one of Netflix’s most watched series ever and has rekindled worldwide interest in chess. To capture the globe-trotting matches in breathtaking venues, Winke relies on his Lectrosonics Digital Hybrid Wireless rig, comprised of SMB and SMDB transmitters and HMa plug-on transmitters for boom mics, UCR411a receivers and a Venue2 modular field receiver.

“If anything makes my work more complicated, it’s that I like to capture as much sound as I can from as many places as I can,” says Winke. “The chess clock, the pieces on the board, the ambience of the room, the sound of Beth’s shoes as she walks into a hotel or chess match for the first time. To make the viewing experience immersive, we wanted to record as much of this on set as possible, as basis for the post-production. For this, we used a Decca tree miking technique with three omnidirectional mics and the HMa transmitters.”

Winke’s initial move to Lectrosonics was initially driven by a familiar problem: shrinking frequency spectrum. “About ten years ago, we started having the same problem in Europe that that U.S. has had over the past couple of years,” he explains. “Cell phone carriers started occupying a lot of the upper UHF spectrum we in production were accustomed to using. So, I started looking for a new system, and I wanted the best. It had to be small, the audio quality had to be as good as using a cable, and it had to be able to run on batteries so I could take it anywhere. I talked to folks at the German company Ambient Recording, GmbH, which makes the Lockit sync boxes for time code. There are a lot of Lectrosonics users on their staff, and they provided some of my first recommendations.”

Winke, who was wrapping Ghost Rider: Spirit of Vengeance at the time, noticed an immediate improvement, even using the Lectrosonics offerings of a decade ago. “The first thing I noticed was that Lectrosonics was much simpler to use. The sound was much clearer, and it was no problem to have 100 feet or more between the actor and the audio cart. The headroom was also higher than anything I’d ever used before, allowing me to capture actors who could be both very loud and very quiet, without having to use two transmitters at different gain levels.”

Range considerations also were crucial on the time-jumping, multi-story Cloud Atlas. Winke and his crew worked on segments including the one set in 1970s San Francisco, in which Halle Berry plays a journalist uncovering a conspiracy to create a disaster at a nuclear power plant. “There were car scenes, chases where she was running from the bad guys, and so on,” Winke recalls. “Lectrosonics always let me do this without worrying about a car getting too far away or anything like that.”

Fast forward to The Queen’s Gambit, Lectrosonics’ channel isolation and tracking filters allow Winke to set up discrete systems for actors’ dialogue and ambient sounds: “The actors have lav mics and either SMB or SMDB transmitters, received by my Venue system. In addition to the Decca trees, there were always two or three booms, fitted with Sennheiser MKH mics. All these mics used the HMa, paired with the UCR411a. There was absolutely no overlap or crosstalk between the two systems.”

In spite of seldom changing frequencies, Winke reports almost never hearing any sort of interference. “I often settle on frequency blocks 24, 25, and 26, which are equivalent to European TV channels and on the Lectrosonics schedule,” he says. “It is very rare that I have to change a transmitter’s settings; for ten years, I basically show up at the location and it works. I should knock on wood!”

Winke’s next production (with shooting done in Germany) is the upcoming Inventing Anna, a Netflix drama series about con artist Anna Delvey, who convinced New York City’s social elite that she was an heiress. For this, he’s looking to Lectrosonics’ next generation of all-digital wireless. “I am specifically interested in the DCR822 receiver to start, because it can double as a MicroSD card recorder,” he points out. “So, if I have a car scene but can’t be in the car, for example, I can put one receiver in the car in recorder mode and have another in my bag tuned to the same frequency. If the car goes out of range, I know I’ll still get the audio. It also fits into the same space as a UCR411a and is compatible with my current transmitters. I intend to hold onto the SMB and also the SSM for a while, in part because they’re so small.”

Consistency of performance is ultimately what has kept Winke with Lectrosonics. “When you’re dealing with a lot of actors, a lot of directors, and a lot of improvisation, you need a system that just works. I’m not one of those people who buys new equipment every two years just to have the latest technology. My purchases are driven by real production needs to do things better, and that is what Lectrosonics helps me do. I say, never change a system that works!”