On Netflix Docuseries Bad Sport, Lectrosonics Is the MVP 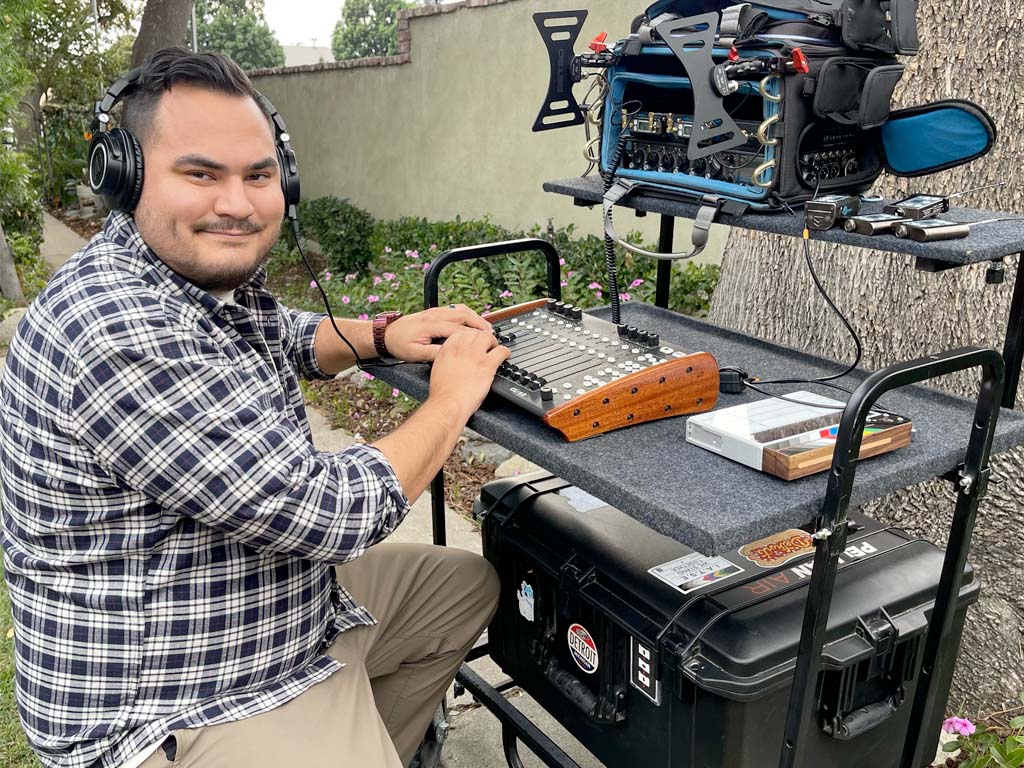 “Lectrosonics will go all day and all night through a hell production — and sound fantastic.”

“I went to school at DePaul University in Chicago and actually got my degree in audio post-production,” recalls Pierce. “I had to take a lot of production classes as well. When I moved out to L.A., probably the first year I was doing 50/50 production and post. After that, I realized I liked being on set and working with people instead of hunkering down in the studio all day. At DePaul, I used a lot of older Lectrosonics stuff — 185s and 187s — because it was what they had at the time, and I was already aware of it as one of the best brands out there. As soon as I had the money, Lectro was what I bought for myself.”

The wideband reception capability of the SRc receivers was the first feature Pierce found invaluable as production embarked on the road. “We spent a week in Phoenix and a week in Vegas, shooting 12-hour days to get the episode done,” he says. “This was my first time filming outside of the L.A. area since being in school, so being unfamiliar with the blocks and availability in these cities, going wideband let me not worry about finding frequencies.”

In fact, that process was made quite easy by the tight integration of the SRc receivers with Pierce’s trusty Sound Devices 688 field recorder and SL-6 powered slot-mount frame, which can accommodate up to three SRc units for a total of six channels of reception. “So, with the receivers mounted in the SL-6, the 688 becomes aware of them and I can scan for frequencies right from its screen,” he explains. “Basically the 688 displays the results that the SRc modules find. I can then zoom in and tweak frequencies if I need to, but once an SRc channel finds something, it holds on and doesn’t let go. I’ve never had a problem with audio dropping out or anything like that.”

Back in his native L.A., the wideband tuning capability of the SMDWBs is proving even more useful. “I worked on a couple of Christmas movies scheduled to be out this season, plus a film called North of the 10,” says Pierce. “I’m in Burbank where all the TV studios are, and you can imagine the airwaves are just saturated with RF. Likewise for North of the 10, where we were shooting just across from the Six Flags amusement park in Valencia. This is where wideband comes in really handy. Plus, if the RF situation is just impossible, the SMDWB can record internally to a microSD card, and the audio I’ve gotten from that always sounds great.”

Applications where extended range is called for, by contrast, recommend the SMV. “For car work or another situation where the talent might get far away from the receivers, the SMV’s output can be pushed up to a quarter-watt,” notes Pierce. “There has basically been no range challenge that, along with the Lectro shark-fin antennas, that setup can’t handle.”

According to Pierce, Lectrosonics reputation for stability is also well-earned: “Speaking of car work, I work on a lot of productions that don’t have the budget to put a crew in a follow car. So, I’ll put lav mics on the talent, plant mics in the car, and maybe slap an HMa [plug-on transmitter] on a shotgun mic clamped somewhere inside the vehicle. I then literally just put my audio bag in the trunk — the whole thing — and let them drive off and do the scene. Again, despite the signal having to go through the metal of the car, despite the car maybe driving through different RF environments, my bag has always come back with clear audio. It’s been a matter of set it and forget it.”

Still other projects call for extended runtime, an area where Pierce finds Lectrosonics has no equal. “You may have heard about the possible IATSE strike,” he points out. “One of the issues there is that a lot of productions run 12 or more hours a day. I’ve worked shoots that ran 18. But in terms of the gear, it can run a lot longer than human beings can! We had a big K-pop band come out to L.A. recently, and their thing is, they want to be filmed almost 24-seven. We doubled up on them with SMVs and SPDR recorders. Keep a few sets of rechargeable lithium batteries on hand, and Lectrosonics will go all day and all night through a hell production — and sound fantastic. I can’t say that about anything else I’ve used.”