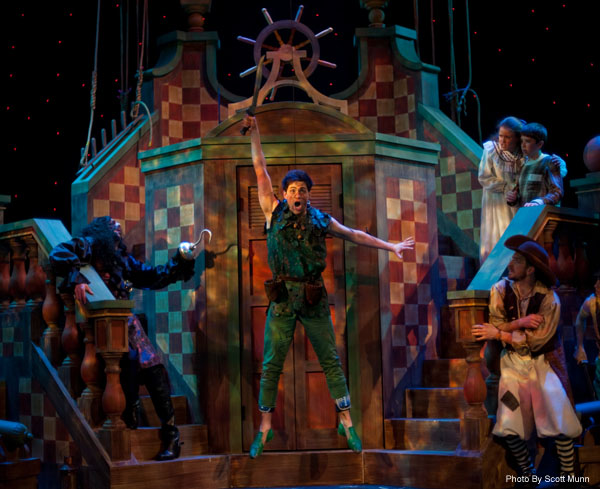 When queried about those characteristics that made it a compelling choice for the Neptune Theatre, Micallef noted several key strengths of the Lectrosonics equipment, “Choosing Lectrosonics for the Neptune came down to three primary features: (1)the extremely rugged transmitter housing with its locking connector was ideal for withstanding the abuse of dance heavy musicals, (2) Lectrosonics’ Compatibility and Diversity Modes provide the flexibility I considered essential to give the theatre lots of options for future upgrades as well as the ability to address any challenges related to increases in radio interference, and (3) the unique clarity of sound afforded by Lectrosonics’ compandor-free free transmission path.”
In addition to his enthusiasm for Lectrosonics wireless technology, Micallef is equally fond of the manner in which the Neptune Theatre’s purchase was handled. “Everyone involved in this transaction was a pleasure to deal with,” Micallef notes.” I’d like to give special thanks to Sean Burke from Tour Tech East (the authorized dealer who handled the sale) and Colin Bernard, Lectrosonics’ Director of Canadian Operations, whose effort ensured our order arrived in time for the show—with everything working perfectly.”

Reflecting on the impact the new Lectrosonics equipment had on Peter Pan the Musical, Micallef offered this parting thought. “Lectrosonics’ Digital Hybrid Wireless technology has enabled me to create cleaner, more dynamic vocal sound,” he said. “With theatre being so inherently dynamic, our new wireless equipment has proven itself to be the right tool for the job and I’m especially appreciative of the peace of mind the transmitters’ machined aluminum housing provides me when putting a unit on a dancer or someone about to fly off to Neverland. We are very pleased with our Lectrosonics gear.”

For additional information about the Neptune Theatre, visit the Company online at www.neptunetheatre.com.