Lectrosonics On The Set Of "Common Law" 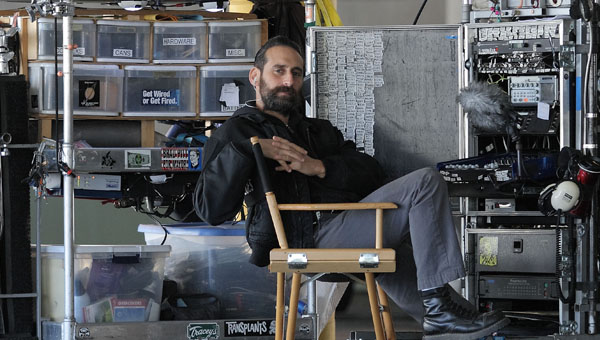 New Orleans, LA… When you have two Los Angeles Police Department homicide detectives who can't stand each other, their behavior toward one another leads to a variety of awkward—and comic—situations. Such is the case on Common Law, the upcoming comedy-drama television series created by Cormac and Marianne Wibberly for cable channel USA Network. Produced by CBS Television Studios and Junction Entertainment, the series stars Michael Ealy and Warren Kole, and their constant bickering prompts their commanding officer, Captain Mike Sutton, to send them to a couples therapist, Dr. Emma Ryan, in hopes of resolving the situation. When it comes to the show’s location sound requirements, keeping up with action is quite a challenge. That’s why wireless microphone technology from Lectrosonics is on the set.

New Orleans-based Dan Izen is the show’s production sound mixer. Well known for his work in TV and film, Izen’s credits include season two of Wonder Showzen, TNT’s popular Memphis Beat, Dylan Dog: Dead of Night, and Night of the Demons. Izen has been using Lectrosonics wireless technology for eight years now and, during that time, he has amassed a considerable range of equipment. He counts four SMa, four SMV, and six SMQV super miniature transmitters in his arsenal, along with eight UCR411a compact receivers plus a Venue six-channel receiver mainframe fully stocked with the company’s VRT receiver modules. Completing his setup, he has four Lectrosonics R1 IFB beltpack receivers, two T4 IFB transmitters, plus a UMC16BL antenna multi-coupler. He discussed his reason for selecting Lectrosonics.

“In addition to excellent sound quality, I love the bullet-proof reliability and the small footprint of this equipment,” Izen reports. “I realized early on that the wireless equipment has to work—no matter what, so I invested heavily. I tried a variety of popular and expensive brands, but they simply didn’t offer the reliability I experienced with Lectrosonics. Lately, I’ve really been enjoying the Venue receiver in combination with my UCR411a’s, using the UMCBL to combine everything into two Professional Wireless helical antennas. With this system, RF issues almost never occur. The camera department wireless equipment will occasionally degrade the signal and I’ll see the RF indicator dancing all over the place, but amazingly the sound remains artifact-free.”

Izen further elaborated on his Venue system, “Before the Venue, I had eight UCR411a receivers going into the UMCBL multi-coupler and then out to the PW helicals.  As it turns out, Common Law has reoccurring group therapy scenes with up to nine speakers!  With the Venue, six UCR411a’s, and two AJA ADA4 A/D converters, I’m able to track two booms and all nine talkers to the Zaxcom Deva 16 recorder.  Since Common Law is often improvisational, certain bits of dialog aren’t always caught using an on-screen boom, so having eleven wires on two antennas has made these scenes work really well.  Post hasn’t peeped a bit about these (or any other) scenes, so I guess the system is working! I also have immediate plans for another Venue system so the UCR411a’s will be freed up for use in a run bag.”

Quality customer and technical support services are very important in Izen’s line of work and, here too, he finds Lectrosonics stands stoutly behind their products and takes customer service very seriously. “Lectrosonics’ service has been great,” Izen says. “Turnaround time is very good and each piece of gear that goes through the door gets a full body inspection and software updates as necessary.  I’ve been impressed.”

Before gearing up for another day on the set, Izen offered these closing comments, “I’ve had great luck with all of my Lectrosonics equipment,” he said, “and the IFB is incredible in terms of how far the range works. Without hesitation, I recommend Lectrosonics to anyone looking to get into production sound. It just doesn’t make sense to go anywhere else. The sound quality and reliability Lectrosonics offers is worth the costs ten times over.”

To learn more about Dan Izen, contact him at 201-906-9064, or This email address is being protected from spambots. You need JavaScript enabled to view it..