Extreme Adventures with Evan B. Stone, Expedition Unknown, and Lectrosonics 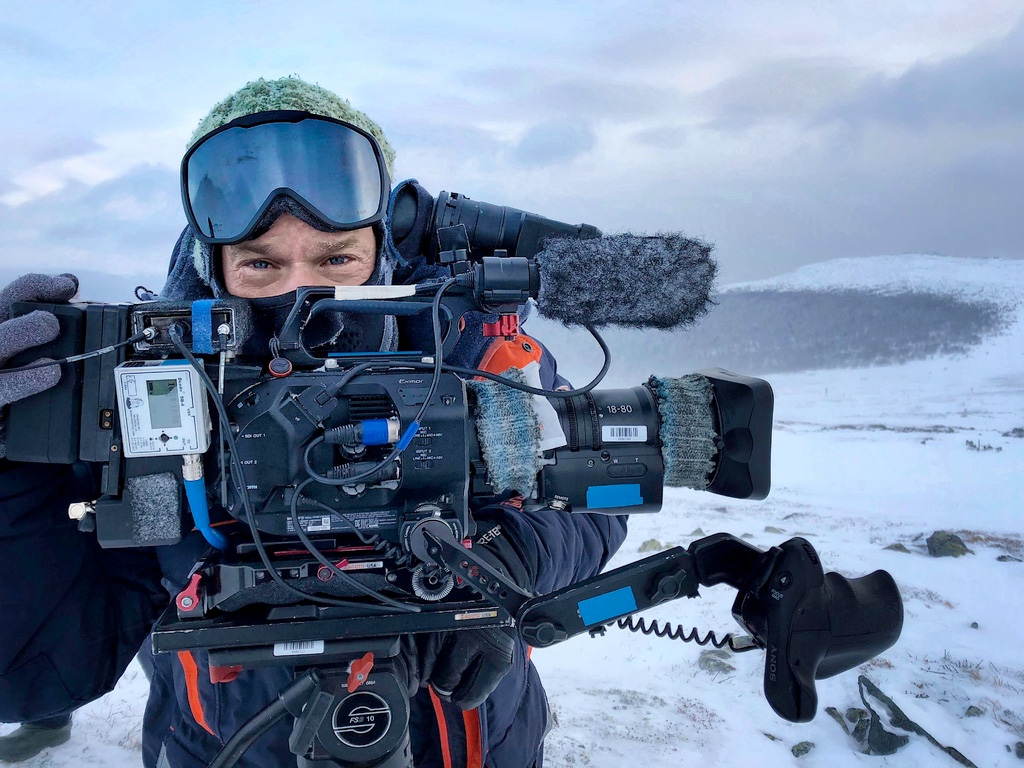 “I ‘listen’ to a story as I shoot. It is possibly the most important element for telling stories.”

Huntington Beach, California (January 17, 2023) — Location: The Dyatlov Pass in the Ural Mountains of Western Siberia. Elevation, 750+ meters above sea level. Temperature, minus 40 — Celsius or Fahrenheit; take your pick. Welcome to just another far-afield investigation for Expedition Unknown, the hit TV series on discovery+ featuring host Josh Gates and cinematographer Evan B. Stone. “I’m a DP who really cares about audio,” Stone says. “My life is a series of sound bites and each one needs to have quality sound. I ‘listen’ to a story as I shoot. It is possibly the most important element for telling stories.” To that end, Stone and his sound mixer Mike Curtis rely on Lectrosonics gear for capturing production audio. Their kit includes the WM watertight digital hybrid transmitters for the talent, four MTCR recorders, LR digital hybrid receivers, SMQV digital hybrid transmitters, an LT transmitter for the camera hop, and finally, a legacy UM400A transmitter and R1A receivers for IFB.

The Siberian episode took Stone, Gates, Curtis, and crew to investigate the mysterious Dyatlov Pass incident, which Stone described as “Russia’s equivalent of the JFK assassination,” in which nine polytechnic institute students on a winter hiking expedition died under bizarre circumstances in February 1959. He described the shooting situation as “really severe weather, and I had [the receiver] just freestyle on the camera.” Even in deadly cold temperatures of the Ural Mountains, the Lectrosonics systems kept working reliably, capturing high-quality sound.

Stone’s obsession with audio quality goes back to his start in filmmaking. The son of Academy Award-winning producer and TV commercial director Arnold (Arny) Stone (The Critic, with Mel Brooks), his first gig as a NABET member was as a boom operator on the production of 1988’s Torch Song Trilogy, starring Anne Bancroft and Harvey Fierstein. Even as his career later grew toward doing camera work, he kept a mind for audio. His big career break came when he directed and shot a music video, Apple Pie, for the band White Trash, as its rotation on MTV caught the eyes of record label executives. He thinks about the sound in his shots as much as he does about lenses. “A lot of camera operators don’t care about the sound — it’s the sound person’s problem — but not me. I always have my buds in my ears, listening. It gives me a lot of confidence.” Stone has applied his audio-centric approach in shooting, directing, and/or producing episodes of Ghost Nation, True Life, The Amazing Race, and many other TV shows.

True to the series name, shooting Expedition Unknown involves shooting in wild, inhospitable, and sometime hazardous locations, like searching for El Dorado — the legendary Lost City of Gold — in a Colombian jungle, scuba diving to look for the alleged treasure of New York bootlegger/gangster Dutch Schultz, and exploring 4000-year-old tombs in Egypt. Stone and Curtis both praise Lectrosonics durability, toughness, and consistency of quality throughout these ordeals. Stone says, “The gear is top shelf. The best professionals use it, and there’s a reason why.”

A unique feature of EU is that the DP also often appears on camera in many of the adventures. That’s right, Stone is both crew and talent on this show! Gates and Stone wear WM transmitters because the devices are watertight, and the guys often get wet. Sometimes quite wet. Local experts — historians, geographers, librarians, etc. — get fitted with the SMQV transmitters for their on-camera appearances. For back-up or out-of-range shots on motorcycles, in airplanes, in tunnels, etc., they use SPDR personal digital recorders. The belt-pack units are all used with Sanken COS-11 lavalier mics.

In this period between Expedition Unknown seasons, Stone’s next project is in post-production. It’s a family effort with his brother Drew Stone and executive produced by his dad Arny, a feature film documentary called The Jews and the Blues. It’s a look at how Jewish musicians in America, Israel, and elsewhere have adopted the blues music genre as a vehicle for expressing soulfulness and spirituality in their lives.

Well respected within the film, broadcast, and theatre technical communities since 1971, Lectrosonics wireless microphone systems and audio processing products are used daily in mission-critical applications by audio engineers familiar with the company’s dedication to quality, customer service, and innovation. Lectrosonics received an Academy Scientific and Technical Award for its Digital Hybrid Wireless® technology and is a US manufacturer based in Rio Rancho, New Mexico. Visit the company online at www.lectrosonics.com. For spare parts and a full line of accessories, visit the company’s online store: Lectrosonics U.S. Online Accessory Store.