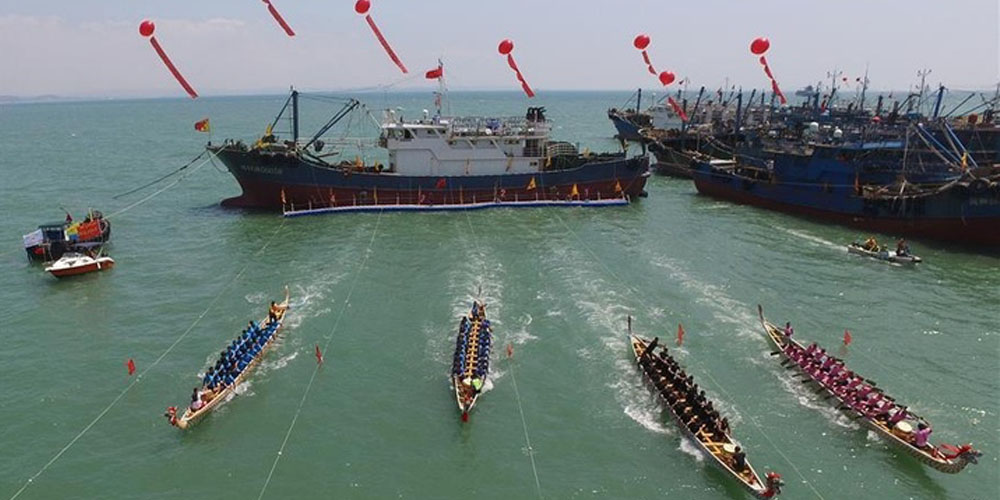 “We have always been confident in the Lectrosonics brand and its ability to perform under a wide variety of challenging conditions to deliver great sound.”

The Dragon Boat Festival is an annual traditional Chinese holiday held on the 5th day of the 5th month near the Summer Solstice. Before 221 B.C., this day of the year was considered unlucky, and to counter this, Chinese cultural practices evolved to include the Dragon Boat Festival, a day for clearing disease and bad luck. A more modern celebration of the holiday includes the commemoration of the poet and minister Qu Yuan, who drowned in the Miluo River. Locals raced into the river to try to save him, and when they could not retrieve his body, they dropped balls of sticky rice into the water so fish would feast on rice rather than their beloved minister. This is said to have been the origins of the dragon boat races. Today, some of the most widespread activities at the Festival include eating and preparing Zongzi, drinking Realgar wine, and racing dragon boats, a canoe-sport where the boats are generally decorated with Chinese dragon heads and tails for the competition.

“One of the most important parts of the festival is its dragon boat race. CCTV makes sure to broadcast one of the competitions on its sports channel each year,” says Budee’s Chief Engineer, Freeman Lu, who worked with CCTV’s audio team to set up the equipment for the production.

This year, one of the many challenges the audio team faced covering the Dragon Boat Festival was distance and landscape after securing the equipment to the inside of each boat to record sound.

“The biggest issue was the potential for signal drop-out when the boats were waiting by the side of the Min River,” says Lu. “There can be serious signal absorption from the forest which previous systems had difficulty handling. Also, during the 500-meter race the distance from the shore can cause problems. However, the Lectrosonics WM transmitter and Venue receiver were more than capable of handling the situation, along with a M152 lavalier and a couple ALP620 antennas. Everyone was very happy with the results.”

When asked why CCTV and Budee chose Lectrosonics for the festival, Lu replied “We have always been confident in the brand and its ability to perform under a wide variety of challenging conditions to deliver great sound.”