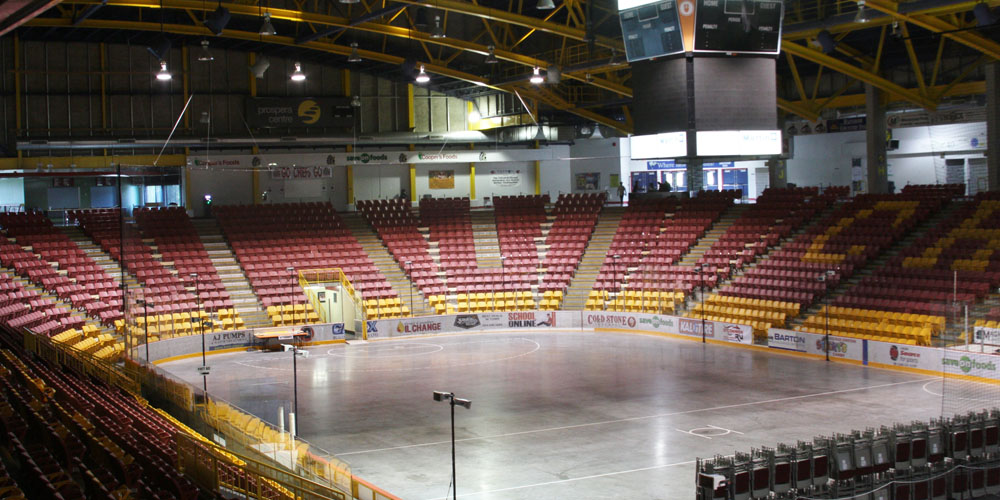 “How can I simplify this fairly complex system so that the girl in reception can be comfortable with turning the volume level up or down? The ASPEN helped us do this…” 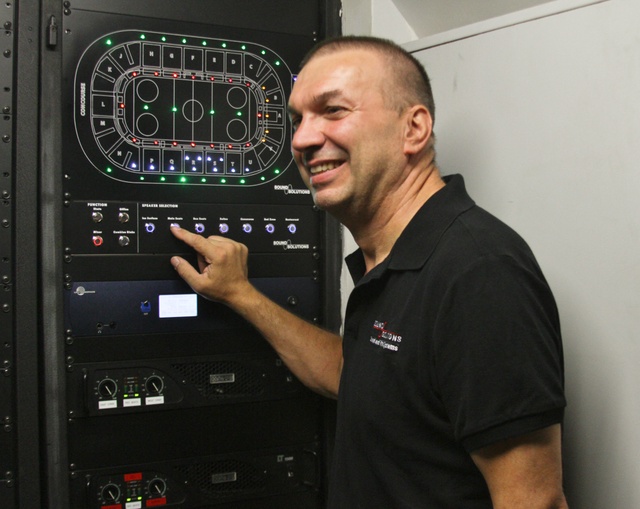 “They have a 16-channel Allan & Heath board at Prospera Centre that the sound tech operates during big hockey games,” says Curt Palme, owner and principal of Sound Solutions, who has written technical articles on audio and is also an expert on CRT video projectors. For those events where a mixing console operator is not required, Palme has reconfigured the installed sound system so that it can be easily operated by the administrative staff at the arena, which is located in Chilliwack, approximately 70 miles east of Vancouver in British Columbia, Canada.

“When I look at any sound system I always think, how can I simplify this fairly complex system so that the girl in reception can be comfortable with turning the volume level up or down? The ASPEN helped us do this,” comments Palme. The crosspoint matrix, auto-mixing and powerful processing capabilities of the ASPEN SPN1624, a 2RU unit that supports up to 16 inputs and 24 outputs, furnished Palme with the tools to fully optimize the existing installed audio system at the venue. It also provided the necessary functionality for him to provide simple system reconfiguration for any event at the arena through easy-to-operate custom switching.

A simple switch panel in the A/Vroom provides staff with the ability to reconfigure the arena sound system to accommodate four different functions. A row of switches control output to seven separate speaker zones, with a graphic representation of the arena floor and seating indicating the selected zones.

When there are no events scheduled the staff like to play background music, he continues. “They’ve got a small rack in the administration office that has a CD player and an AM/FM radio. They can turn that on with the ‘Office’ switch. They’ve got a volume control in the office that remotely controls the gain of one of the input channels of the ASPEN for the background music.”

A second switch labeled ‘Skate’ allows patrons to use a mic and music jack at ice level to run through the sound system for figure skating without having to turn on the main mixing console.

A third switch, labeled “Mixer,” engages the mixing console and the speaker system throughout the arena seating, luxury suites, concourse and restaurant. The fourth and final switch combines the main arena with a smaller rink. “Next to the arena they have an ice surface with about 200 seats along one side. They keep the ice in there year round, whereas they pull the ice in and out every six months on the main arena side. That switch combines the sound and music sources for both rinks,” explains Palme.

“So the push buttons totally reconfigure the system how they want it. Unless there’s a trained sound guy running the 16-channel mix board, the office staff or a figure skater can run the entire sound system without having to go up to the sound room.”