For Pink Bassist Eva Gardner, Lectrosonics Wireless Is All Beautiful, No Trauma 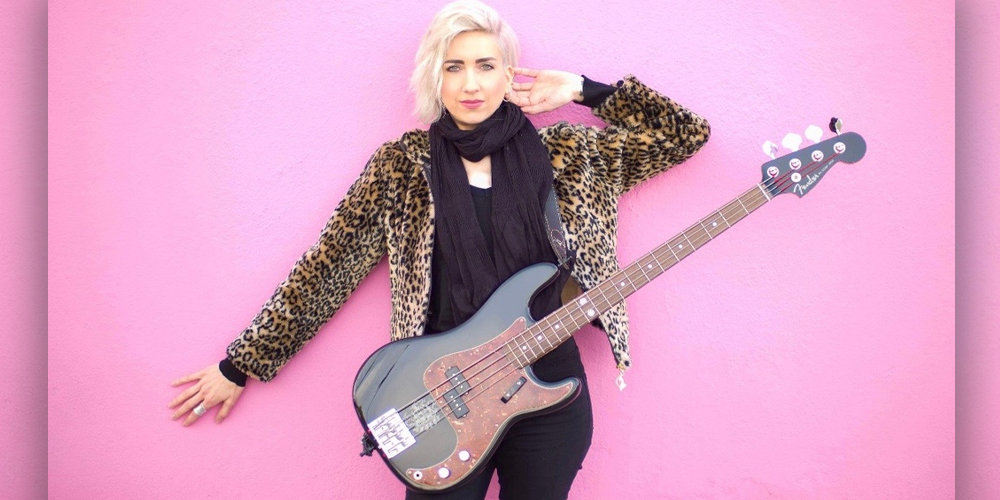 “Not only is all my tone there, but the response is so immediate that I forget I’m even using wireless.”

Rio Rancho, NM (June 25, 2019) — With dozens of dates around the world and a show in which the band is as much a part of the choreography as the dancers and acrobats, Pink’s Beautiful Trauma tour is no place for musicians to be tied down by instrument cables. Yet longtime bassist Eva Gardner was frustrated with wireless systems that didn’t preserve the tone and response she required for her crucial role in the rhythm section — until she and her bass tech Ruff Stewart discovered Lectrosonics Digital Hybrid Wireless®, including LT transmitters alongside LR and R400a receivers.

“The big risk when you go off the cable is that your sound can suffer,” says Gardner, who has also played with Cher, Gwen Stefani, and Moby, to name a few. “Pink’s concerts are big, visual productions. There are a lot of dancers/ aerialists and even an acrobat, so and I’m moving up and down the stage all the time. So, I really can’t be tethered, and have been using wireless for about a decade. On previous systems, my sound was never really all there. It was thin and over-compressed. Then, we started having some issues with dropouts, so for this tour, Ruff and I went on a quest for a new wireless setup.”

“I hadn’t heard of Lectrosonics until one of our monitor engineers told me about it,” recalls Stewart. “He’d used it with AC/DC where it was part of [rhythm guitarist] Malcolm Young’s rig. I always loved Malcolm’s tone, and figured if it was good enough for a guy like him, it was worth a listen. We literally just took it out of the box and plugged it in. Other than a minor gain adjustment to match Eva’s bass, we did nothing to it. On bass guitar, the Lectrosonics is the most lifelike wireless system I’ve ever used. It literally sounds like she’s playing through a cable.”

Timing is just as important as tone, as Gardner explains: “The bass really needs to lock with the drums, so previously, latency was becoming more and more of an issue. That’s not the way playing the bass works — when you hit the string; it has to be in time! Lectrosonics has eliminated that problem. In fact, we recently did an A-B comparison between the system and a cable a few days ago. We listened very critically. Not only is all my tone there, but the response is so immediate that I forget I’m even using wireless.”

Stewart also praises Lectrosonics’ performance in high-RF environments, something any concert venue is virtually guaranteed to be. “Most people in the band are on in-ear monitors, there are cell phones, walkie-talkies for event staff, all of that,” he explains. “At first, I had some concerns over the distance factor in the face of all this RF, because Eva was on the opposite side of the very large stage from the receivers. But with the Lectrosonics stuff, we’ve had absolutely zero problems with dropouts, crosstalk, or latency. The frequency-scanning and pairing procedure between the receiver and transmitter is just brilliant, too. In Australia, we’d been using the R400a receivers and they were totally solid. Upon returning to the states, we switched over to the LR units as they gave us a bit more bandwidth for frequency choices.”

“We couldn’t be happier with the Lectrosonics gear,” concludes Gardner. “All my tone is there, I haven’t had an issue with battery life, and again, the responsiveness and timing are indistinguishable from being on a cable. I also love that the packs are so compact. It’s unbelievable.”