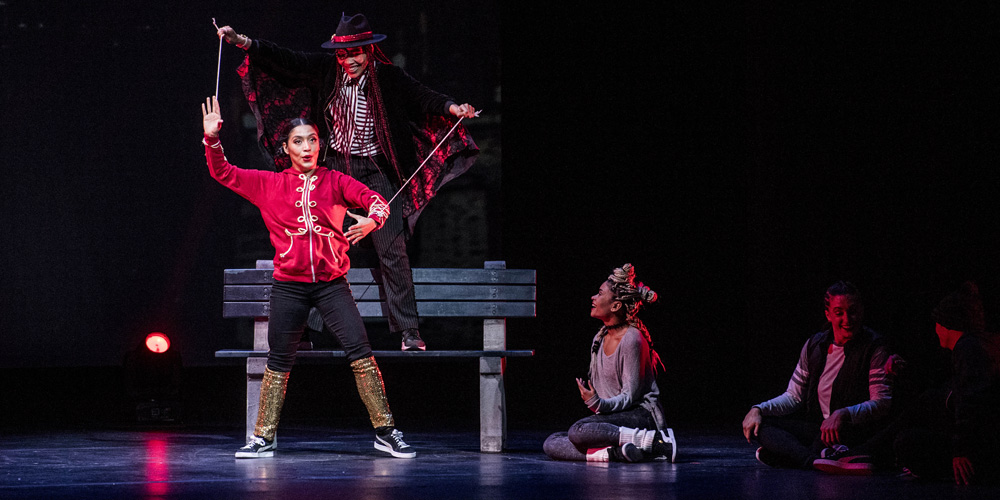 “After a lot of research and comparing many brands of IEM products, we decided the Lectrosonics Duet was the best product for our needs.”

Newark, New Jersey (December 19, 2018) – New Jersey Performing Arts Center (NJPAC), a world-class arts destination, celebrated its 21st year in October. Since its opening night, NJPAC has drawn more than 9 million patrons, has engaged more than 1.7 million children and their families through arts learning programs, and has hosted an array of internationally renowned performers on its stages.

Entertainment at the arts center ranges from prestigious dance companies, such as Alvin Ailey American Dance Theater and American Ballet Theatre; classical music and jazz, including the TD James Moody Jazz Festival and the New Jersey Symphony Orchestra season; comedy showcases; special events, such as an evening with Meryl Streep and Stephen Colbert; and live broadcasts, including the worldwide hit television show, America’s Got Talent.

“We have four venues at NJPAC under my supervision and a wide variety of groups come in and out of each space, so we need gear that is versatile and durable and works for all of our artists and programs,” says Allshouse. “That’s why after lots of research and comparing many brands of IEM products, we decided the Lectrosonics Duet was the best product for our needs.”
Allshouse, who has been with NJPAC for a decade, is responsible for the amplified audio in four of the venues, which seat around 3,664 people in total and include Prudential Hall, Victoria Theater, the Chase Room, and a seasonal amphitheater with an additional 3,000-plus outdoor seats in the summer.

“When I’m running four different spaces at a time, frequency coordination is vital. The frequency agility with the Lectro Duet is a major plus. It’s great, because we only need one frequency for each stereo IEM. And the Duet provides the digital solution we were looking for.”

In addition to longtime, high-demand events like the Sarah Vaughan International Jazz Vocal Competition (the “SASSY” Awards), which showcases the talents of five singers selected from among thousands of competitors worldwide, and the annual taping of the Black Girls Rock! Awards, a movement committed to empowering young African-American women, Allshouse is gearing up for a busy winter season as well. The arts center is ready to welcome back its fifth anniversary touring production of The Hip Hop Nutcracker, an urban twist on the classic holiday story set to hip hop choreography. This will be followed by the traditional rendition of The Nutcracker, performed by the National Ballet Theatre of Odessa.

With tens of thousands of events in the history of NJPAC so far, Allshouse spends much of his busy schedule allocating gear, loading, mixing, advancing shows, and coordinating staff.

“An added plus with Lectrosonics is their quick customer service and attention to detail if I should ever need their technical support,” he adds.
When asked why he chose Lectrosonics Duet, Allshouse says, “The Dante integration was a key factor. Also, the sonic quality of the Lectro Duet is superior, as well as being a robust, well-made and durable product.”

New Jersey Performing Arts Center (NJPAC), located in downtown Newark, N.J., is America’s most diverse performing arts center, and the artistic, cultural, educational and civic center of New Jersey – where great performances and events enhance and transform lives every day. NJPAC brings diverse communities together, providing access to all and showcasing the state’s and the world’s best artists while acting as a leading catalyst in the revitalization of its home city. Through its extensive Arts Education programs, NJPAC is shaping the next generation of artists and arts enthusiasts. NJPAC has attracted more than 9 million visitors (including over 1.7 million children) since opening its doors in 1997, and nurtures meaningful and lasting relationships with each of its constituents. NJPAC, One Center Street, Newark, NJ 07102, 888.GO.NJPAC (888.466.5722.)