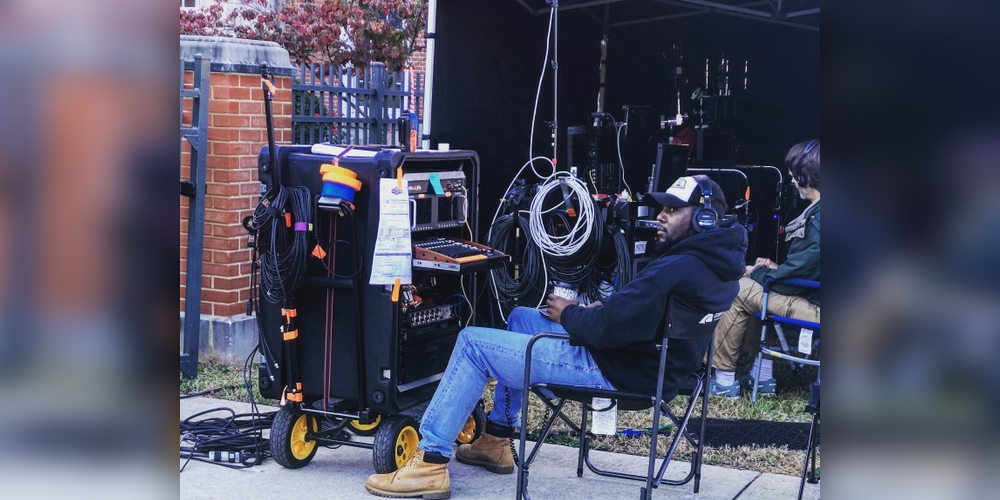 “Lectrosonics products are all-around workhorses. I don’t go anywhere without them when I’m on the job.”

Minter, an Atlanta-based sound mixer who is a member of IATSE 479, has filmed several features in Birmingham in the past year. The first film Bigger, directed by George Gallo, found Minter working with Julianne Hough, Tyler Hoechlin, and Colton Haynes, to tell the story of Joe and Ben Weider, the grandfathers of fitness who built an empire in the face of ant-Semitism and extreme poverty. Again in Birmingham, Minter worked on Live!, directed by Steven C. Miller, with Aaron Eckhart, Giancarlo Esposito, and Courtney Eaton. The film, an action thriller, is due to be released sometime next year. Minter’s current project, Embattled, directed by Nick Sarkisov, which features Elizabeth Reaser, Stephen Dorff and Darren Mann, is an action drama about a High School wrestling prodigy who faces his fiercest opponent, his MMA Champion father. All three films were produced by Mary C. Russell, and Scott LaStaiti.

“When I’m on a feature film I’m working with the full team, so at that point it’s about speed and being aware of everything that is going on. I need to be fast and versatile. What I like most about Lectrosonics equipment is how easy it is to program and tune. I like the flexibility of the transmitters,” says Minter.

Minter, who holds several degrees including a BFA in Interactive Design and Game Development and a BFA and MFA in Sound Design from the Savannah College of Art and Design, started his career in the music industry as a recording engineer and a music composer for video games. His big break as a sound engineer came after one of his projects Horror Hotel did well on Hulu. “When I started earning money I began renting Lectrosonics equipment, which opened the door to other gigs,” says Minter.

In 2013 Minter’s career took off and he found himself working on shows for E!, Bravo, MTV, and VHI. He added credits to his career portfolio with the TV series Saints and Sinners 3, the reality TV show T.I. & Tiny: The Friends & Family Hustle and The Real Housewives of Atlanta, as well as commercials and event coverage for companies such as Coca-Cola, NFL, Delta, Kodak, Mercedes, Twitter and Budweiser. “I was finally able to invest in my career and bought my first basic sound kit which included three Lectrosonics SQMV transmitters and three UCR 411a receivers.”

As reality television presents its own set of challenges, Minter is grateful that his Lectrosonics gear rises to the occasion. “What I love about sound is it’s constantly changing every single day. If I’m on T.I. & Tiny: The Friends & Family Hustle, it becomes a little more complicated, it’s a dance. We have to stay out of the shots and make sure the frequencies are right. I use the Lectro IFB so the producers have the ability to go between both sound bags. It’s convenient and flexible for the producers to follow the story while we’re recording dialogue on separate sides of a location. Lectrosonics is also great because their transmitters are easy to hide on talent.”

When asked what he’d like to add to his sound cart next, Minter adds that he looks forward to picking up Lectrosonics SMQV transmitters, SRC Receivers and an Octopack multicoupler.

“Lectrosonics products are all-around workhorses,” adds Minter. “I don’t go anywhere without them when I’m on the job.”