Mitch Malloy and Great White Rock on with Lectrosonics 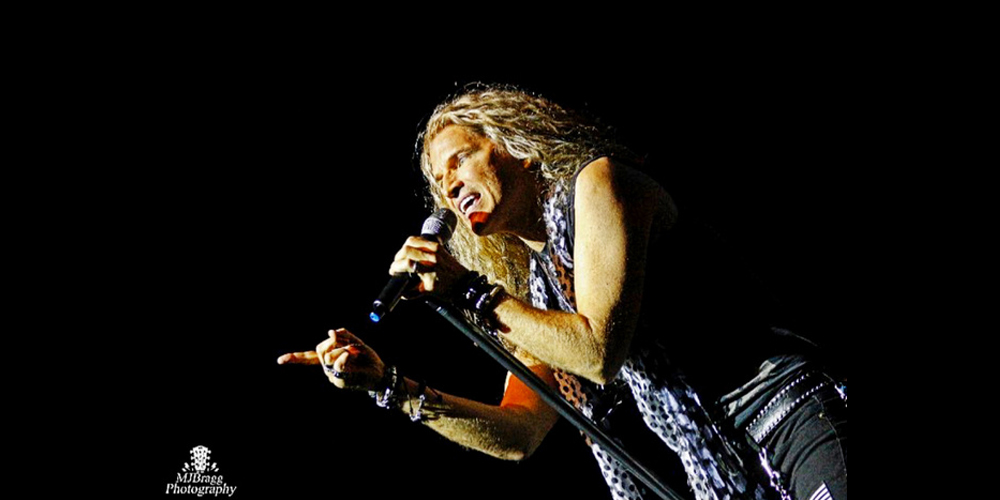 “We are both studio engineers and we’re used to working with the best mics, monitors, preamps, consoles, you name it. My ears are spoiled, and I can hear the real difference between Lectrosonics and other wireless gear, even in a hectic, live environment.”

Nashville, TN (November 13, 2018) ― Once bitten by dropouts, latency, or poor sound quality, a band that plays over 100 shows per year might be twice shy about wireless audio. Fortunately, the exact opposite is true of Grammy-nominated hard rockers Great White. Lead Vocalist Mitch Malloy counts on a Lectrosonics HHa handheld wireless transmitter and companion LR receiver to keep the show on the road.

“In my solo career I’m a guitarist and engineer. When I got the gig with Great White, it was as a lead singer who’d be all over the stage doing high-energy shows,” says Malloy. “So, I knew I’d need a wireless mic and I started doing some research. I already knew I liked how certain capsules sounded with my voice, so I started asking capsule manufacturers what handhelds they liked. Lectrosonics, which I hadn’t heard of up until that point, was always at the top of all their lists. I reached out to the company and got a very warm response from Kelly Fair at Lectrosonics. He lent me an HHa and LR for rehearsals in Los Angeles, and I loved it so much I bought a system right afterwards. We’ve been touring with it ever since.”

“The sound is crystal clear. The physical range is great, and the dynamic range doesn’t sound compressed. I have no dropout issues, period,” says Malloy of what hooked him on the Lectrosonics HHa and LR combination.

Because Great White plays mainly fly-in dates with rented consoles, P.A., and backline, they’re necessarily selective about what gear they carry in airline baggage. Malloy explains why Lectrosonics’ quick frequency scanning means that the HHa and LR systems always tag along in the overhead bin: “Often, we’re in a hurry because we play a lot of big festivals that have tight change-over times between acts. Most of the time we’re headlining, but that doesn’t always help because we’re traveling so much. Sometimes we’re in a mad rush because of flight delays, so we barely get a soundcheck.

“The way the LR receiver automatically finds the least occupied frequency band, and gives you a visual readout of that is a real lifesaver under these conditions,” he continues. “Then you put the HHa transmitter next to it and the two pair up right away over infrared... Plus, at festivals, there’s a ton of RF flying around in the air because there are so many channels and different kinds of wireless in use. Not once have our Lectro rigs had a problem with crosstalk, latency, or anything else.”

Up to now, Lectrosonics may be better known in film and video circles than for concert sound, but Malloy thinks that’s about to change. “I consider that an amazing pedigree,” he points out. “In film and TV, things have to work because the production can’t just burn money while people are sitting around waiting for a technical problem to get fixed. Like I said, I hadn’t heard about Lectro before I tried this gear. But now I’m a cheerleader for it to every other band we meet. I’m convinced that within a couple of years we’ll be seeing Lectrosonics on a lot more stages.”

Malloy wraps up by re-emphasizing the all-important virtue of sound quality: “Michael Lardie and I are both studio engineers and we’re both used to working with the best mics, monitors, preamps, consoles, you name it. My ears are spoiled, and I can hear the real difference between Lectrosonics and other wireless gear, even in a hectic, live environment. The quality of Lectrosonics wireless products are the closest thing to using a cable.”