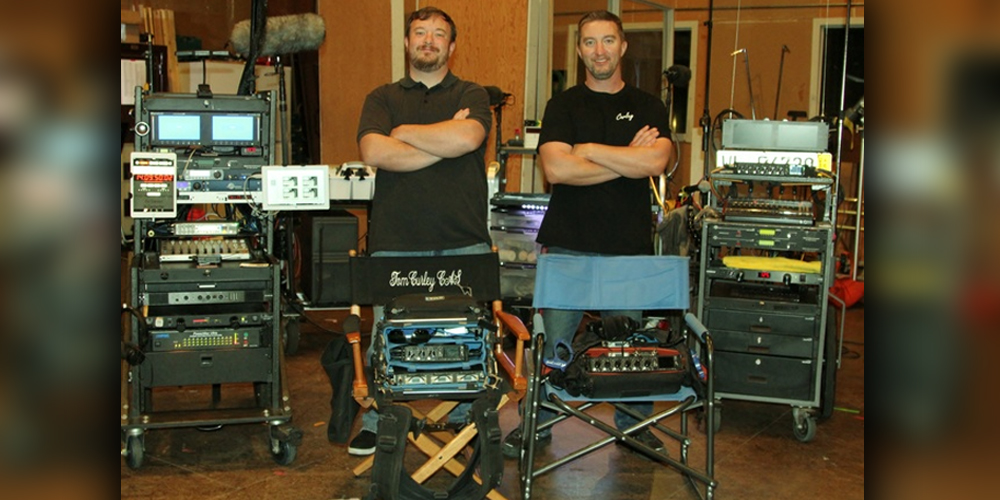 “When I decided to invest in myself with equipment I chose Lectrosonics.”

Thomas Curley started his career as a Production Assistant on the 2002 movie Time Machine and went on to win an Oscar for Best Sound Mixing for the movie Whiplash in 2015.

“Whiplash was one of the most exhilarating film-making experiences of my career so far. It was such a joy to watch something I personally thought was so wonderful to be warmly received by everyone else,” Curley says.”

Curley, who also recently worked on the upcoming movie, A Million Little Pieces, starting Charlie Hunnam, Juliet Lewis and Billy Bob Thornton says, “The equipment I use for all productions, break down into four basic categories: recorders, microphones, wireless equipment, and time code. I’ve always used Lectrosonics because they have a stellar reputation and as long as I can remember they’ve been the industry standard. When I decided to invest in myself with equipment I chose Lectrosonics and I haven’t used any other brands since.”

In business with brother Brian Curley since moving to Los Angeles from New York in 2002, Thomas Curley has an arsenal of other Lectrosonics Digital Hybrid wireless products including the SSM Super Slight Micro Transmitter and the 200 and 400 Series Receivers.

“Lectrosonics’ wireless technology is second to none. Over the years of working with Lectrosonics, their products have proven to be stable, reliable, and rock-solid all around, and a good value. In fact, one of my brother’s transmitters was run over by a car and it was completely fine other than a few scuff marks,” says Thomas.

The TV Series Yellowstone, set to premiere in June, is about a family who owns the largest ranch in the United States. The series follows the family’s struggles as they are under constant attack by land developers, an Indian reservation, and a National Park. Curley, who shot on location in Montana, used the Lectrosonics PDR extensively on the TV Series.

“I used the PDR on Kevin Costner because there were times he rode horseback and it was a nice assurance I was going to capture the lead actor’s dialogue every time,” says Curley. “Every opportunity I have to tell the boss everything’s okay is good for everyone all-around.”
The Lectrosonics PDR helps Curley know that no matter what comes across his desk as far as shot or request from production he can get the job done. The PDR, designed to handle extreme conditions is also small and can easily be hidden in garments or costumes or planted for location sound.

“I know I can answer all requests with the PDR because it can go anywhere -- and I know we can give them a recording that’s not only reliable but also identical to any recoding produced from my sound cart,” he says. “The PDR uses the same front end as the wireless transmitters and it also has timecode input which makes the editors happy and it saves time and money for the producers.”

Curley also used the PDR on another movie, AXL due to premiere in August, about a boy who loves to dirt bike race and who encounters a robot dog escaped from the military. Curley used the Lectrosonics PDR extensively for the dirt bike shots.

“I put the PDR on the dirt bike racers, and they would ride around large racetracks as well as open terrain, and I was still able to get excellent motorcycle racing sound,” Curley adds. “These guys were flying 30 to 40 feet in the air and it didn’t matter because the unit was on their body, always recording. It was perfect. That wouldn’t be possible otherwise.”
Curley says of Lectro equipment in general, “Lectrosonics has become an essential piece of equipment in the film making world.”