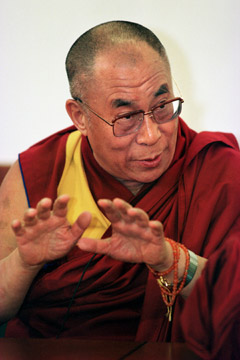 Vancouver, B.C., Canada – August 2006: At some point in time, most of us have been to a concert or other event where the sound was not what we had hoped for and, unfortunately, the entire experience ends up being severely diminished. This all-too-frequent state of affairs is precisely why test and measurement of a given venue is so critical—as it can make the difference between a great show and one you’d rather forget. So while wireless systems like Lectrosonics’ TM400 greatly simplify the measurement process by eliminating long cable runs between the calibrated microphone and the test equipment, who would ever have imagined using this same system for recording ambient sounds at a concert? Independent sound engineer Jamie Howieson—that’s who.

Ontario-based Howieson, a veteran sound engineer who, over the years, has plied his audio talents in support of artists including Avril Lavigne, Dido, Bryan Adams, Rod Stewart, and many others, has had so much success with his Lectrosonics TM400 wireless system for test and measurement that he couldn’t resist the prospect of using this same system as part of the recording setup for the forthcoming Dalai Lama’s public talk, scheduled for September 9th, 2006 at General Motors Place—the crown jewel of Vancouver’s sports and entertainment activities.

“I’m a big fan of the TM400,” states Howieson. “I never use a wire anymore when I take measurements. I have a wireless tablet PC running SIA’s SMAART that I use with my drive rig, so I just walk right into the zone with a Neutrik 3382 mic clipped to my shoulder and feeding the transmitter—it’s amazing. I can check my measurements and listen to the sound exactly as a paying customer would. You can’t do that when you’re running a cable back to the test station because, under those conditions, you end up being far more dependent upon the measurements alone. The only reason I can do this is because I have complete trust in my TM400.”

Because of its Digital Hybrid Wireless™ technology that uses a proprietary algorithm to encode digital audio information into an analog format that can be transmitted in a robust manner over an analog FM wireless link, the TM400 offers much higher dynamic range than wireless systems with a compandor can offer. In addition to being more accurate, this increased dynamic range is precisely what prompted Howieson to consider using the unit as a recording tool.

The Dalai Lama’s public talk focuses on the science of a compassionate life by preparing one to listen more deeply, to respect diversity and difference, and to be ready to receive insight. Sound reinforcement and recording for the event will be handled by Vancouver-based Audio Image, a well known audio services provider. FOH and Recording Engineer will be Mark Lecorre.

“I’m planning on working with a pair of Neumann KMS184s placed in the house and two TM400s,” said Howieson*. “The signal will be routed to a pair of preamps and then to Pro Tools. Mark will mix the audience response in with the dialog as appropriate. After the event, patrons will be able to buy a CD. We’re really looking forward to this. Compared to running thousands of feet of mic cable into the house positions, this arrangement with the TM400s will result in considerable time and labor cost advantages and an easier process by which we capture ambient sounds for this and future events.”