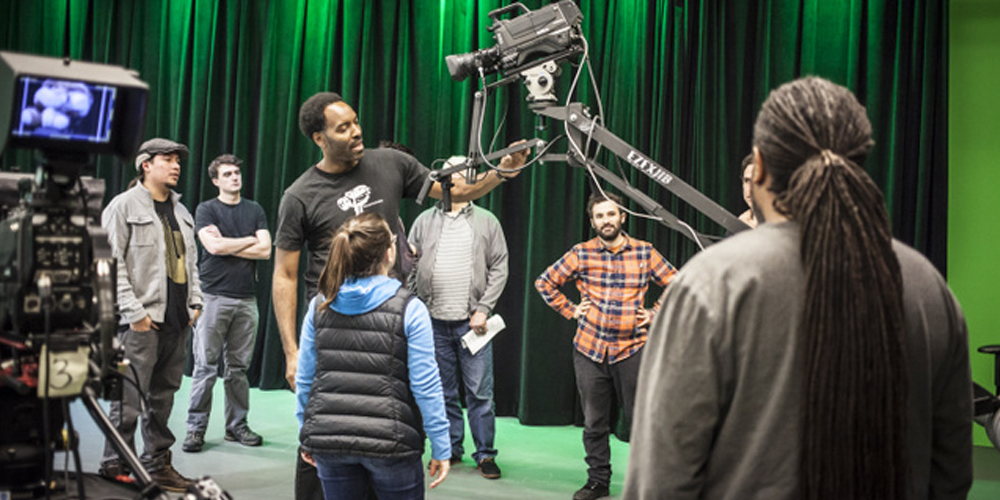 “The LT transmitters are super durable. That’s been a huge factor for us, because they get used by so many people in so many environments. None of them have needed repair in all the time that we have had them. And that’s made my job easier.”

The organization’s experience with the Lectrosonics equipment has been great, according to technical specialist Noah Dorsey, who started working with Portland Community Media seven years ago. “The Lectrosonics LT transmitters provide us with really clear audio and are easy to use,” he says.

Open Signal offers industry-standard cameras, software and gear for free to certified students, providing they share their content on the cable channels that the organization programs, which reach over 400,000 households in the Portland metro area. Community members must first get certification — part of Open Signal’s media education program — for the specific items of equipment before checking them out of the equipment library. Test-Out Certification for experienced filmmakers enables them to access resources without having to complete a certification course.

Dorsey comments, “The LT transmitters are super durable. That’s been a huge factor for us, because they get used by so many people in so many environments,” adds Dorsey. “None of them have needed repair in all the time that we have had them. And that’s made my job easier.”

Located in the city’s Eliot neighborhood, Portland Community Media’s facility closed at the end of 2016 for renovations, reopening earlier this year as Open Signal. The building houses two production studios that are available to certified media producers for the creation of TV shows, music videos, news reports or other content. Studio A, a 2,000-sq.-ft. space, offers five dolly-mounted cameras, video switcher, comprehensive lighting package and a cyclorama green screen, plus a digital audio mixing console. The smaller Studio B enables a single operator to control three robotic PTZ cameras from a control room and similarly offers a green screen cyc and digital desk.

The Lectrosonics transmitters and lav mics are available from Open Signal for studio or field use. “But they get used a lot more in the field,” reports Dorsey. “Because they’re wireless they’re more useful there.” As Open Signal notes on its website, “For high quality, direct-to-camera or ENG wireless audio, these lavalier mics are simply the best choice.”

Open Signal brings together the facility of Portland Community Media with former staff and programs from the Hollywood Theatre, former staff from the Regional Arts & Culture Council and annual support from the City of Portland. With a commitment to creativity, technology and social change, Open Signal makes media production possible for everyone, providing the skills, equipment, inspiration and we amplify local voices on five cable channels. Open Signal's primary funding is routed from the City of Portland via the Mt. Hood Cable Regulatory Commission, and the organization is moving toward a public-private funding model that will allow it to dramatically expand its programs and serve an increasing number of Portlanders. Open Signal curates programming for cable channel Pulse of Portland and additionally shares content with channels CAN, ITN 22 and ITN 23.