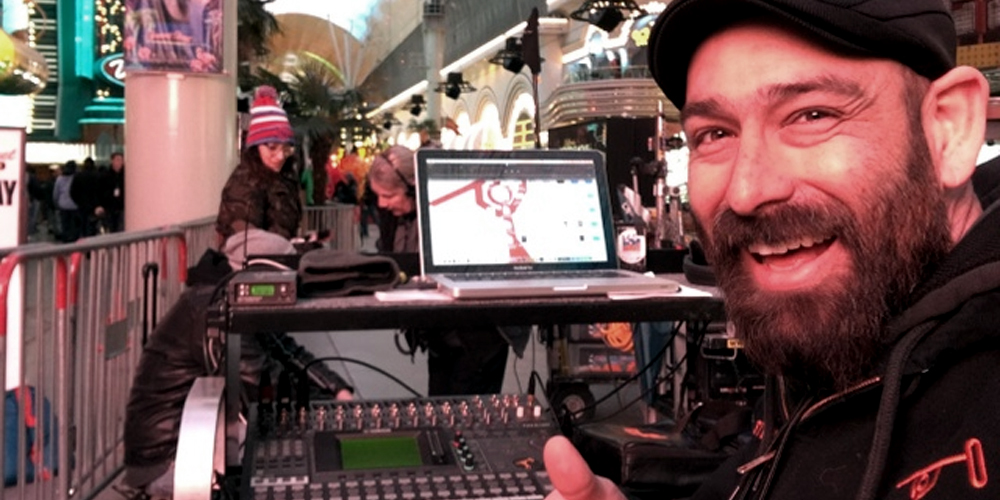 "By building an ideal ENG setup that is commonly used in reality work, a sound production mixer can also create the ideal bag and not just be tied to a cart, allowing them to have the ultimate flexibility to work on a variety of projects."

Las Vegas, Nevada (April 11, 2017) — At this year's NAB Booth #3322 (Central Hall), Lectrosonics is pleased to host a series of mini seminars for sound production professionals entitled "Not Just for Reality Anymore: A Look into Maximizing the Versatility of your ENG Package," presented by accomplished production sound mixer Fernando Delgado of Stickman Sound. These hour-long, hands-on seminars will be presented on Monday April 24th and Tuesday April 25th at both 11 am and 2pm each day at the booth.

Delgado, owner and founder of Stickman Sound in Las Vegas, is well known for his sound production on the reality TV series The Ultimate Fighter, having worked on more than 150 episodes. His recent projects also include work on the upcoming Tupac Shakur movie "All Eyez on Me," to be released later this year. Delgado also did the sound mixing for Blue Origin's live web stream of its New Shepard rocket, featuring the live launch and anticipated crash landing of the space rocket (which ended up landing perfectly instead).

During his NAB presentation, "Not Just for Reality Anymore: A Look into Maximizing the Versatility Your ENG Package", Fernando Delgado will explore the ideal ENG package that will allow sound production mixers to be most flexible in their approach to clients. "There is a tendency today to shoot everything in the same way that reality shows are shot. By building an ideal ENG setup that is commonly used in reality work, a sound production mixer can also create the ideal bag and not just be tied to a cart, allowing them to have the ultimate flexibility to work on a variety of projects," says Delgado. "I believe strongly in sharing ideas and experiences with peers so that we can ensure that our production sound community is as strong and successful as possible."

Registration for the NAB seminars is free to sign up each day at Lectrosonics Booth #3322, and space is limited to the first 20 registrants for each session.

Stickman Sound, Inc. was founded in 2004 by Fernando Delgado, and has since grown into one of the most well-known and established audio houses in Las Vegas. Graduating from Full Sail University in '97 with his degree in Audio Engineering Fernando has 19 years of experience in both live and taped television. His hard work and professionalism in the field has landed him multiple award nominations including an Emmy he received in 2005 for Outstanding Achievement in Live Audio for his work on live boxing. A graduate of the Las Vegas Academy of the Performing Arts, Fernando is a strong advocate for giving back and providing as much support as possible to the community. Most recently, he finalized the John Morris Scholarship for students attending the academy, created in honor of his favorite teacher who is responsible for inspiring his interest in technical theatre.
www.stickmansound.com