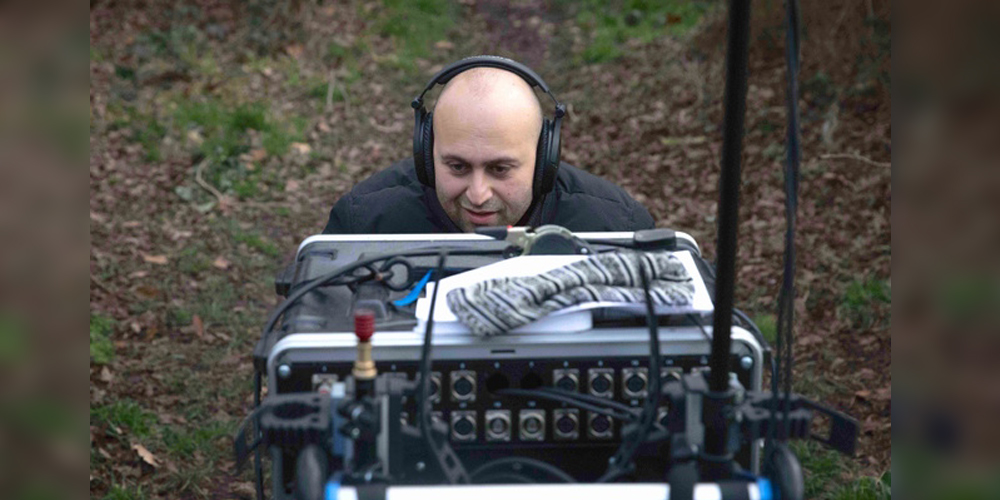 "Lectrosonics equipment is useful when you want to be creative — you're not worrying about range or the size of it – it's so reliable. There's no ADR, apart from additional lines. We got everything naturally. They are always my go-to"

As Albermaniche relates, director Marc Munden picked up on Coltrane's labored breathing during weeks of rehearsal for the drama and was excited to capture it to communicate the character's stress. "We spoke with the writer, Jack Thorne, and he added the influence of the breaths, the fact that Robbie is quite a big man and struggles to get up and walk, into the script," reports Albermaniche.

He continues, "We needed to build a system to capture every splutter, breath and sigh possible." The costume department sewed Sanken COS11 lavalier microphones in combination with Lectrosonics SMQV transmitters into Coltrane's clothes, Albermaniche says. "We recorded over four and a half hours of Robbie's breaths, in sync, naturally on the shoot. We used them all the way through, to create an additional layer of detail."

For a crowd scene filmed at the annual BAFTA Awards ceremony, Albermaniche deployed his full complement of Lectrosonics equipment, including an Octopack and a pair of Venue receivers plus SMV, SMQV and HM transmitters. "We had 200-plus extras and planted a dozen plus mics in various positions within the crowd. I had 12 channels running on two Venue receivers, and then we also ran an Octopack receiver to get all 16. It worked incredibly well. When you hear the crowd it's not Foley or library sounds."

Albermaniche says that he has struggled to run that many channels using other equipment. "Lectrosonics equipment is very useful when you want to be creative — you're not worrying about range or the size of the equipment – it's so reliable. There's no ADR required, apart from additional lines of dialogue. We got everything naturally. Lectrosonics are always my go-to."

He also hid Lectrosonics transmitters and Sanken mics in the costumes worn by Andrea Riseborough, who plays Coltrane's daughter. "Her character was more of a silent type, but we spoke with her and said, we need you to have those moments where you sigh or take a deep breath. Be specific, so that we can use them in the show. We had two SMV transmitters, the one-battery version, on her all the time, with COS lavs attached. We hid the transmitters in her costumes and she didn't even realize that she had them on. The Actors embraced having an SMQV on them at all times and with their reliability you know you can capture everything without any issues."

With the Lectrosonics transmitters stitched securely into the costumes, Albermaniche employed the LectroRM app, which delivers an audible tone to remotely control the devices. "A simple noise can turn it on or off, change the frequency, the levels," he says. "We would put the batteries in and put everything to sleep in the morning, and then get them sewn in. Everyone always talks about the dial-up tone noise. They would ask what I was doing and I'd tell them I was turning the mic on. We even played it loudly over a loudspeaker to change the levels when we were filming the award ceremony scene."

The crew additionally used Lectrosonics IFB transmitters and receivers on the shoot, which involved a lot of walking. "Marc likes to grab a monitor and walk with the camera. The Lectrosonics IFBs are unbelievable. They can go for miles."

Although Albermaniche has more than 50 feature films and numerous television productions to his credit, this production was a truly unique experience, he says. "To have an influence on the storytelling sonically is something I had never experienced before. Jack Thorne added a paragraph at the beginning of the script that explained the sounds he could hear the characters make. An actor's performance is not just their dialog but also their sighs, breaths, pauses, movements and more! Then you speak to him and say, 'I'm going to work with the characters' breaths.' And then those very aspects appear in the script! Director Marc Munden was incredible in ensuring we get all those unique moments and was pivotal in ensuring sound was a key and detailed aspect of the storytelling process. This project is my pride and joy."