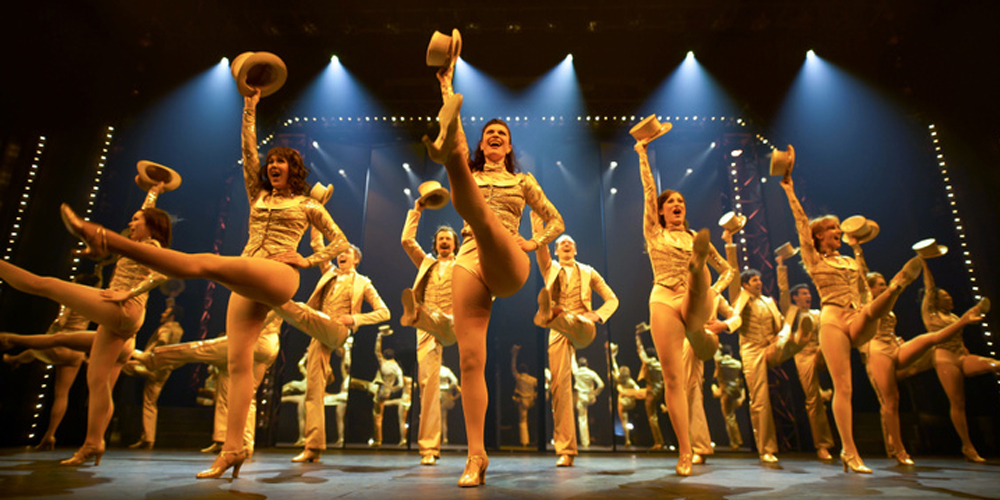 "The SSM really addresses the needs of the theatre market in terms of performance, sound quality and discreet size. I beta tested the transmitters when they were introduced, and having them perform so well on this production is really proof of concept."

Stratford, Ontario, CAN (November 1, 2016) — A Chorus Line, the nine Tony-Award winning musical by director and choreographer Michael Bennett with music by Marvin Hamlisch and lyrics by Edward Kelban, held its place as Broadway's longest running musical for more than 25 years after premiering in the mid-1970s. The musical, featuring a group of dancers auditioning for their spot on a chorus line in a Broadway musical, has been performed in countless productions around the world. But the recent premiere as part of the Stratford Festival's 2016 lineup marked the first time that the show has ever been modified – rearranged to take place on a thrust stage with the audience seated on three sides the show. With surrounding angles of the production continually in view, Lectrosonics SSM super slight micro transmitters played the part of delivering superior audio while remaining discreetly hidden on the performers.

Sound Designer and Theatre Consultant Peter McBoyle, whose long list of credits include shows such as Come Fly Away on Broadway and The Wild Party in Toronto had the opportunity to audition the SSM transmitters as a beta tester when they were first introduced last year. For this production of A Chorus Line, knowing all the challenges that a pop musical in a 1,800 seat thrust-stage theatre with performers wearing leotards and minimal clothing presented, he realized that the SSM transmitters were the ideal solution.

"This venue is always challenging because of the large thrust stage – at any given time, all the actors are exposed to the audience. A Chorus Line also required more volume with a pop sensibility to it than many shows that I've done at Stratford. And we also needed the smallest transmitter packs possible, as the cast members were wearing audition clothing like unitards and t-shirts," says McBoyle. "We chose the SSM because it really addresses the needs of the theatre market in terms of performance, sound quality and discreet size. I beta tested the transmitters when they were introduced last year, and having them perform so well on this production of A Chorus Line is really proof of concept."

More than 50 channels of wireless were used for the Stratford production of A Chorus Line. With 19 people in the cast who never leave the stage and no intermission during the show, two transmitters were used on each performer for redundancy.

"In a show like this, the ability to perform properly is at risk of being compromised by a lav mic element getting saturated with sweat or having hair covering it. So we made the decision here to double pack the main cast of performers in case a backup was needed, since they never leave the stage," adds McBoyle. "As we were confronted with having to hide two transmitters on each performer instead of one – size was a huge priority. The SSM transmitters were chosen for their compact size and superior sonic quality."