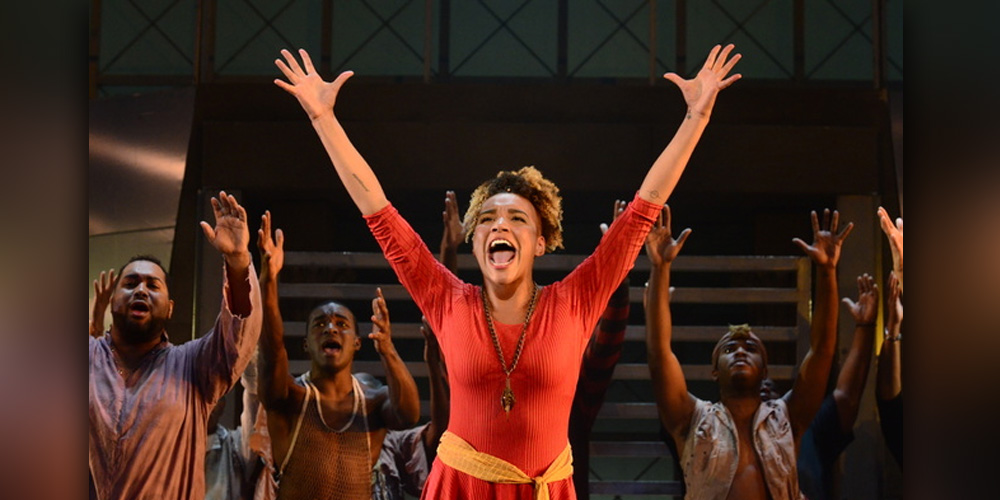 "We needed a system which was nimble and could cover us for some time as the frequency spectrum settles down and we all figure out where we are going to be. Lectrosonics fit the bill for us."

Pittsburgh, PA (September 20, 2016) — The historic Pittsburgh CLO (Civic Light Opera) which has been a resident company at the Benedum Center for the Performing Arts in the downtown Cultural District since 1988, upgraded its wireless microphone system at the beginning of its 2016 summer season with 36 channels of Lectrosonics Digital Hybrid Wireless® Technology. The new system, comprised of six Venue2 six-channel receivers and 36 SSM super slight micro belt-pack transmitters, arrived in time for the season program that included Chicago, Elton John & Tim Rice's Aida, Damn Yankees, Shrek the Musical, and South Pacific.

Christopher M. Evans is house sound engineer at the Benedum Center, a Pittsburgh Cultural Trust theater, and has been Pittsburgh CLO's sound designer and engineer for almost 30 years. The super-miniature form factor and ultra-light weight of the SSM belt-packs were two of the principal reasons for adopting the Lectrosonics system, he reports. "Our wig designer and the hair department are ecstatic. The biggest thing is that we are able to place two transmitters under a wig." The SSM belt-packs are paired with either DPA Microphones or Countryman lavalier elements.

The ability to place such a tiny wireless microphone transmitter—or two, for redundancy, in the case of the principals—beneath a wig is very important in musical theater. "The weight of transmitters can be problematic for actors who are dancing," says Evans. "The light weight and small size of the SSM are particularly beneficial and the transmitters are totally invisible. And when there's tap dancing in the show, we can use them to mike the taps on the individual dancers."

Evans, who first saw the SSM at an AES Convention in New York, recalls, "I was frankly floored by the size of the SSM. I couldn't believe that it actually existed."

There are numerous broadcast transmitter sites on the hills above Pittsburgh and there are five other theaters plus a baseball stadium and a football stadium in close proximity to the Benedum Center. Consequently, the organization required a wireless microphone system that would be impervious to the local RF environment. "We needed a system which was nimble and could cover us for some time as the frequency spectrum settles down and we all figure out where we are going to be," says Evans, referring to the potential long-term outcome of the FCC's Broadcast Incentive Auction, currently underway. "Lectrosonics fit the bill for us." Venue2 incorporates Lectrosonics' new iQ™ dynamic tracking filters and a very wide tuning range, enabling very tight channel spacing and exceptional rejection of out-of-band RF energy.

The RF environment within the venue can also be very busy during a production, making frequency agility and stability all the more important. "We also have a lot of communications, so we are up around 50-plus channels of RF," says Evans.

There are various other features of the Lectrosonics system that the production crew enjoys, he continues, including the Wireless Designer monitoring and control software. "I really like the computer interface. We set up a series of large screens; that was really helpful for us. The deck person, who was managing all of the wireless during the productions, was able to see very quickly what was happening and if we had any RF problems."

With the SSM transmitters typically buried beneath wigs, costumes or other theatrical devices, Evans makes extensive use of the LectroRM app on his Android phone, he says. "We did a production of the musical Shrek. The actor playing Shrek was double-miked and there was silicone all over his face because of all the prosthetics. Having the remote for that and being able to adjust gain and other things on the actors using the LectroRM remote control was very, very helpful. Although," he laughs, "it kind of freaked out the actors the first time."

In addition, New York-based Broadway and musical theater sound production provider Sound Associates provided a custom Apple iPad touch screen remote. "I can plug a pair of headphones into that. We can place it anywhere we need it, touch a channel and very quickly monitor that signal."

Pittsburgh CLO premiered at Pitt Stadium in 1946 and today provides year-round entertainment through its celebration of musical theater. The not-for-profit cultural organization has been involved in more than 20 Broadway shows as an investor or producer. Pittsburgh CLO is a founding member of The National Alliance for Musical Theatre and a member of The Broadway League.