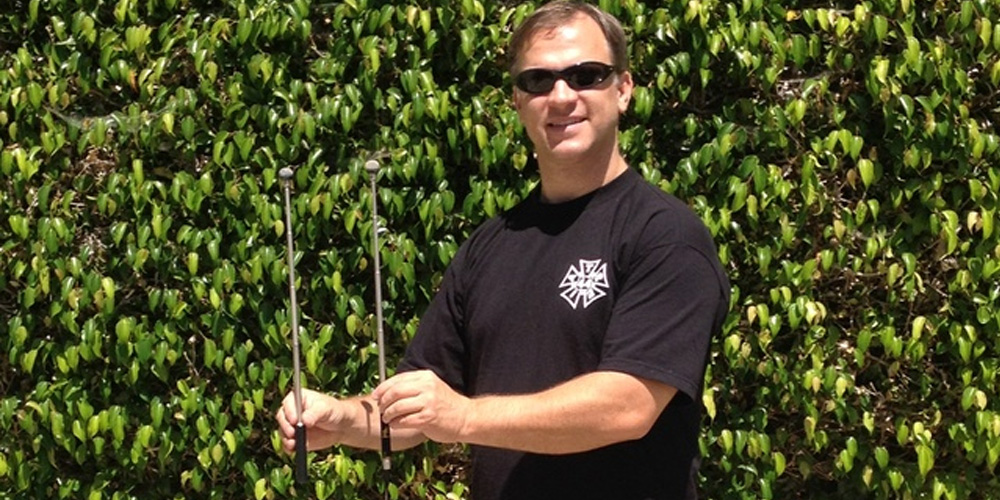 “It’s one thing to get sound--but to get broadcast quality sound and beautiful, flawless sound--is an entirely different thing. It sounded incredible, like she was standing right next to me.”

New York, NY (August 24, 2016) — Ask anyone over a certain age what they remember about the Match Game and they will undoubtedly recall presenter Gene Rayburn, who hosted the daytime game show’s initial run from 1962 through 1969, and his iconic skinny handheld microphone. ABC has recently revived the show with new host Alec Baldwin wielding an enhanced replica of the original microphone. The replica microphone, which was developed and built by Prop Master Jerry Carnett in coordination with sound mixer Jorge Silva, makes use of Lectrosonics Digital Hybrid Wireless® technology, incorporating the smallest full function transmitter available today, a Lectrosonics SSM micro belt pack transmitter.

According to Carnett, Match Game’s producers wanted to recreate the show with as many elements as possible from the original production. “They wanted the iconic shape of that microphone and they really wanted it to be functional, not just a prop,” he says. The microphone is such an integral part of the show’s image that it has been a central feature in several of Alec Baldwin’s promotional clips and photographs, and the host often jokes about it with his guests.

“The other thing was that it needed to be wireless,” adds Silva, a New York-based freelance engineer and mixer whose work also includes The Dr. Oz Show, Metropolitan Opera broadcasts, Broadway shows and the recent political party conventions. He mixes the production at ABC’s West 56th Street facility. “Putting a typical plug-on transmitter at the bottom was not an option — it didn’t go with the look. The transmitter had to be as small as possible, so we chose the SSM,” he says. Silva was familiar with Lectrosonics products and the SSM transmitter and suggested to Carnett that he might be able to use it. After dissecting the SSM transmitter, Carnett determined that not only were the internal electronics very well designed, but that the solidly built body with the very secure LEMO 3 pin connection would be able to hold up as the base portion of the slightly top heavy microphone.

Since the original microphone is now a historical artifact, Carnett, who is based in Los Angeles, purchased an exact model of the similar 1960s Sony ECM-51 on eBay and used it to engineer a replica for the new show. The customized telescoping tube is topped with a DPA 4060 lavalier microphone capsule inside the Sony windscreen, wired into the Lectrosonics SSM at the base. John Castellanos at Location Sound Corp. in Los Angeles supplied the Lectrosonics transmitters, and offered technical support.

Silva reports that his production mix typically uses a combination of the handheld mic with Alec Baldwin’s lavalier. “I use 40 percent lavalier and 60 percent wand microphone. It makes it smoother,” he says. “But I print them to separate tracks so the post people can use them if they need to.” The production purchased another module for its Lectrosonics Venue receiver to accommodate the new handheld microphone.

“I had to slightly modify the outside of the transmitter to be able to fit it together,” continues Carnett. “I merged the Lectrosonics transmitter into the mic in such a way that it would make the slimmest possible housing and allow Alec Baldwin to perform with it without worrying about it, and without interfering with the transmission. My assistant, Lisa Rothstein, and I did a test standing 675 feet apart. “It’s one thing to get sound--but to get broadcast quality sound and beautiful, flawless sound--is an entirely different thing. It sounded incredible, like she was standing right next to me.”

“One of the things that I was concerned about was handling noise, but it’s very minimal,” says Silva. “Jerry used a lot of carbon fiber in the tube, so it’s very solid, and the fact that the transmitter is so light means that it balances the wand. Alec Baldwin holds it with three fingers and has found the balance point. Sometimes he will grab the transmitter from below and cup it in his palm, but that hasn’t even been an issue — the RF still remains strong. But then the RF is always very solid with Lectrosonics.”

The new Match Game recently premiered this summer and airs on Sundays at 10 p.m. as part of ABC’s Sunday Fun & Games block.