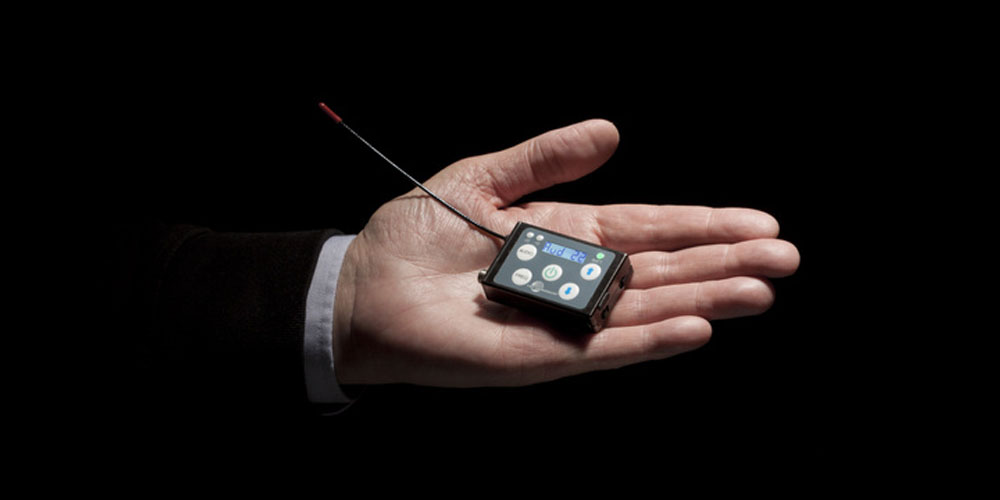 Rio Rancho, NM (October 13, 2015)--Lectrosonics is proud to announce that it has received a 2016 TEC Award nomination for outstanding technical achievement in product design innovation and production for its SSM (Super Slight Micro) transmitter, the smallest full-featured bodypack transmitter available today. Presented annually by the NAMM Foundation at The NAMM Show, the NAMM TEC Awards recognizes the individuals, companies and technical innovations behind the sound of recordings, live performances, films, television, video games and other media.

Nominated in the TEC Award category of Wireless Technology, the SSM is a member of the company’s acclaimed Digital Hybrid Wireless® Series. The unit is fully compatible with all current Lectrosonics receivers including the UCR411A, SR Series, L Series, and Venue Series, along with several older models via compatibility modes. The SSM features a wide tuning bandwidth of three standard Lectrosonics blocks or up to about 76 MHz depending on the specific frequency range. RF power is selectable at 25 or 50 mW for flexibility in various applications. Dimensions for the SSM are 2.53 x 1.48 x 0.57 inches or 64.25 x 37.6 x 14.5 mm, and weight is 2.3 oz. or 66 grams, including battery.

"The SSM is a very exciting product for Lectrosonics and is the result of detailed research and development by our R&D team as well as suggestions and ideas from our customers,” says Karl Winkler, VP, Sales and Service for Lectrosonics. "We are thrilled that this innovative product has been recognized by the TEC Awards."

The SSM features an all-metal housing and uses the rugged, industry standard Lemo 3-pin microphone connector common to other bodypack transmitters used extensively in theatrical and TV applications. Thus, existing lavaliere and headworn microphones already terminated with this connector can be used with the SSM without an adapter. Different bias voltages and termination impedances can be selected via the transmitter's menu for optimum performance with a wide range of microphones. Pre-set values for several microphones are included as menu choices for DPA, Countryman B6/E6, Sanken COS-11, Sennheiser MKE1/MKE2, along with standard dynamic microphones and line-level input sources.

An infrared sync port on the SSM allows for quick setup with compatible receiver systems. A backlit LCD allows for ease of setup in any lighting conditions. A micro-B USB port makes it possible for firmware updates in the field as advanced features are added in the future. The SSM responds to remote commands for frequency, audio level, sleep modes and other settings from the RM remote unit or 3rd party smartphone apps. The hardened, stainless steel belt clip can be securely attached or easily removed without tools. The SSM is powered by an included 3.7v rechargeable lithium-ion flat pack battery.

About the TEC Awards

Held during The NAMM Show in Anaheim each year, The NAMM TEC Awards are the “Oscars” of the pro audio and sound recording industry. It’s where the most outstanding products in the worlds of music making, live performances, video games, television and films are recognized and where creative luminaries are celebrated for their musical contributions. TEC Awards nominations are made by a panel of industry professionals and voted upon by members of various professional organizations and audio industry websites. Nominees are selected in 31 categories: Technical Achievement (23 categories) and Creative Achievement (8 categories). Eligible nominees are those projects or products that represent superior accomplishment in their respective fields. In December, invitations to vote are sent to subscribers of Mix, Pro Sound News, Pro Audio Review, Sound & Video Contractor and Electronic Musician magazines, as well as members of the Producers & Engineers Wing of the Recording Academy, Game Audio Network Guild and select members of NAMM. The winners’ will be named at the 31st Annual NAMM TEC Awards Ceremony, to be presented on Saturday, January 23, during the 2016 Winter NAMM Show. www.tecawards.org