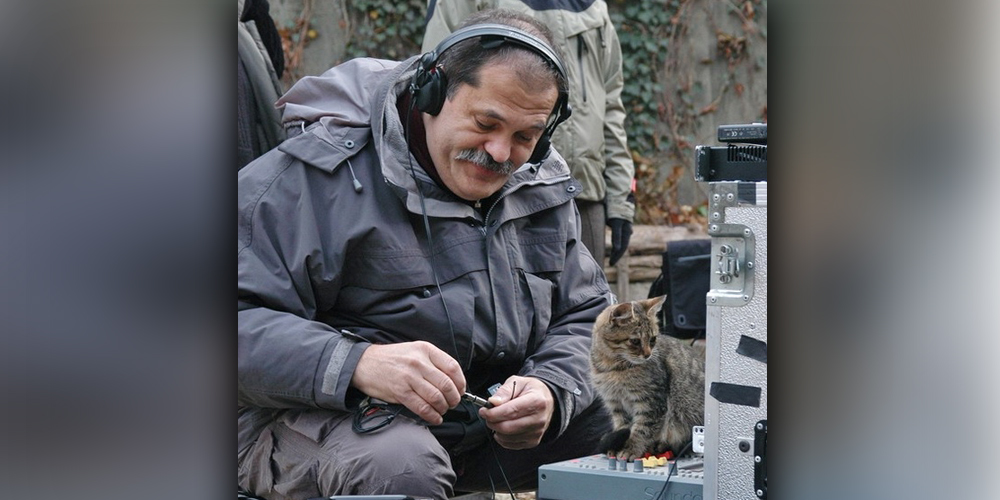 Ottó’s Motto is: “Move with the times! This is the reason why I always use the latest, state-of-the art-equipment available for my work”

Budapest, Hungary (June 11, 2015) — Sound Recordist Ottó Oláh has been in the movie business for more than 30 years, and has worked as a location sound recordist on more than 25 films internationally, including several blockbuster American and European films, as well as several television shows and commercials. And he has come to rely upon the sound quality and flexibility of Lectrosonics SMb transmitters to help him meet the challenges of location sound work.

According to Ottó, the duties of a production sound engineer in Hungary are challenging like everywhere else in the world, consisting of shooting sessions in extreme weather conditions, or on heavy terrain or in a very dark studio. In Hungary, according to Oláh, “It is required that I know the A to Z’s of the sound profession – from recording to supervising post-production, which is an overall knowledge that is very useful in my approach to work.”

Recently, Ottó recalled the challenges of working on the film, Álom.net (Dream.net) for director Gábor N. Forgács, which captures both the action of a boys’ high school basketball team and high school cheerleaders rooting for them. While capturing the sounds of the basketball training and dialog was difficult enough, Ottó’s real challenge was getting the sound right for the cheerleaders. The difficulty was not only that the cheerleaders were often simultaneously, cheering, chatting, jumping and shouting – their tiny costumes for the film consisted of very short miniskirts and half tank tops.

“The Lectrosonics SMb transmitters were the perfect solution, says Ottó, who purchased them from Lectrosonics’ distributor in Hungary, TWELCO. “The SM Series transmitters are so small that we could hide them in the tops; we just had to be careful when taping down the mics so the girls were ready for exercise. The unique RM remote control helped in setting the frequency and audio gain, sleep, wake, lock and unlock modes. The RM was working fine but the boom operator always looked for the SM transmitter on the cheerleaders, Sound quality was, of course, beyond reproach and with a 12-track file-based recorder, we could also handle the scenes with many actors.”

With this experience with Lectrosonics, Ottó was confident when working together with this director during the shooting of their next film together, Pillangók (Butterflies), even when shooting a scene where the little boy in the lead role was talking to his friends while player soccer on the field.”

In terms of choosing Lectrosonics and other equipment to help him master the challenges, Ottó has a firm motto:
“My motto is: Move with the times!, he says, “This is the reason why I always have the latest, state-of-the art-equipment available, which, along with my experience and knowledge, allow me to work on any number of varied international film, commercial and television productions.”