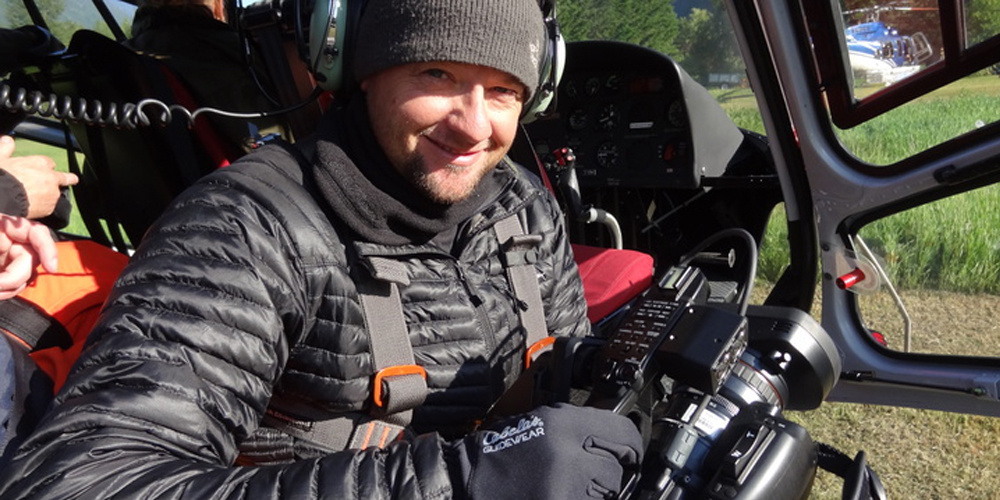 Denver, CO (March 05, 2015) — Camera operators in the world of extreme reality television production need their equipment to be robust, reliable and lightweight. For High Noon Entertainment, one of the most prolific unscripted/reality programming producers in the United States, Lectrosonics Digital Hybrid Wireless audio equipment covers all the bases, offering rugged, dependable and versatile solutions without unnecessarily weighing operators down.

“Lectrosonics SR series receivers have been huge for us,” says Andy McDonald, director of photography at High Noon Entertainment, which was founded in 1997 in Denver, CO, with offices now also in Los Angeles and New York. “As a camera operator I’m always trying to find ways to make my camera lighter. The Lectrosonics dual-channel SR is our go-to and it’s the receiver that I’ve been buying the most.”

McDonald has been especially impressed by the Lectrosonics SRa5P, he says. That particular version represents an upgrade to the standard SRa receiver that enables both channels to be fed into the Panasonic AJ-HDX900 camera favored by many reality TV producers. “We upgraded one to see how it was,” he says. “And the results were so impressive, it was-- it was awesome. So we’ve upgraded all of our units to SRa5Ps.” McDonald estimates that the company currently owns about 10 of the Lectrosonics receivers.

McDonald can be forgiven for not knowing exactly how many SRa5P camera-mount modules the company owns. High Noon Entertainment, which was acquired by U.K. network ITV in 2013 and is in the top five of U.S. unscripted show producers, is usually working on more than two dozen shows at any one time, he reports. Productions include Discovery’s Cake Boss, HGTV’s Fixer Upper, the Travel Channel’s Trip Flip and The Weather Channel’s Prospectors.

On larger productions with many more channels of wireless audio, McDonald will often bring in independent sound mixer Bruner Dyer and John Sayles and his Usable Audio team. “These guys are my gurus of sound, my two mad scientists of audio—and their entire arsenal is all Lectrosonics,” he says.

To offer one large-scale example, the Food Network’s Last Cake Standing included eight contestants, each with an assistant, along with four judges and a host. “Plus, there was a producer for each kitchen, and each producer had an IFB. A lot of time we use UCR100 belt-pack receivers for IFB,” he says. That’s a lot of wireless channels, but as McDonald points out, “The versatility of the Lectrosonics units allow us to be frequency agile. We usually use block 21 and block 26; you can see the brown and blue antennas sticking up.” (Antenna caps are color-coded using the standard resistor band color corresponding to the last digit of the block number.)

Yet not every show employees a sound mixer. “Sometimes I’ll be sent out with just a producer. I’ll have as many as two SR units stacked on my camera. That’s another thing I love about Lectrosonics—I only need two units to receive four channels,” he says. “We use the UCR401 receiver if it’s just a single microphone going into a smaller camera. We’ve also used the UCR100s, the 200s and the 411a’s.”

High Noon’s high-end talent, which includes the Food Network’s Rachael Ray and Guy Fieri, VH1’s Steve and Joann Ward, TLC’s Buddy Valastro and History Channel’s Terry Schappert, will often use SMV and SMQV body-pack transmitters. For participants in the extreme outdoor shows, “We use the waterproof WM transmitters a lot of the time,” he adds. “The nice thing about Lectrosonics systems is that they’re robust. Lectrosonics is my product of choice because of the versatility and durability.”

McDonald continues, “Dude You’re Screwed, a survival show we do for the Discovery Channel, is one of the shows where we really need durability and range. We exclusively use the WMs—our talent has gotten so used to them that they jump in the water without any remorse. The variable output is also key. When we’re at Basecamp we don’t need that much range, so we dial them back and the batteries last longer. But when we’re out in the elements we need as much range as possible because some of those guys—one is an ultra-marathoner—like to run in the woods. So we dial it up to 250 mW and let them go.”

Lectrosonics customer support is a huge factor for McDonald. “The Lectrosonics service department has been a life-saver,” he adds. “With Lectrosonics, I sat down and talked to my local rep for two and a half hours about subjects like what we use the equipment for and the features that we are looking for. Lectrosonics is one of the few manufacturers that I work with where I have that kind of relationship, and it’s amazing. They allow me to actually have input into the products that they are creating.”