Audio quality and robust performance ideal for use in challenging environment 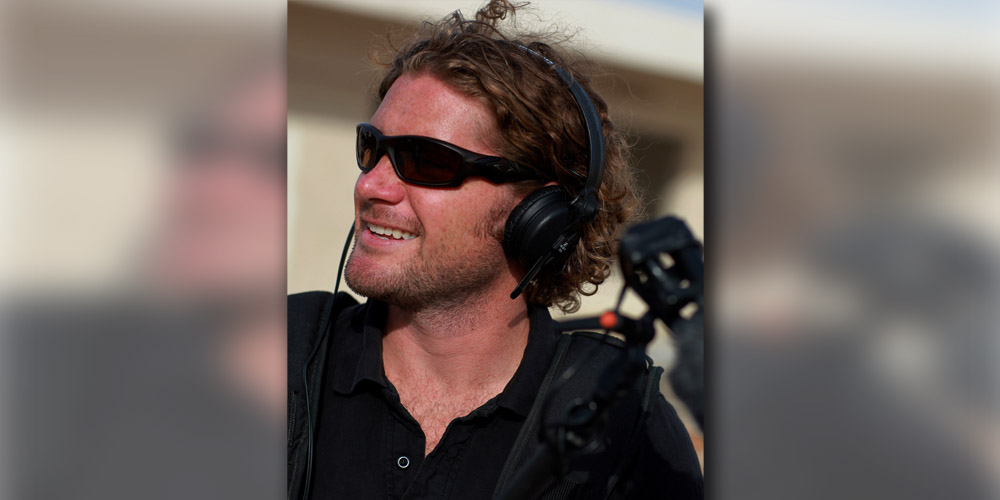 Dubai, U.A.E – December, 2014… Now in its second season, National Geographic Channel’s Ultimate Airport Dubai chronicles the day-to-day activities at Dubai International Airport—one of the busiest hubs on the planet. With 70,000 staff members working to accommodate a daily average of 182,000 passengers moving through the facility, the show provides a close-up look at what it takes to contend with the planes, stressful situations for staff to deal with, smugglers to stop, and colossal engineering projects to complete. Documenting the activity is no small challenge—but the show’s audio production is made easier by the use of Digital Hybrid Wireless® technology from Rio Rancho, NM-based Lectrosonics.

Based in Dubai, Tom Savage, the British cameraman / soundman who serves as one of the show’s Location Sound Engineers, is no newcomer to high profile TV work. His background encompasses a myriad of projects for companies such as the BBC, ABC, Associated Press, ESPN, the Discovery Channel, and Thomson Reuters to name but a few. He takes particular pride in his contribution to Shooting the Messenger, Al Jazeera's documentary on the deliberate killing and intimidation of journalists in conflict zones, which has been nominated for a prestigious Emmy® Award. He discussed his fondness for Lectrosonics wireless microphone products.

“Ultimate Airport Dubai Season 2,” Savage reports, “is produced by Arrow International Media for Nat Geo. The second season started airing on October 29th. For this show, I was working with four Lectrosonics UM400a beltpack transmitters plus one HM plug-on transmitter and, for receivers, I was using the company’s SR Series dual channel slot-mount ENG units. For the most part, we used an average of four channels for any given day of shooting.”

“The Lectrosonics equipment has been absolutely brilliant with their range and quality of sound during this project,” Savage continued. “Providing clear audio while working in and around a bustling airport with a countless number of obstacles to contend with is no small challenge, and my Lectrosonics gear handles it all really well. With all the planes taking off and landing, trucks, construction work, and numerous other obstacles that routinely come between the transmitter and receiver, I’ve been really impressed with how easy the equipment is to use and the audio quality I’ve been capturing.”

Savage also reports that, with the constant moving about amid this incredibly busy, congested airport, not to mention the heavy RF traffic, the Lectrosonics gear handles the daily grind really well. “I’ve been very impressed with Lectrosonics durability,” he says. “We work among some pretty extreme temperature variables with really high humidity—frequently near 95%—and the gear never blinks. This equipment also takes its fair share of knocks. It routinely gets bumped when passengers run up and down the stairs, jump in and out of cars, and so forth. I find this equipment light and easy to use, which makes all the difference when you’re working in this type of environment.”

For someone in Savage’s line of work, knowing that your equipment manufacturer ‘has your back’ is vitally important. Here too, Savage gives Lectrosonics high marks, “My experience with Lectrosonics’ customer and technical support services in the U.S. has been brilliant. Their staff is very easy to work with, knowledgeable, responsive, and very professional. I once had to get my HM transmitter repaired and the representative for the Middle East and Africa went out of his way to put me in contact with the ‘the mother ship’ so I could get my transmitter working again. I was really impressed.”

As he prepared for another day’s shooting, Savage offered these parting thoughts, “I’ve been using Lectrosonics for four years and have had a very positive experience. Being able to deal with extreme heat, humidity, sand, dust and other conditions for months on end for over twelve hours a day without even a glitch is no small accomplishment. The gear sounds great, is incredibly reliable, and I couldn’t be happier with the service and the professionalism I’ve encountered from the company.”

To learn more about Tom Savage, visit his website at www.camera-and-sound.com.