Kevin Richardson Gets Up Close And Personal With Lions 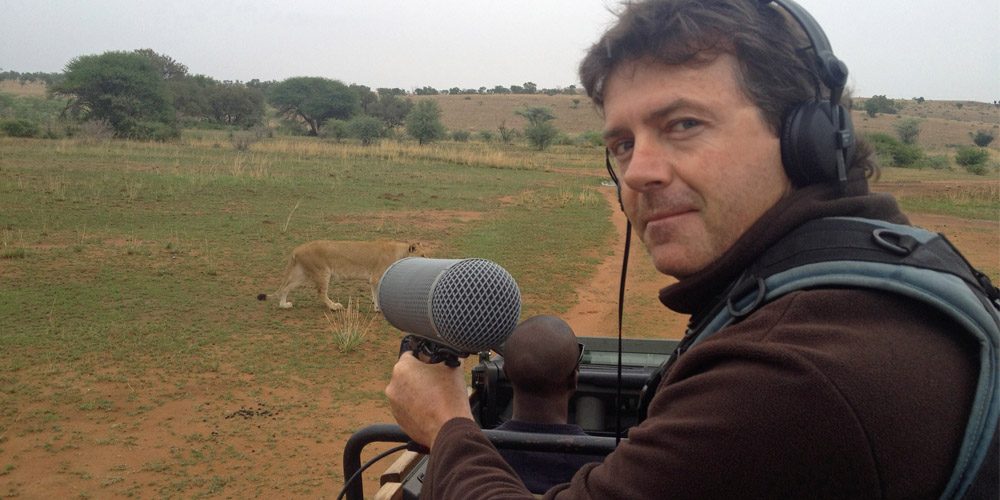 Cape Town, South Africa – December 2014… Face it, there simply aren’t many people who love getting physical with lions! In the case of South African animal behaviorist Kevin Richardson, it’s a passion! He has slept next to, fed, and lived with lions. Along with lions, he has worked with cheetahs, leopards, and hyenas. Richardson relies on intuition rather than static rules and, in doing so, has gained the trust of these animals. Play tends to get quite physical. Hence, when documenting his activities for an upcoming show on British Sky Broadcasting’s Sky 1 TV, the electronics used to capture audio have to be robust. That’s precisely why Location Sound Recordist Sebastian Dunn relies on Digital Hybrid Wireless® technology from Rio Rancho, NM-based Lectrosonics.

Sebastian Dunn has been working in location sound since 1993. The first milestone in his career occurred when he covered the post-apartheid elections in South Africa for Sky News. In 2013, he was nominated in the Sound Factual category for the illustrious BAFTA Television Craft Awards. The nomination was received for his work on Brazil with Michael Palin, of which he is particularly proud. With credentials like these, Dunn knows what it takes to capture sound. He discussed his use of Lectrosonics equipment.

“I’ve been using Lectrosonics gear for over 20 years,” Dunn reports. “I started with the company’s M185 transmitters and CR185 receivers, later upgraded to the UM and SM transmitters, UCR411 receivers and, from there, I acquired SMQV super miniature transmitters and SRb dual slot ENG receivers.” 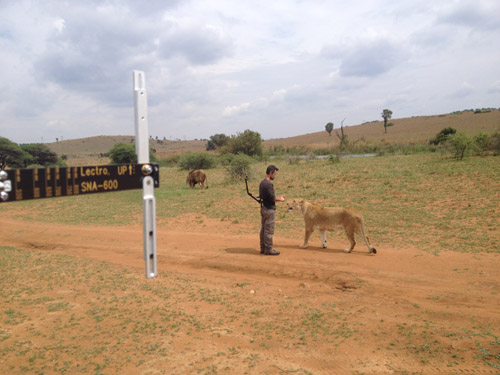 “The 4-part series has the working title The Origin of Cats, Dunn continued. “The production company is Bristol based Offspring Films in the UK and the show will ultimately air on Sky 1 TV in the UK. The show is slated for release mid-2015. My contribution to the show took place in Namibia and South Africa and for this, I used two SMQV’s and the SRb—both on block 26. I also used a Lectrosonics SNA600 dipole antenna.”

“Throughout most of my career,” he explained, “I’ve been travelling and, for the most part, working in technically challenging environments. Having used almost every wireless system on the market, there is none more robust and durable than Lectrosonics. I’ve successfully used them in extreme 130 degree heat as well as sub-zero environments. As my locations are always so varied and unpredictable, I can’t always check frequency compatibility but, for the most part, have not encountered problems severe enough to rule out the use of wireless mics. The SNA600 antenna is also a valuable part of my kit—particularly when the RF range is questionable. The addition of the LectroRM app for my iPhone has also been extremely useful so that I can make hasty changes on the fly.”

Dunn described what the Lectrosonics equipment typically encountered with Kevin Richardson. “The fully grown lions can be very rough and physically jump on him and push him around,” says Dunn. “When I asked to wire Kevin up, he said it was a huge risk. Having worked with many film crews in the past, Kevin said that most transmitters got damaged by his lions. When I mentioned that I only use Lectrosonics transmitters, his eyebrows lifted! ‘They’ll handle the punishment’ he said. Reluctantly, I clipped my SMQV onto the inside of his belt.”

“Once the crew was safely on the vehicles,” Dunn added, “the female lioness Olivia was released and immediately launched herself onto Kevin—knocking him right off his feet. For 5 minutes, they ‘played’—with the 300 pound lioness rolling onto him and knocking him about like a ragdoll. The audio was solid throughout the interaction. Then Kevin said that the vehicles were too much of a distraction for the lions. He wanted to go further into the bush to get away from us. We mounted a few GoPro camera’s onto him and off he went. I estimate he went a third of a mile away but, with the use of the SNA600 antenna, my signal was rock solid.”

Before turning his attention back to business, Dunn offered these comments on his Lectrosonics experience. “Living in South Africa, I’m pretty far from Lectrosonics. With that said, the company’s support services have been very responsive. I’ve always been very pleased with the company’s service. I’ve been a loyal supporter of Lectrosonics for the last 20 years and, due to their products’ robustness and durability in the field, I will continue to remain one. I’ve had a great experience.”

For information about Sebastian Dunn, visit him online at www.dunnaudio.com.