Lectrosonics Wireless Technology Helps Make "Under The Skin" A Thriller 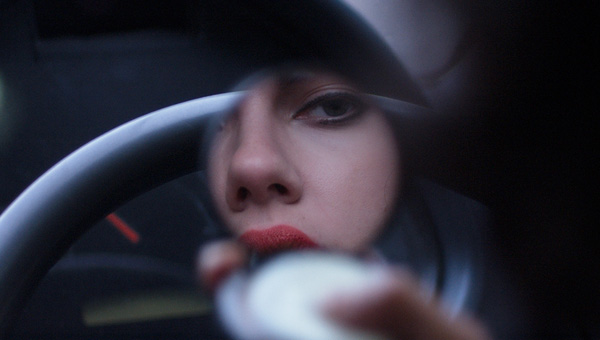 London, England – February 2014… Directed by Jonathan Glazer, the film Under the Skin is a science fiction thriller starring Scarlett Johansson. Adapted from Michel Faber's 2000 novel of the same name, Under the Skin is about an alien sent to Earth by a rich corporation to prey on unwary hitchhikers in Scotland. Part road movie, part science fiction, it's a film about seeing our world through alien eyes. While the visuals are certainly haunting, the audio really adds to the suspense—and much of it was captured using Digital Hybrid Wireless® technology from Rio Rancho, NM-based Lectrosonics.

Nigel Albermaniche served as the film’s production sound mixer. With over 50 feature films to his credit, including the acclaimed Killer Elite starring Robert De Niro, Jason Statham, and Clive Owen as well as Academy Award Winning Director Kevin MacDonald’s How I Live Now, Albermaniche certainly knows the ins and outs of location sound. He discussed his use of Lectrosonics’ equipment on Under the Skin, which included two Octopack portable multicouplers outfitted with SRb dual channel slot mount ENG receivers, multiple SMQV and UM400a transmitters, UCR411a receivers, two T4 IFB transmitters, and twenty-two R1a IFB receivers—all of which was augmented by the use of four ALP500 log periodic dipole array antennas.

“I’ve been a huge fan of Lectrosonics equipment and have used a lot of their equipment over the past eight years,” Albermaniche reports. “I’ve used their gear on over 50 feature films and am always impressed with the equipment’s sound quality, compact form factor, durability, and range. Even when the fins are squished in a bag, the range of this equipment holds up incredibly well, with no dropouts at all!” 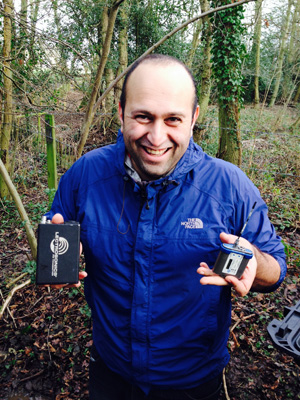 “The quality of audio of this equipment is phenomenal and, no matter how difficult the circumstances were, everything worked without a hitch,” he continued. “In one case, Jonathan [Glazer] was in a building close to the street where we were shooting and I was at the traffic light— the midpoint between the director and the action—while Scarlett was another building away getting ready to come ‘round a corner. Using the IFBs, he managed to communicate to her without any dropouts. All the while, I was in the middle getting perfect range on her SMQV. The ALP500s where squashed in a sports bag and yet, they performed just as they should. The audio quality, range… everything, it all worked beautifully. Simply sensational! I've never been happier! I have the utmost trust in this equipment.”

While Albermaniche clearly likes all of his Lectrosonics gear, he was particularly fond of the performance from the SMQV and UM400A transmitters as well as the UM400a receiver. “The Lectrosonics SMQV’s have been tremendous,” he says, “not only in terms of their battery life but also in how they maintained range when we recorded motorbikes and the van in sync! The UM400a was fantastic for sending signal to where the director was and Jonathan Glazer never lost range—ever! Also, playback sound through the UCR411a was sensational! For the whole shoot, nothing went wrong! The gear was incredible in these circumstances!”

As he prepared for his next project, Albermaniche offered these final thoughts, “In all honesty, my Lectrosonics kit has been incredible. No matter what crazy situation I find myself in, it never ceases to amaze me how magnificent the performance is! Combine this with the brilliant customer support and wonderfully family-orientated atmosphere the company provides and I ask you… Why would I ever go anywhere else?”

To learn more about the services of Nigel Albermaniche, visit his IMDb profile at www.imdb.com/name/nm3040454.