"The Who's Tommy" Rocks With Lectrosonics 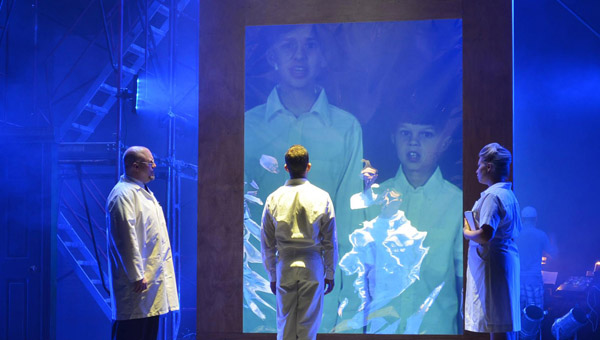 Cleveland, OH – September 2013… Of all the musicals associated with rock music, few have achieved the critical acclaim of The Who’s Tommy. Written by The Who’s guitarist / vocalist Pete Townshend and theatrical director Des McAnuff, the musical is based on The band’s 1969 double album rock opera Tommy. On July 29th at the Tri-C Eastern Campus Theatre, this ever popular musical came to life once again—serving as a one night only benefit for Broadway Cares / Equity Fights AIDS. The performance was a resounding success and contributing to the show’s first-rate sound reinforcement attributes was none other than Digital Hybrid Wireless® microphone technology from Rio Rancho, NM-based Lectrosonics.

Carlton Guc, President of Northfield, OH-based Stage Research, Inc., creators of SFX™, a popular format for sound playback and a provider of software and hardware solutions to the theatrical and related industries, served as Sound Designer and audio mixer for the show. In an effort to ensure the best possible audio quality for the performance, the Lectrosonics wireless microphone equipment Guc specified included two LMa beltpack transmitters, four SMQV variable power, super-miniature beltpack transmitters and, on the receiving side of the equation, a Venue modular receiver mainframe fully stocked with three VRS and three VRT receiver modules. Guc described his experience with the Lectrosonics equipment.

“Nothing compares to Lectrosonics,” says Guc. “I am consistently impressed with the performance of the company’s equipment. The sound quality is excellent and the RF setup is quick and painless. For this show, we mated the Lectrosonics systems with Countryman B6 omnidirectional lavaliere microphones and, together, the audio quality was flawless.”

One of the most important considerations for using wireless equipment is the availability of open, or free, radio frequencies. In this regard, Guc says Lectrosonics score big points. “RF coordination was tough on this show,” he explained, “as the area is quite congested. But Lectrosonics filtering on the antenna side allows for tighter frequencies without any intermodulation issues and the transmitters themselves are quite easy to set.” 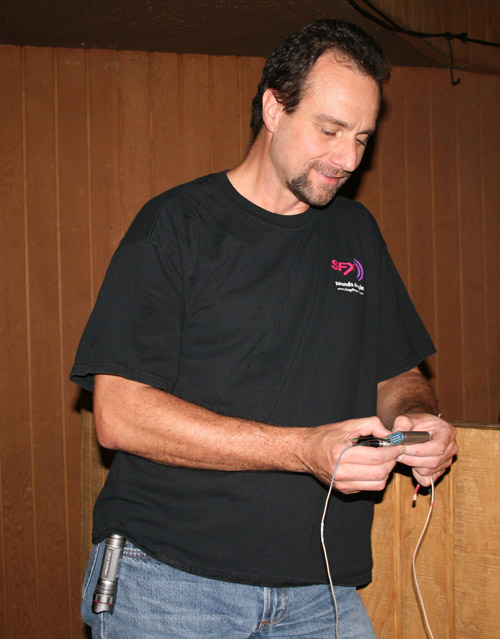 Guc reports that Lectrosonics’ rugged build quality and, in the case of the SMQV transmitters, the incredibly small form factor makes the equipment a terrific choice for theatrical applications. “The SMQV transmitters are really small and this makes them easy to hide among an actor’s wardrobe,” Guc reports. “Equally important is the fact that these transmitters are built to withstand abuse—they’re what I’ll call actor proof. When in costume, actors frequently perspire quite a bit. While this moisture can cause issues with lesser quality product, the Lectrosonics equipment never so much as hiccups.”

The Lectrosonics Venue receiver system also made quite an impression on Guc, “I love the fact that one receiver can handle as many as six receiver modules. This approach not only enables one to expand the number of available channels, the fact that there can be six channels in a 1RU rack configuration is a tremendous space saver.”

With The Who’s Tommy now completed, Guc offered these final comments, “The show was a tremendous success and thanks to the ‘set it and forget it’ reliability of the Lectrosonics gear, I was able to focus my attention on mixing the show and providing outstanding audio delivery without having to worry about the equipment. When the performance ended, the audience gave a standing ovation. This was Rock ‘n Roll at its best!”

To learn more about Stage Research, Inc., visit the company online at www.stageresearch.com.