Audio performance and adaptability are key attributes for production success 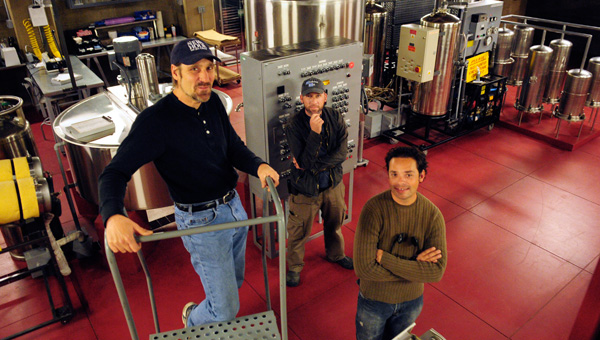 Albuquerque, NM – September 2013… For those unfamiliar with AMC’s hit TV show Breaking Bad, this is a drama series created and produced by Vince Gilligan that is set and produced locally. Breaking Bad is the story of Walter White (played by Bryan Cranston), a struggling high school chemistry teacher who is diagnosed with inoperable lung cancer. He turns to a life of crime, producing and selling methamphetamine with a former student, Jesse Pinkman (played by Aaron Paul). And the reason for White’s curious behavior? To secure his family's financial future before he dies. With some of the most innovative writing on TV, the show is garnering critical acclaim in its final season—including an Emmy® Award nomination—and its produced using wireless microphone technology from Rio Rancho, NM-based Lectrosonics.

Darryl L. Frank, CAS is the show’s Location Sound Mixer. With 30+ years’ experience under his belt, Frank has an impressive track record ranging from TV and film to documentaries and reality shows. In addition to Breaking Bad, his credits include the ABC TV series Scoundrels as well as the 2013 film The Last Stand, starring Arnold Schwarzenegger. With credits like these, Frank obviously knows how to capture sound in the field. He discussed his reasons for using Lectrosonics equipment, which includes SMa and SM Super-miniature beltpack transmitters, LMa beltpack transmitters, UCR411a compact receivers, and SRb Dual-Channel Slot Mount ENG Receivers—all of which employ Lectrosonics highly regarded Digital Hybrid Wireless® technology.

“I’ve been using Lectrosonics equipment for a good 20 years,” says Frank. “During this time, I’ve used a huge amount of their equipment because it delivers the audio performance, the flexibility, and the reliability I need to get the job done. With Breaking Bad, I’m working primarily with the SMa and SM transmitters—of which I have seventeen—as well as my seventeen UCR411a receivers. I recently added four SRb slot mount receivers and they, like all the gear, have been terrific. For IFB, I use the company’s T4 IFB transmitters and R1a receivers. My equipment setup also includes the SNA600 dipole antennas, the ALP-500 shark fin antennas, and the LectroRM remote app for the iPhone.”

“Breaking Bad is a totally RF show,” Frank continued. “There are no cabled mics used at all. The New Mexico desert is a pretty inhospitable environment for cables, so the Lectrosonics equipment does it all. I love the audio quality and the reliability of the gear is unbeatable. I never worry about the equipment because it consistently delivers for me. It’s built like a tank.”

When queried about those key attributes that have endeared him to Lectrosonics equipment, Frank responded by commenting on the gear’s flexibility, “What I love most about the Lectrosonics equipment is its ability to adapt to the changing requirements of the shoot. We frequently have to go from a cart setup to a bag, to an ENG setup, to an over-the-shoulder setup. Having the flexibility to make these types of adjustments quickly makes my job that much easier. It’s very easy to change modes, set open RF frequencies, or go from IFB to a transmitter to a receiver. The gear is very adaptable to the type of function the shoot requires. Combined with exceptional range and dropout-free performance, Lectrosonics equipment, simply put, inspires confidence.”

Frank was equally complimentary when describing his experience with Lectrosonics’ customer and technical support services. “In a nutshell—they’re the best,” he remarked. “The support staff is easy to get hold of—they’re always ready to help. And in the remote chance they can’t answer your question on the spot, they’ll find the answer and get back to you quickly. Everyone at Lectrosonics is like this. They’re great to deal with.”

Before shifting his attention back to preparation for an upcoming project, Frank offered these final thoughts, “My Lectrosonics equipment has performed up to and beyond my expectations. The only surprise I ever seem to get is how well it all works. Everything I’ve ever purchased from the company has been first-rate. Combined with the fact that the company treats its customers like family; there’s really no reason to look elsewhere.”

For additional information about Darryl Frank and his services, contact him at This email address is being protected from spambots. You need JavaScript enabled to view it..