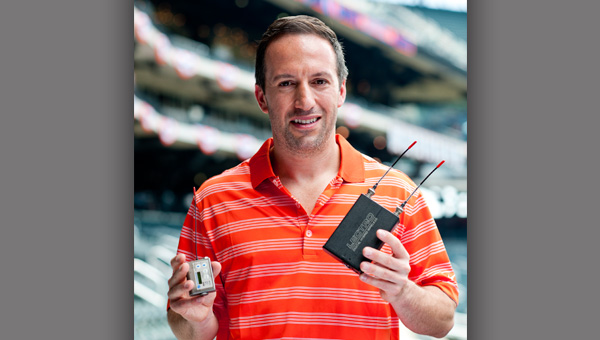 New York, NY – August 2013… Location sound ranks as one of the most challenging environments for audio production, as one must constantly deal with ambient noise, RF interference, and a host of other variables. Compounding the challenge, there is frequently little opportunity for second takes—get it right or else. Such was the case with the production of Brooklyn Castle, which tells the stories of five members of the chess team at a below-the-poverty-line inner city junior high school that has won more national championships than any other in the country. To ensure every nuance of the dialog was faithfully captured, the production team relied on Digital Hybrid Wireless® technology from Rio Rancho, NM-based Lectrosonics.

Brian Schulz served as Director of Photography and Producer for Brooklyn Castle. With a pedigree that includes work as a staff cinematographer at Major League Baseball Productions as well as being DP on the last two seasons of Showtime’s The Franchise and his work on HBO’s Derek Jeter 3K (quest for 3,000 career hits), Schulz certainly understands the challenges of field production. He discussed the Brooklyn Castle project and his reasons for using Lectrosonics’ SM super miniature beltpack transmitter and the UCR411a compact receiver.

“Brooklyn Castle follows the challenges these kids face in their personal lives as well as on the chessboard, and is as much about the sting of their losses as it is about the anticipation of their victories,” Schulz explained. “It was critical that we capture every nuance of the audio, as this was a huge factor in conveying the emotions these kids experience. The compact nature of the Lectrosonics SM transmitter made for great ease in ‘wiring’ our subjects. It was small and easy to hide. Typically, we would rotate the transmitter between many subjects and they were all very comfortable wearing it for hours at a time.”

When queried about those aspects of the Lectrosonics equipment that made the SM transmitter and the UCR411a receiver a good choice for the Brooklyn Castle project, Schulz offered the following thoughts. “The equipment’s performance was very reliable and dropout-free,” he said. “I was particularly impressed with the system’s RF agility. The Lectrosonics spectrum analyzer is one of the more advanced yet easiest methods I have used to detect RF. Working in NYC can pose unique RF issues, but our UCR411a withstood the challenge and always provided us with a threshold for workable frequencies. The ease with which the system detects RF cannot be overstated. The three-key interface made for a simple learning curve and could be handled by anyone within our small crew.”

In his line of business, quality customer and technical support services are essential and, on that note, Schulz considers Lectrosonics best-in-class, “Lectrosonics’ technical support is always stellar, especially when called upon for geographic sensitive block and RF recommendations. With Lectrosonics, I get through to a support representative quickly and they understand what I’m looking to accomplish.”

Since its release, Brooklyn Castle has garnered an impressive list of honors. The film won the Audience Award at SXSW in 2012 and screened at over two dozen film festivals including HotDocs, Silverdocs, and the Brooklyn International Film Festival, where director Katie Dellamaggiore won the award for Best New Director. Brooklyn Castle will receive a national PBS broadcast on the acclaimed series POV (Point of View) in October 2013 and the remake rights have been acquired by Scott Rudin and Sony Pictures.

With all the success Brooklyn Castle has garnered thus far, Schulz reflected on the role his Lectrosonics equipment assumed throughout the project. “We were elated with Lectrosonics’ SM transmitter and UCR411a receiver,” he said. “As indie filmmakers, we recognize the importance of high quality audio while also having an intuitive user interface—and we could not have been happier to have Lectrosonics in our audio corner. We’ll definitely be using Lectrosonics equipment on our future projects!”

Brooklyn Castle can currently be viewed on iTunes and other VOD platforms. To learn more about Brooklyn Castle, visit the film’s website at www.brooklyncastle.com.