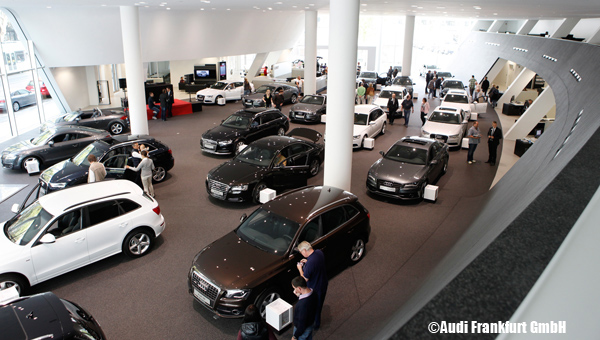 Frankfurt, Germany – January 2013… Recently, equipment distributor MediasPro supplied the sound system for the new Audi terminal at the Hanauer Landstrasse 144 in Frankfurt/Main, Germany. The new Audi Zentrum opened in the middle of September 2012. With a gross floor-space of 7,679 square feet for up to 47 new cars and nearly 300 used cars, it is the biggest Audi terminal in Europe.

At the heart of the system is a Lectrosonics ASPEN SPN1624 audio processor, used in combination with three Bittner 8-channel power amplifiers and three 8-channel 100 Volt transformers. Audio sources include a conventional player, two wireless microphones for presentations, and a call station. With the ASPEN processor, each amplifier channel can be controlled separately, thus guaranteeing a perfect sound in the different functional spaces. As an example, the exhibition space, service and consulting areas can be configured independently of one another. In addition, two ASPEN RCWPB8 push button remote controls allow for manual level control in the areas for the new and the used cars. 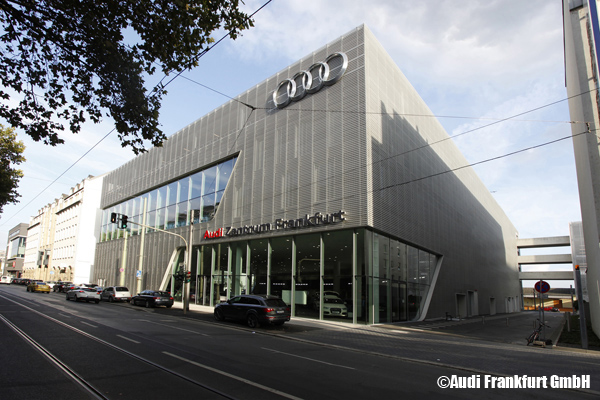 Jim Bakker, Lectrosonics’ sales representative throughout Europe, the Middle East, and South Africa, commented on the completion of the Audi Zentrum project, “MediasPro has done a wonderful job representing Lectrosonics throughout their territory and their ability to help secure this high profile placement at the Audi Zentrum is one such example of the firm’s commitment to further Lectrosonics’ presence in this region. All of us at Lectrosonics are delighted to have been a part of this endeavor.”

For more information about MediasPro, visit the company online at www.mediaspro.de.