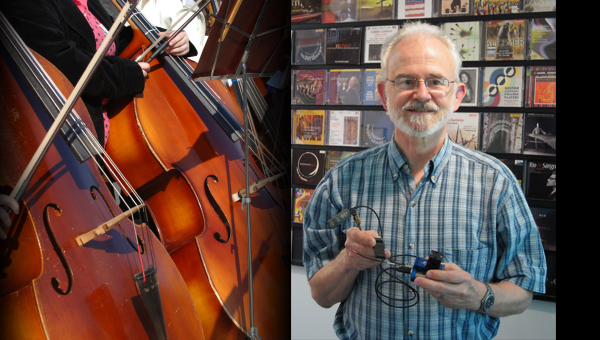 Lenox, MA… Held each summer on the Tanglewood estate, the Tanglewood Music Festival consists of a series of concerts, including symphonic music, chamber music, choral music, musical theater, contemporary music, jazz, and pop music. The first concert of the season—held on June 22nd and again on June 24th—featured the Silk Road Ensemble, which unites distinguished performers and composers from more than 20 countries in Asia, Europe, and the Americas. Under the artistic direction of renowned cellist Yo-Yo Ma, the Silk Road Ensemble concerts were not only important events for the festival; they also served as the foundation for a forthcoming documentary DVD / Blu-Ray disc project—and to help capture the performances, wireless microphone technology from Lectrosonics was employed.

Boston, MA-based Soundmirror, a location recording and post-production company specializing in the ‘natural’ recording of acoustic music as well as sound for syncing to visuals, was contracted to capture the performances. Company president John Newton employed a sizeable arsenal of Lectrosonics gear to make it happen—all of which utilizes the company’s highly acclaimed Digital Hybrid Wireless® technology. This list included HH handheld, HM plug-on, and SMQV, UM400, and UM400a transmitters, along with three Venue series receiver mainframes—each fully stocked with Lectrosonics VRT receiver modules to form an 18-channel system. He discussed the project.

“I’ve been working with Lectrosonics equipment for a good ten years,” Newton reports, “and I’m consistently impressed with the sound quality and dropout free performance of these systems. For us, these are the most important considerations. Lectrosonics sound quality is first-rate—every bit on par with a very high quality 48 kHz A/D – D/A converter, so audio quality is excellent.”

The process of miking cellist Yo-Yo Ma was particularly interesting. “We required a superior pickup on Mr. Ma’s cello, which needed to be wireless so he could move about the stage and perform from multiple locations,” Newton explained. “Mr. Ma also wanted to be able to put the cello down, walk away, and talk to the audience, which meant the transmitter couldn’t reside in his pocket. To accomplish this, we built a special setup where we positioned an SMQV transmitter on the instrument’s endpin (spike) and made a mount for the Schoeps MK 22 microphone capsule that was positioned near the instrument’s bridge. The mic capsule fed the transmitter below via a matching cable for Lectrosonics transmitters that Schoeps manufactures. Hence, the entire wireless setup was instrument mounted—providing the freedom Mr. Ma requested.”

“The RF range became an important consideration on this project,” Newton continued. “At the last minute, the decision was made to open the concert by having a bagpipe player enter the concert hall from the lawn area at the rear of the venue. Hence, we were suddenly faced with several hundred yards of range that was absolutely essential for the bagpipe pickup.  We were very pleased with the performance of the two Lectrosonics ALP620 antennas we had on hand. We had positioned them out in the auditorium, running approximately 100 feet of coaxial cable between the antennas and the Venue receivers. I’m pleased to report it all worked flawlessly. There wasn’t a single dropout the entire time.”

According to Newton, the receiving end of the setup was very straightforward, “All the receiver signals went to a converter that created a MADI stream,” he said. “This stream was combined with a few additional MADI streams that were created from the conventional mics we deployed. These streams then fed a pair of Merging Technologies workstations—one that was used as a redundant system. We also provided the video and timecode lock between us and the video truck, as this project is going to become a Sony DVD / Blu-Ray concert / documentary disc taken from the two performances plus rehearsals.”

Newton reflected on the two concerts and the challenges of the project, “I couldn’t be happier with the way matters turned out. Lectrosonics team members Howard Kaufman and Karl Winkler were tremendously helpful and the tracks we captured using the Lectrosonics equipment are just wonderful. Because of this, we’re in great shape as we enter audio post production. In all the data we collected, we haven’t identified a single issue. We set a new standard for the Silk Road Ensemble in terms of both the recording quality and the sound reinforcement side of the concert, since the mic feeds were all split for PA purposes as well—and we couldn’t have done it without our Lectrosonics gear.”

To learn more about Soundmirror, visit the company online at www.soundmirror.com. For additional information about the Tanglewood Music Festival, go to www.bso.org.