Beauty Is More Than Skin Deep With Lectrosonics And Accord Productions 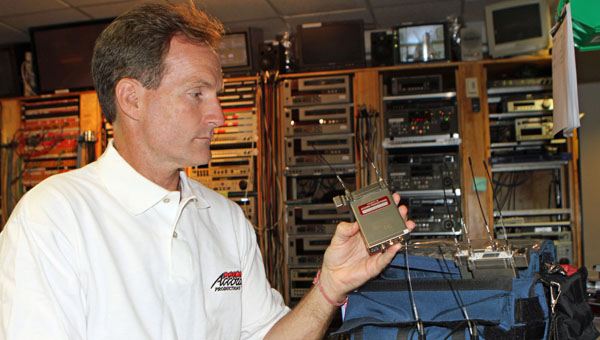 Miami, FL – June 2012… For those audio pros working location sound projects, the ability to depend upon consistent, first-rate performance from one’s equipment is essential. With little or no opportunity for a re-take, the job boils down to, ‘Get it right the first time or go home.’ Such is the case for the production crew of Miami, FL-based Accord Productions. To ensure they capture the audio with a high level of speech intelligibility and natural sound quality, the Accord Productions staff depends on Digital Hybrid Wireless® technology from Rio Rancho, NM-based Lectrosonics.

With offices in Miami and Ft. Lauderdale, FL, Accord Productions provides production, post production, and digitizing services to the film and video industry. Its co-founder and vice president, Rocky Wyler, typically serves as the director of photography on location and also performs double duty as the company’s technology chief. In this capacity, he is always on the lookout for new and better ways to keep the company at the cutting edge of developments as they relate to field production. A long time Lectrosonics enthusiast, Wyler reflected on a recently completed project and the impact his firm’s Lectrosonics equipment made.

“I’ve been a fan of Lectrosonics gear since the early 90’s when I first purchased some CR185 receivers and high band transmitters,” states Wyler, “so I have a pretty long history with the company. For much of our work in recent years, we’ve used UM400a beltpack transmitters with SR dual-channel slot mount ENG receivers. Just recently, we began working with Lectrosonics’ SMQV super-miniature, dual battery beltpack transmitters. These came in particularly handy on a new reality TV show called Ocean Models. Rounding out the gear for this project, we also had several of the company’s T4 IFB transmitters and R1a beltpack IFB receivers. At any given time, we had 4-5 producers on the set and each one was hooked up with the IFB gear.”

Ocean Models follows 15 international models that come to Miami to work with a new, high profile modeling agency. They were housed in a 10,000 square foot mansion on South Beach and provided with all the amenities most models never get to experience. “There were several days where we had a good 16 – 18 mics going among the three audio guys—each of whom was equipped with digital 8-track recorders,” said Wyler. “Sometimes, the guys would have to follow the girls in opposite directions and when they split up, range became a huge factor. I was really pleased with the fact that our Lectrosonics gear handled this challenge beautifully. This would not have been the case with several competing wireless systems I’ve encountered.”

Wyler also reports that Lectrosonics audio quality, build quality, and reliability are equally important factors, “Audio quality is exceptional. I love the fact that there are none of the annoying artifacts one frequently experiences with wireless systems using compandors. I’ve also been very impressed with the build quality—particularly of the new SMQV’s.”

“We used two SMQV transmitters on some of the models,” Wyler recalls. “These units are great. They’re really small and this made them easy to conceal when the girls were wearing skimpy outfits. I also discovered another important benefit of these transmitters. After a short while, the girls got very accustomed to wearing the transmitters and they started turning them off to make comments among themselves, which sometimes really fouled us up. With the SMQV’s, we locked them out so as not to interfere with our side of the production.”

Wyler was so impressed with the SMQV’s robust performance and compact form factor that he has since ordered several more units, “As a result of our experience using the SMQV’s on this project, we are currently in the process of acquiring several more for all our reality show work. We will, of course, continue to use our UM400a’s in our industrial work. Based upon the success of our Lectrosonics equipment with this project, we will never have any other brand of wireless transmitter on our reality projects that aren’t Lectrosonics SMQV’s.”

Prior to turning his attention back to the business of the day, Wyler offered these final thoughts, “Our Lectrosonics equipment has served us extremely well over the years. The audio quality and range are excellent and the reliability is second to none. We have four in-house audio guys and I assure you they’re not very easy on the gear. Our Lectrosonics equipment is the only gear that seems to survive long term. I can’t imagine working in this business without it.”

To learn more about Accord Productions, visit the company at www.accordvideo.com.