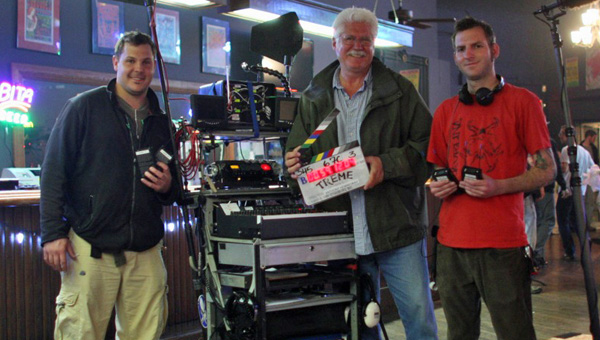 New Orleans, LA – March 2012… Focusing on the lives of musicians, chefs, Mardi Gras Indians, and others in New Orleans as they work to rebuild their lives, their homes, and their unique culture in the aftermath of 2005’s Hurricane Katrina, HBO’s made for TV series Tremé has received critical acclaim. To ensure the show’s continued good fortune, the legendary sound quality and reliability of Lectrosonics wireless microphone technology has become an integral part of Tremé’s audio production.

Bruce Litecky, CAS, is the Production Sound Mixer on Tremé. Possessing and extensive background in documentaries, commercials, and feature films, Litecky has received both Emmy and CAS nominations for excellence in sound mixing and his credits include the TV shows Homicide, The Corner, and The Wire. For his work on Tremé, he uses a substantial Lectrosonics equipment setup that consists of six MM400 miniature beltpack transmitters, four SM super-miniature beltpack transmitters, and three UH400 plug-in transmitters. On the receiving side of the equation, he reports using six UCR411 and four UCR401 compact receivers while his IFB (interruptible foldback) system for his boom ops consists of two T2 beltpack transmitters and six R1a receivers. All equipment—minus the T2 transmitters—utilizes Lectrosonics’ Digital Hybrid Wireless® technology.

“I like how easy the Lectrosonics equipment is to use—particularly when it comes to selecting frequencies,” Litecky said. “We use our 411’s on the cart—in a Sixpack—and the 401’s for over the shoulder and process trailer recording. This arrangement enables me to jump from wireless plant mics and wireless booms to body mics quickly and easily. When I felt the frequency crush from digital TV channels, I was happy that my Lectrosonics equipment offered so many channels and blocks to go to.”

Litecky reflected on one of his recent production challenges and how his Lectrosonics equipment helped him address the issue. “We had to follow a marching band during a parade in New Orleans,” he explained. “We had two different scenes—each with two actors. They had to be wired long before the parade was to start and the event was several hours long. To keep the weight down for our 4+ mile trek, I used two receivers and was able to quickly change the frequencies as required. I had to record dialog in the midst of two brass bands playing. The dynamic range of the MM400 transmitters was up to the task. The music never overloaded the front end and the dialog was crisp and clean.”

In the location sound business, one’s equipment must work reliably, so customer/technical support services are crucial. In this regard, Litecky considers Lectrosonics to be first rate, “Lectrosonics support has been terrific. On the rare occasions when I’ve sent something in for service, I always knew in advance how long it would take and turnaround has always been quick. The company is very responsive to its customers.”

As he prepared for another day’s shoot, Litecky offered this final thought, “Lectrosonics is an industry standard, so if I need additional channels, I won’t have any issues getting them from any rental house. Equally important, I know the equipment is going to work the way I expect it to.  Everybody who works with me has Lectrosonics gear, so my crew already knows the equipment inside out. Because of this, coordinating frequencies with our 2nd unit and additional recordist is easy.Time is of the essence in the production of dramatic television, so I’m always looking for ways to work quicker without compromising quality. The versatility of Lectrosonics wireless helps me accomplish that. Lectrosonics is a critical part of my sound kit. That’s why I’ve been using their gear for over twenty years.”

To learn more about Bruce Litecky and his services, contact him at www.locationsoundservices.com.