Gypsy Is Vibrant With The Help Of Lectrosonics Wireless 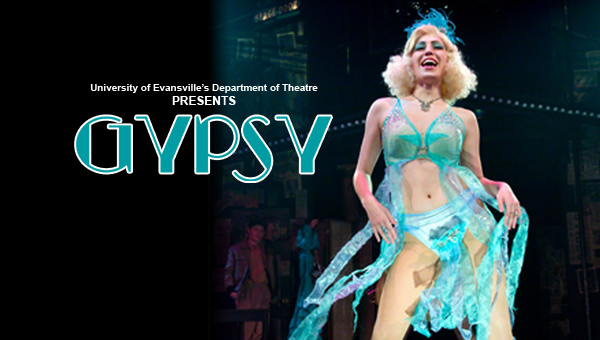 Evansville, Indiana – January 2012… Imagine running sound for a theatrical presentation where several actresses wore risqué outfits. So far so good… right? Now imagine having to make adjustments to the wireless mic transmitter that just happens to be tucked away inside the performer’s bustier / bra. Hmmm… things just got a bit more challenging. Such was the case at the University of Evansville’s Department of Theatre and their recent production of the musical Gypsy, by Jule Styne, with lyrics by Stephen Sondheim, from the book by Arthur Laurents. Thanks to wireless technology from Rio Rancho, NM-based Lectrosonics, what could have been a most uncomfortable work situation was handled quite easily.

Cleveland, OH-basedRichard B. Ingraham, a freelance sound designer operating under the name RBI Computers and Audio was contracted to find an answer to this potentially very awkward live sound application. With a background that encompasses work for Oberlin College (Oberlin, OH) and the Hope Summer Repertory Theatre in Holland, MI, Ingraham’s skills and experience were, nonetheless, put to the test on Gypsy. But with the help of Lectrosonics SM, SMD and LMa Digital Hybrid Wireless® beltpack transmitters and Venue series receiver systems, Gypsy quickly became an easy-to-manage success. He discussed his approach to this rather unique theatrical challenge.

“Gypsy isastory about vaudeville performers turning to burlesque to make a living,” explained Ingraham. “There’s a strip routine in the show and the main character—Gypsy— had the most revealing part. To make this work, we outfitted the actress with a Lectrosonics SM Super-Miniature transmitter, which was placed inside her bustier, or bra. Fortunately, Lectrosonics offers the RM remote for this transmitter. With its ability to remotely adjust audio input gain, the RF operating frequency, lock/unlock the transmitter’s controls, and Sleep mode on/off status, we had a high degree of ‘hands-free’ control, which was essential for this project. The RM remote and the SM transmitter’s small size enabled the wireless system to go unnoticed while simultaneously facilitating a considerable amount of adjustment from a distance.”

When queried about those Lectrosonics attributes that were most appealing for this particular project, Ingraham had much to say, “In addition to the RM remote and the diminutive size of the SM and SMD transmitters, Lectrosonics sound quality is exceptional. The company’s Digital Hybrid Wireless technology eliminates use of a compandor, which is common to competing wireless systems. The result is higher dynamic range and freedom from sonic artifacts. Similarly, the build quality is terrific. I’m also very fond of the Venue receiver’s battery monitor function that enables you to check how long the transmitter has been on. This handy feature enables you to monitor battery life, and this helped us immensely in terms of dealing with the logistics of ensuring battery longevity throughout the shows.”

Gypsy, which opened November 11th, 2011 and ran through November 20th, was very well received and, as Ingraham points out, the Lectrosonics wireless equipment was a big contributor to the show’s success. “Everything went really well,” Ingraham reports. “Both the cast and crew of the show were very pleased with the equipment’s performance. The sound quality was excellent and the audience took note of this. I really don’t see us moving to any other brand—the Lectrosonics gear is so well designed and easy to use, there’s simply no reason to look elsewhere.”

To learn more about Richard B. Ingraham and his services, visit him online at www.rbicompaudio.20m.com.