Lectrosonics Wireless Thrives In The Most Demanding Environments 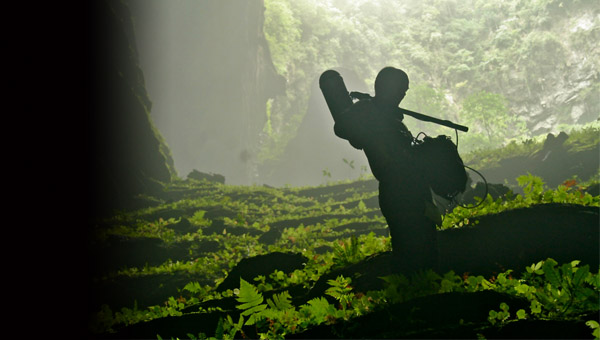 Rio Rancho, NM… When you specialize in documentary, expedition, and wildlife sound recording, your work takes you to some of the most remote corners of the world. Such is the case for Simon Forrester, who for the past 25 years, has done just that. An expedition and documentary sound recordist based in Edinburgh, Scotland, Forrester has worked on many major BBC/Discovery co-produced series. Most recently, he worked on the award winning series Human Planet, for which he spent nine months filming in the Arctic. These types of projects frequently wreak havoc on one’s valuable electronic gear, so having the best possible equipment helps minimize such occurrences. That’s precisely why Forrester relies on wireless technology from Rio Rancho, NM-based Lectrosonics.

Forrester just completed working on the next major BBC wildlife documentary called Green Planet, which took him to Southeast Asia and New Zealand. A BBC Specialist Factual Production, Green Planet is slated to be aired in 2012. Though the project took him to several locations throughout the region, it was his work inside the world’s largest cave—located in central Vietnam—that proved to be some of the most challenging work of his career.

“Getting to the Hang Son Doongcave was quite a task in its own right,” explained Forrester. “This involved a day’s trek through a dense rain forest, followed by several hours scrambling over treacherous boulders and a 100 meter rappel to get down inside the cave proper. This was followed by five days living and working under ground in some of the worst conditions I’ve ever encountered.” Through all of this, Forrester’s trusty pair of SMDB transmitters (the European version of Lectrosonics’ SMQV Variable Power Super-Miniature Digital Hybrid Wireless® transmitter) and his SRa dual channel slot mount Digital Hybrid Wireless diversity ENG receiver performed faithfully.

Forrester described the work environment, “The conditions inside the cave were quite challenging—knee high mud, standing water, high humidity, and water dropping from the cave roof were among the environmental challenges. There was also razor sharp limestone everywherethat sliced through clothing and skin alike, as well as caustic white sand on the floor of our camp that we slept on each night. The sand covered everything in a fine powder that even got inside locked and sealed equipment cases. During the five days we were in the cave, it stripped the top layer of skin from our hands and feet and, in themonth since I returned, has eaten through the stitching of my kit bag and munched through the innards of another manufacturer’s radio mic—leaving it in an un repairable state.”

“At various stages of the trip,” Forrester continued, “the transmitters were dropped into puddles, bashed against jagged rocks, were accidentally covered in bat dung (when I forgot to put them away at night), and were trodden into thick mud. Yet throughout all this, my Lectrosonics gear worked absolutely perfectly. Thanks to the equipment’s solid construction, well sealed battery compartments, and the covered function buttons, a simple wipe down was all that was required in terms of front line maintenance. If only that had been true for the rest of my kit!”

Forrester discussed those attributes of his Lectrosonics equipment that contributed to his success on the project. “Good range was essential for this shoot,” he said, “as director Nigel Walk wanted to shoot some pieces to camera on a 40:1 lens. I really appreciated the fact that transmitter power on the SMDB’s can be turned both up and down. In the UK, we are limited to an output of only 50mw, but for this expedition, I had the transmitters turned up to 100mw output, as this gave me the best compromise between range and battery life and effectively gave me a 50% range advantage over some radio mics I had tried previously. We filmed in Vietnam, Cambodia, Thailand, and New Zealand on this shoot, so I needed a single system that had a wide range of frequencies to choose from. I really appreciated Lectrosonics’ one-touch SmartTune™ auto frequency selection feature, which made the selection of clean frequencies a simple and reliable experience.”

Reflecting on the project and his first experience with Lectrosonics equipment, Forrester offered this parting thought. “At the end of the expedition into the Hang Son Doong cave, I emerged blinking into the light tired, filthy, cut and bruised, yet entirely happy with my Lectrosonics radio mics. They always gave me a sense of confidence—even when the going got tough. Lectrosonics’ range, rugged construction, and excellent battery life provided me with the flexibility and confidence I needed when working in the one of the worlds harshest environments.

To learn more about Simon Forrester, visit him online at www.simonforrester.co.uk.