Lectrosonics In The Thick Of The Action On Hawaii Five-O 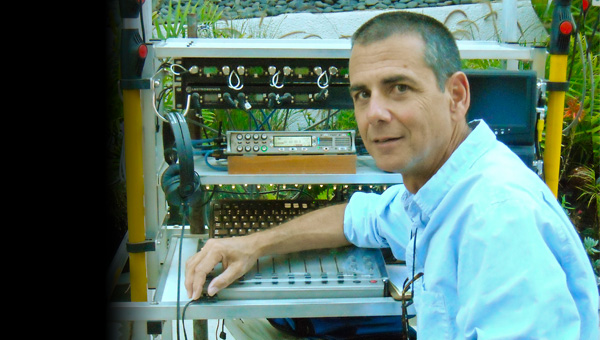 Honolulu, Oahu, Hawaii – August 2011… In just one season, CBS's hit show Hawaii Five-O has become one of the most watched police dramas of television history. Filmed on location on Oahu, the show takes full advantage of the island's stunning terrain. From the white sand beaches to the highest cliffs, this show's action takes place seemingly everywhere. Capturing the show's dialog is a task that requires equipment capable of delivering under some very challenging conditions and that's precisely why Lectrosonics wireless microphone technology is on the job.

Robert Janiger of Los Angeles was the production sound mixer for most of the show's first season. A veteran sound engineer with an impressive track record that includes films such as Bram Stoker's Dracula, which was directed and co-produced by Francis Ford Coppola, as well as Timecode, directed by Mike Figgis, Janiger's list of credits spans both television and film.

Janiger discussed the challenges he routinely encountered while on location for Hawaii Five-O. "We'd shoot all over the island of Oahu, sometimes multiple locations in the same day," he explained. "Due to the frequently noisy surroundings, the nature of the action, and multiple camera shoots, we were on radio mics for almost every shot. We typically used 3 – 7 radio mics a day—often in very challenging RF environments. Between the international air traffic at the nearby airport, radio, TV, and a host of additional signals, there's a lot of RF congestion nearby. The ability to quickly and easily scan the area to find open frequencies is one of the strongest attributes of this equipment. This feature enables me to have the gear operational in no time."

Range is another important aspect of Lectrosonics wireless equipment that Janiger finds indispensible, "Occasionally, we'd find ourselves working over what I consider to be incredibly extreme range. We were working from up on a hillside, shooting down on a scene from a distance of roughly 200 yards. This is where my log periodic antennas really saved me. With multiple camera angles, there was simply no way to get any closer to the talent."

In addition to his equipment's frequency agility and ability to perform consistently across considerable distance, Janiger is very impressed with Lectrosonics' build and sound quality. "The reliability and build quality of the Lectrosonics gear is most impressive," Janiger reports, "and the sound quality is the icing on the cake. I was really happy with the way my SMa and SMQ transmitters sounded with both the UCR211 and UCR411a receivers. Not only is the sound quality first rate, the build quality is rock solid. These transmitters had accidentally fallen and gotten banged against the pavement, yet they continued to work fine."

As he prepared for another day on location, Janiger summed up his experience with Lectrosonics. "Over the years, I've used a lot of Lectrosonics equipment," he said. "My dealer, Location Sound Corp. of North Hollywood, CA, has been a terrific business partner and on the few occasions that I've had direct contact with Lectrosonics, the company has consistently been very responsive. I've been very pleased with my Lectrosonics gear and, presently, have no plans to make any changes to my equipment inventory. Yes, I'd certainly like to acquire a few more IFB receivers, but the reason I'm not contemplating any changes is due to the fact that I'm very happy with the way everything's working. It's really nice to have equipment you don't have to worry about. You put it up and it gets the job done."

For additional information about Robert Janiger, his credits can be found on the IMDb database at www.imdb.com.