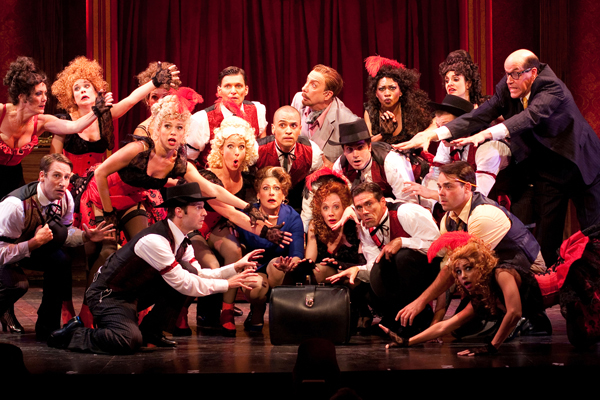 Philadelphia, PA – October 2010… Currently in its 202nd year of operation, the legendary Walnut Street Theatre is a self-producing, non-profit, regional theatre with the largest subscription base in the world. With its diverse schedule of theatrical presentations, the Walnut Street Theatre is one of Philadelphia’s key cultural attractions. To ensure the highest level of sound quality for both the performers and theatre patrons alike, the venerable organization recently invested in a sizeable wireless microphone setup from Rio Rancho, NM-based Lectrosonics.

“In addition to conforming to the FCC’s recently enacted new wireless regulations for the 700 MHz band,” Backes explained, “we also had a number of additional wireless concerns that are unique to the theatrical environment. In the theatre, the ability to discreetly bury the transmitter in the talent’s wardrobe is a critical consideration, so a small form factor was vital to us, since the transmitters usually get hidden in a wig, under a skirt, or in some other out-of-sight location. The transmitter’s ability to withstand moisture was also a concern. When an actor or actress must spend two hours or so singing and dancing under the stage lights, they become very hot under their costumes, and perspiration can wreak havoc on the transmitter. Lectrosonics’ rugged construction and reputation for reliability was a huge factor in our purchase decision.”

Radio frequency (RF) agility was another concern that impacted Backes’ purchase decision. “Being in the heart of downtown Philadelphia,” he continued, “there is a tremendous amount of RF activity. In addition to broadcast signals, there are several other theatres that use wireless mics. Lectrosonics’ SmartTune™ feature enables us to easily find available frequencies at the touch of a button and, as a result, we haven’t had a single issue with competing RF activity.” Lectrosonics’ SmartTune feature automatically scans all the available operating frequencies within the system’s frequency block range and then selects the frequency with the least amount of RF interference. 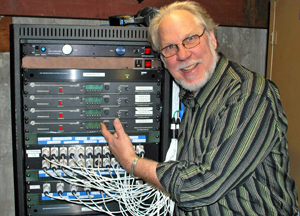 The Walnut Street Theatre acquired their new Lectrosonics wireless microphone system in May and immediately placed it into service on the immensely popular musical Fiddler on the Roof. Currently, the equipment is deployed in the production of Curtains­— Broadway's hilarious musical whodunit from the writers of Chicago and Cabaret. “We’ve been very pleased,” Backes reports. “The system has been a solid performer right from the start. When we first took delivery of the equipment, we had a few questions and Lectrosonics’ customer/technical support services were extremely responsive, and that’s very encouraging.”

Backes summed up his Lectrosonics wireless experience with the following thought, “I wanted durability and the ability to withstand moisture—and that’s exactly what Lectrosonics delivered. We haven’t had any issues during performances. When we’re doing eight shows a week on a 9-week run, it’s really important that this equipment holds up. Reliability is a paramount concern for us and the Lectrosonics equipment has delivered in a big way. We couldn’t be happier.”

For additional information about the Walnut Street Theatre, visit them online at www.walnutstreettheatre.org.