Lectrosonics On Location With "A Dangerous Method" 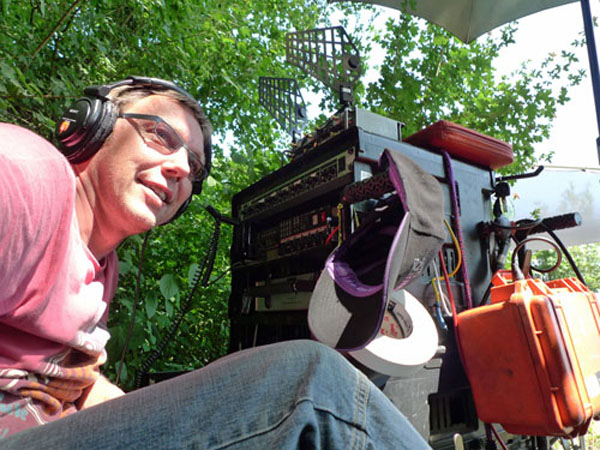 Prague, Czech Republic… With a theatrical release rumored for February 2011, noted film director David Cronenberg’s latest offering, A Dangerous Method, starring Viggo Mortensen (as Sigmund Freud), Michael Fassbender (as Carl Jung), and Keira Knightley ( as Sabina Spielrein), recently completed filming. Shot in Vienna, Austria, Cologne, Germany, the Bodensee District north of Lake Constance, and Lake Constance (which straddles Germany, Switzerland, and Austria near the Alps), the film takes place at the brink of World War I and is based on the turbulent relationships between fledgling psychiatrist Carl Jung, his mentor Sigmund Freud, and Sabina Spielrein, the troubled but beautiful young woman who comes between them. Freedom of mobility was essential to capturing sound on the project and, for location sound mixer Michal Holubec C.A.S., Lectrosonics wireless technology delivered in a big way.

Holubec is one of the key crew members with Bystrouska Sound Studios, a provider of location sound services and audio postproduction headquartered in Prague. Holubec began his career with Czechoslovak Television in 1982 and since that time, has accrued two Czech Lion awards for his work on Year of the Devil (2002) and Tales of Ordinary Madness (2005). Additional film credits include Dune, Anne Frank: The Whole Story, and The League of Extraordinary Gentlemen. With a track record like this, Holubec obviously knows his trade and the importance of insisting upon robust wireless microphone performance.

Holubec is quite a fan of Lectrosonics’ Digital Hybrid Wireless® technology. “I’ve had a lot of success with Lectrosonics’ SMa and UM400a beltpack transmitters,” he reports. “I also have two HM plug-on transmitters that I use for wireless boom. On the receiving side, I’ve been very pleased with the Lectrosonics Octopac (editor’s note: an 8-channel receiver dock and antenna coupling system for use with Lectrosonics’ SRA or SRA5P receivers) and have also had a great experience with the VR field receiver system stocked with six VRT modules.”

When queried about those features that distinguish Lectrosonics wireless technology from competing brands, Holubec offered the following, “It all boils down to robust performance and reliability. Lectrosonics gear is made really well and it’s quick and easy to set up. Audio drop outs are a thing of the past and the ability to change power and consumption on the transmitters is extremely useful. I’ve also been very impressed with the SMa transmitter’s really small size and its ability to be discreetly concealed among the actor’s wardrobe.”

The exploding popularity of the RED digital cinema camera system throughout Europe is altering the manner in which location sound work is being handled. The versatility of Lectrosonics’ wireless equipment is helping location sound engineers like Holubec stay abreast of the changes. “Film shoots are being done faster and, frequently, with a more ‘improvisational’ style,” Holubec explained. “Lectrosonics’ sound quality, the compact size, and its extended range and dropout-free performance really pay off in this environment. The small dimensions and low weight of the Octopac system enables me to move about freely on the set.  It’s a huge advantage to have the entire 8-channel setup in one Portabrace bag. For the kind of shooting where quick and unexpected location changes are a daily occurrence, this is a great system.”

As he turned his attention to the business of the day, Holubec offered some final thoughts. “Lectrosonics really understands how people like me use the equipment,” he said. “The sound quality, ease-of-use, and rugged design are all there. I’ve also been very pleased with their technical support, which is very pleasant and fast. Jim Bakker, the company’s representative who oversees operations throughout Europe, the Middle East, and South Africa, is in the process of establishing a European service center and this will make communication with the company even better. Lectrosonics really stands behind their products.”

For additional information about Michal Holubec and Bystrouska Sound Studios, visit the company online at www.bystrouska.cz.