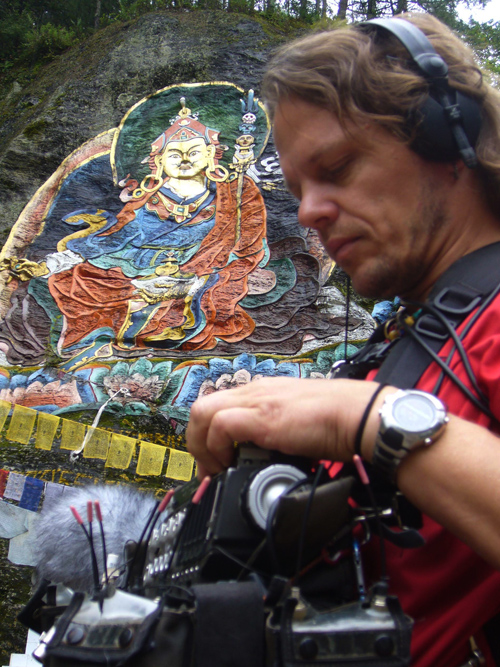 St. Andrä-Wördern near Vienna, Austria… When your business is capturing sound in some of the world’s toughest locales, such as the jungles of Nicaragua or on the slopes of Mount Everest, there is usually only one chance to get it right. Considering the perilous working conditions—for both man and machine—these are not the places for temperamental electronics. That’s precisely why St. Andrä, Austria-based location sound engineer Joe Knauer relies on his arsenal of Lectrosonics wireless microphones.

Joe Knauer and his four associates operates Joe’s Location Sounds, a firm dedicated to sound recording services for TV, commercials, and feature films. Joe got his start in this business as an ENG (Electronic News Gathering) camera assistant—where he was responsible for all aspects of sound. Over the years, he’s worked on The Limit, a documentary film that follows the Huber brothers from Germany as they tried to break the speed climbing record on the Yosemite Valley’s famous El Capitan, as well as the BBC’s Beyond Boundaries, which documented expedition leader Ken Hames and eleven other people with physical disabilities on their expeditions across Nicaragua, Namibia, and Ecuador.

When asked about those attributes of his Lectrosonics equipment that he most admires, Joe was quick to point out the ease of setting radio frequencies, the equipment’s robust build quality, and its ability to operate over extended range. “I’m very impressed with the fact that the Lectrosonics equipment makes it easy to change frequencies,” he said. “Further, the fact that this equipment routinely operates in a variety of harsh conditions such as heavy rain, hot sun, dirt, and sand is equally impressive.”

“On The Wildest Dream, a just-released documentary for cinema that follows Konrad Anker and Leo Houlding up onto Mount Everest, the recording of the sound files was done on the north shoulder of Mount Everest at an elevation of roughly 7000 meters,” Joe continued. “The climbers, however, went up to the summit and main filming took place at about 8600 meters. Operating over this far a distance was quite a challenge, but with technical assistance from Lectrosonics’ Larry Fisher, we were able to build a system that handled the situation perfectly.”

In addition to his arsenal of receivers and transmitters, Joe is quite fond of the Lectrosonics RM remote controller for the SM series transmitters, which enables him to adjust audio input gain, operating frequency, lock/unlock of front panel controls, and sleep mode on/off. “It’s great for film work,” Joe reports. “I can make important adjustment without disrupting the talent’s wardrobe. When the transmitter is buried under multiple layers of clothing, the RM is the perfect solution.”

Joe summarized his experience with Lectrosonics products, “My Lectrosonics equipment has endured some of the most brutal conditions I can imagine. We’ve actually had to dump water out from the equipment’s housing on a few occasions, but after letting them dry, the gear was ready to work in the morning.  I’ve had a really positive experience with my Lectrosonics gear and I’m planning on updating it to European versions of the SMa, UCR411, and SR models once they become available. You just can’t beat Lectrosonics.”