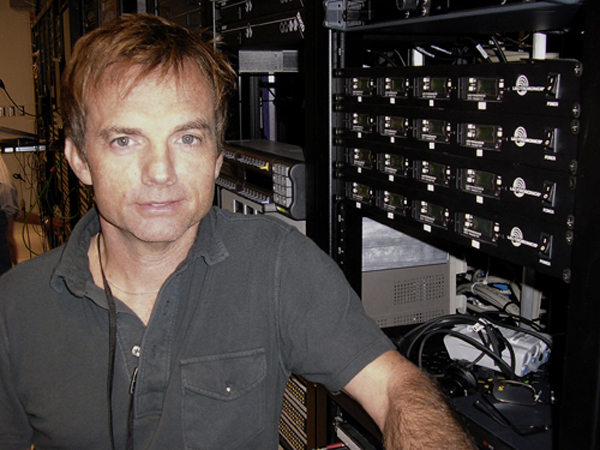 The new equipment was sold and installed by the Herndon, VA (Washington, DC suburb) office of Bexel Broadcast Services, a major broadcast, video, audio, and communications sales, rental, and service operation with offices nationwide. Bexel also operates a design/build division that specializes in systems integration for commercial applications. Jim Dugan, Sr. Project Engineer for Bexel’s Herndon, VA-based office, managed the design and deployment of the new equipment at NBC’s facilities. He discussed the nature of the project.

“NBC’s Washington area complex houses facilities for both national and local broadcast operations,” Dugan explained. “In addition to the studio that is used for Meet the Press, local NBC affiliate WRC-TV also has their news control rooms and studios located in this building. Further, there is also another studio and control room for MSNBC’s Morning Joe, a weekday morning talk show with Joe Scarborough that covers the news of the day in a panel format with co-hosts Mika Brzezinski and Willie Geist. The deployment of the Lectrosonics equipment was a major undertaking that resulted in new systems for each of these groups.”

For the NBC network, Dugan and his associates designed and installed a wireless setup utilizing Lectrosonics’ highly acclaimed Digital Hybrid Wireless® technology. The system, as specified by NBC’s Joe Shalhoup, is comprised of twelve SM Series Super Miniature beltpack transmitters for use with lavaliere microphones along with two Venue series mainframes—each fully stocked with six VRT receiver modules. Additionally, eight Lectrosonics IFBT4 compact IFB transmitters and eight R1a UHF beltpack IFB receivers were deployed for communication between talent and production staff. All of this runs on a 4 zone Bexel distributed antenna system that supports the main production studio, the news room, the green rooms and adjacent hallways, as well as the outside stand-up position.

“Lectrosonics’ audio quality is first-rate,” Dugan reports, “and their proven reliability throughout the entire product line made this equipment the right choice for NBC’s operations. The incorporation of the antenna systems provides the ability to support all the wireless mics, IFB’s, and wireless intercom across all zones. This way, stage managers, lighting, camera, and audio technicians plus all talent can easily communicate without any cumbersome wires. We’ve received very positive feedback from the folks at NBC. They love the coverage they’re getting from the antenna systems and, as expected, the Lectrosonics equipment delivers exactly as we knew it would. We’ve been relying on Lectrosonics wireless technology for the most demanding TV work. For us, it goes without saying that Lectrosonics makes a solid product.”

To learn more about Bexel Broadcast Services, visit the company online at www.bexel.com.