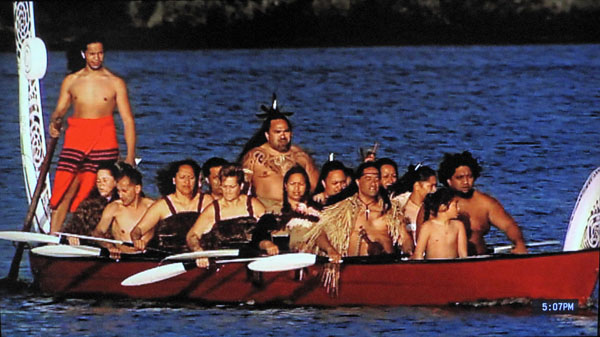 Bay of Islands, New Zealand… In 1845, Maori warriors challenged the might of the British Empire after Hone Heke—one of the tribal leaders— felt that British settlers had reneged on their treaty obligations and infringed upon the North Island of Aotearoa, known today as New Zealand. The Maori fought tenaciously and developed defenses that would have been perfectly suited to a First World War battlefield. This story lives on among Hone Heke’s ancestors and was part of a three-part documentary series call Victoria’s Empire that was produced by Tiger Aspect Productions of London and televised on the BBC—with the sounds being captured using wireless technology from Lectrosonics.

With over 44 years of film and television experience, Auckland, New Zealand-based production sound mixer Mike Westgate received the call to handle location sound for this challenging project. From feature films including Roger Donaldson’s The World’s Fastest Indian and Edward Zwick’s The Last Samurai to documentaries for Jean-Michel Cousteau Productions, Westgate routinely faces some of the most extreme working conditions audio professionals encounter. Such was the case on this project, where he handled the audio recording on-board a cramped Maori war canoe. He discussed the challenges he encountered and his decision to deploy Lectrosonics wireless technology.

“The Maori war canoe, Waka Taua, is low-to-the-water and a cramped vessel,” Westgate reports. “I knew that, with all the oars propelling the canoe, there would be lots of splashing. Water, of course, is not the friendliest of elements toward electronic equipment. For this reason, it was clear to me that if I was to have any success; the only equipment for the job was one of my Lectrosonics’ MM400A water-resistant miniature beltpack transmitters.”

According to Westgate, “We were shooting in India, Hong Kong, Borneo, New Zealand, Australia, and Zambia. We had two equipment sets to ensure against any accidents or frequency conflicts and this particular combination of equipment worked very well for us. The fact that the two pairs or radio microphones were on different blocks was another advantage. I kept the UCR100 receivers on block 24 while the UCR201’s were on block 22.”

In addition to the equipment’s sound quality and versatility, Lectrosonics build quality is another attribute that Westgate is very fond of. “I work under some very demanding conditions, so the gear takes a fair amount of abuse and it has to work consistently,” he said. “The build quality, the logical menus, and the level of support Lectrosonics provides are first rate. It all adds up to a very positive field experience.”

As has been the case with all his projects, Westgate’s Lectrosonics equipment lived up to his expectations once again. “All the interview dialogue was achieved using wireless microphones,” Westgate said, “and the audio quality is superb on the film’s DVD. We filmed from an adjacent boat and it was a last minute decision of mine to place the Lectrosonics MM400a onboard the canoe. Once we started shooting, I handed my headphones to director Ben Warwick. He simply could not believe the results that captured the power of the moment. Coupled with the sight of the Maori canoe filled with men and women rowing and chanting, the sound of paddles and water swishing was an experience that made me feel very proud. The recording still delights me!” 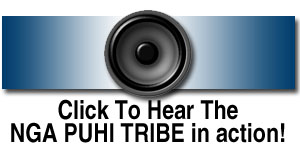