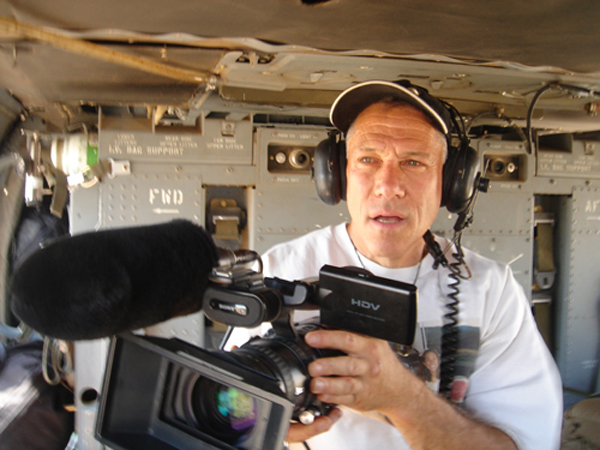 According to Jon Alpert, DCTV’s Co-Director and Co-Founder, “We’re the oldest, largest, and most honored community media center in the United States. We train hundreds of independent film makers each year and we also produce TV programs that have won every major television award, including fifteen Emmy® Awards. Many of our documentaries are created in some of the most hostile environments on Earth, including war zones such as Afghanistan and Iraq. For the past four years, we’ve relied on our Lectrosonics UM450 beltpack transmitters and UCR411a compact receivers, and I never cease to be impressed with their performance.”

While Lectrosonics wireless microphone systems are noted for their robust build quality and ease of use, sound quality is, first and foremost, the dominant concern. This is where Lectrosonics highly acclaimed Digital Hybrid Wireless® Technology shines. “For the past two consecutive years,” says Alpert, “we’ve been nominated for technical Emmy’s for our audio work. We won for Bagdad ER and a more recent production is equally noteworthy. We have a scene in our latest documentary about a group of striking cookie makers/bakers. These folks are walking down a busy, noisy street in the Bronx and they’re talking about their fight to keep the factory open and maintain their jobs. Our associates at HBO were very impressed with the audio quality and assumed we had used a far more elaborate setup to capture the sound. In reality, we had a single, strategically placed Lectrosonics wireless mic. The audio quality was so good, the HBO executive was astonished.”

DCTV has four UM450 / UCR411a system packages that are typically used with Sony lavaliere mics. “In Afghanistan and Iraq, we actually had people shooting at us,” says Alpert, “and under those conditions, you grab your stuff and go—so the gear takes its fair share of bumps and bruises. I’ve also dropped the equipment on numerous occasions and through all of this, it keeps on working. The build quality of our Lectrosonics equipment is really impressive.”

When queried about a particularly memorable production challenge, Alpert offered the following. “As part of my work in Iraq and Afghanistan, I’ve spent a lot of time riding around with the medevacs (medical evacuation teams) in their helicopters,” he said. “In these scenarios, we placed the transmitter on one of the crew members and interfaced it with their headsets. Even in this type of setting, where there’s a ton of surrounding electronics and radio frequencies, we got remarkably clear audio quality. You can’t ask for more than that.”

Before turning his attention to the business of the day, Alpert offered this closing thought, “People who know me recognize that I’m not a highly technical kind of person. The gear I use needs to be intuitive and, at the same time, meet very high production standards. Since I frequently serve as the producer/director, I’m responsible for the camera, the sound, the content—everything. I need equipment that doesn’t distract me from the big picture, and my Lectrosonics wireless microphone systems help me say focused on what’s ultimately important, the story. Our picture and sound always has to be the best and thanks to our Lectrosonics gear, the sound is first rate.”

For additional information about the Downtown Community TV Center, visit them online at www.dctvny.org.