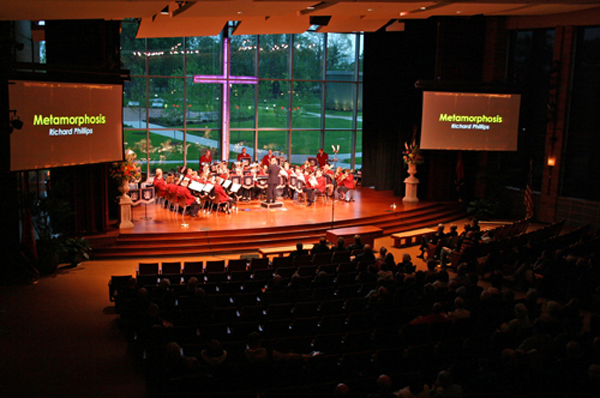 Dayton, OH – May 2010… The newly opened Kroc Center (also known as the Ray and Joan Kroc Community Center) is one of thirty-one planned community centers now built or proposed for construction across the United States. Operated by The Salvation Army and funded by a $1.5 billion donation from the estate of the late Joan Kroc (widow of McDonald's founder Ray Kroc), the Kroc Center is a community center where children and families are to be exposed to different people, activities, and arts that would otherwise be beyond their reach.  As part of the audio-visual / sound reinforcement infrastructure that enables community center staffers and others to communicate with those who participate in the facility’s various programs, the Dayton Kroc Center is equipped with wireless microphone technology from Lectrosonics.

Dayton-OH-based Copp Systems, Inc., a firm specializing in the sale, design, and installation of communications and security systems throughout west central Ohio, was contracted to provide audio-visual / sound reinforcement capability at the new facility. Copp Systems’ Scott Morgan, AV Systems Design Engineer, was tasked with overseeing the design, project management, installation, and end-user training of the Kroc Center’s new audio-visual equipment. Morgan described the project’s challenges that ultimately led to the deployment of the Lectrosonics equipment. 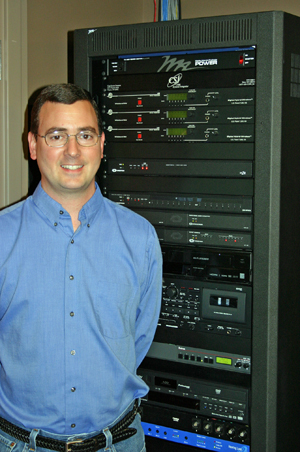 “The Kroc Center is a community resource and outreach center,” Morgan explained. “Serving the lower income segments of the Dayton community, the center serves as a conference, recreational, educational, and general religious facility. In order to support a wide range of activities in the center’s sanctuary, we decided to equip the building with wireless microphones so that users would have the freedom to move about without being encumbered by cables. Equally significant, the Kroc Center is located in a congested RF (radio frequency) area, so we needed to find a wireless system capable of functioning well in this type of environment that also conformed to the FCC’s new requirements for wireless communications. Durability was yet another vital concern. Given these criteria, the Lectrosonics Venue system was ideally suited for this project.”

On the transmitter side of the setup, the Dayton Kroc Center is equipped with eight Lectrosonics LMa beltpack transmitters and six HM series plug-on transmitters. This combination of products affords users the opportunity to work with lavaliere or earset microphones (via the LMa transmitters) in addition to having six handheld microphones. All equipment is based on Lectrosonics highly acclaimed Digital Hybrid Wireless® technology, which uses a proprietary algorithm to encode 24-bit digital audio information with no compression and low distortion into an analog format that can be transmitted in a robust manner over an analog FM wireless link. The result is much higher dynamic range—free from sonic artifacts— than wireless systems using a compandor are able to offer.

The Dayton Kroc Center broke ground in late 2008 and opened its doors early this year. Reflecting on the success of the project, Morgan offered the following, “The Lectrosonics wireless microphone setup is an unparalleled system when it comes to functionality, quality, and ease of use. Our customer is extremely pleased, and I’m happy to report that a number of additions to the system are currently in the installation phase. These additions will further enhance the overall capability of their system. The bottom line is this: they couldn’t be happier with its performance.”

To learn more about Copp Systems, Inc., visit the company online at www.copp.com.