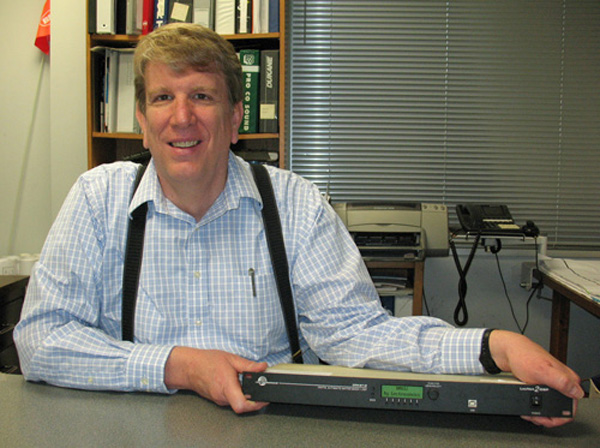 Indianapolis, IN – May, 2010… With clear communication being a critical element in any business, it comes as no surprise that audio plays a significant role in the day-to-day proceedings of our nation’s courts. In an effort to improve upon its sound reinforcement capabilities, the Indianapolis Marion County Superior Courts recently upgraded its physical plant and, as part of the facility enhancement, became the proud owner of audio processing technology from Lectrosonics.

“During our discussions with the client and upon examination of the facility,” Hodson explained, “it became clear that automation and unattended operation were crucial considerations. The equipment needed to be easy to operate, offer a high degree of functionality, while remaining immune to changes made by well-meaning, but unknowledgeable end users. Compounding these issues, the equipment rack where the gear was to reside was quite small, so the use of a conventional mixer and DSP units was not really feasible. Armed with this information, we specified a Lectrosonics DM812 Digital Automatic Matrix Mixer.”

“The DM812 is well thought out and facilitates easy mix minus feeds as well as separate outputs for the court reporting software, thanks to the unit’s mix matrix,” says Hodson. “The Phantom algorithms in the automixer were used with great success in smoothing its response. The system is set up to provide unattended operation— with no one in the court even knowing how to access the processor—thereby keeping it secure.”

All eight channels of the Lectrosonics DM812 are in use and configured to accommodate six microphones, line level input from the audio-visual system, as well as audio playback from the court reporting system. “The DM812 is interfaced with a Crestron™ wireless control system,” Hodson said, “and the interface modules that Lectrosonics Control and Applications Engineer Frank Gonzales created for this unit worked flawlessly. Further, they enable the user to make simple adjustments directly from the Crestron control system's touch panel. We also used the DM812’s macro capability to reconfigure the matrix so that the loudspeaker outputs would provide low level noise when the Judge directs a sidebar. Audio is controlled via RS-232 from the touch panel at the judge’s station.”

When queried about the DM812’s ability to integrate into the courtroom environment, Hodson offered a positive assessment of both the processor’s supporting  setup and configuration software, LecNet2, as well as Lectrosonics’ technical support services. Our experience with the DM812 was very positive,” he said. “The combination of Frank’s assistance and the top notch training we were provided at Lectrosonics’ headquarters made the entire process very smooth. It was pretty much point and click on the software to set the unit up up—followed by some final on-site tweaking of the input and output levels.

The Lectrosonics DM812 was installed during October 2009 and placed into service in November. Since that time, Hodson reports it’s been smooth sailing. “After a few initial adjustments,” Hodson tells us, “our customer reports great satisfaction at the way the system is working. Participants are able to clearly understand what is being presented—without the ring of feedback—and the recordings being made during procedures are clear and make an excellent archive resource. This has been a very rewarding experience for everyone involved.”

For additional information about ESCO Communications, visit the company online at www.escocomm.com.

About the Lectrosonics DM812 Processor
The Lectrosonics DM812 Digital Automatic Matrix Mixer’s basic architecture consists of 8 mic/line inputs and 12 outputs with a full DSP-based crosspoint matrix that enables every input to be routed to any or all outputs. Following the A-D conversion at each input, the signal passes through multiple DSP filters, ADFE (automatic digital feedback eliminator), a compressor, and a digital delay. In the matrix, gain is adjustable from -69 to +20 dB in 1 dB steps at each crosspoint. Each of the 12 outputs provides a digital delay, multiple DSP filters, and a compressor/limiter.