Lectrosonics Wireless Brings Out The Magic Of 'The Miracle Man'

Toronto, Ontario, Canada – December 2008… For the world premiere performance of the new Allen Cole musical The Miracle Man, the sound quality of the wireless microphone system that would be deployed was a major concern. Peter McBoyle, the Stratford, Ontario-based theatrical sound designer and consultant tasked with ensuring the best possible audio quality for the new Canadian musical always felt the audio fidelity was compromised by typical RF microphone systems. Determined not to let this be a hindrance, he searched for a better solution and found it—with wireless equipment from Lectrosonics. 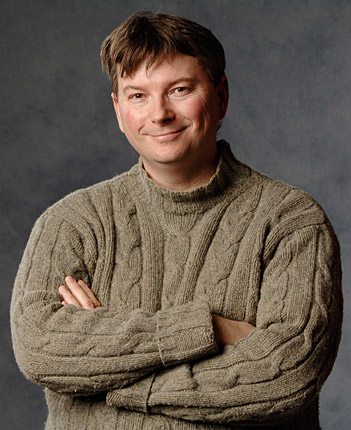 McBoyle, who specializes in system specification, consultation, and sound design, discussed the challenges of the project. “The Miracle Man is about a gang of crooks who scam a small town into handing over money for a faith healer's chapel, only to have the tables turned on them in a ‘miraculous’ way,” notes McBoyle. “For this musical, which took place in Ryerson University’s Ryerson Theater, we sectioned off a considerable amount of the theater in order to create a more intimate performance space. The production, which took place earlier this year, had a very jazz influenced score and was musically challenging and diverse. In terms of the audio, we wanted to approach this with full musical sensibilities, yet keep the sound intimate and transparent so as to be appropriate to the characteristics of the environment.”

“That being the case,” McBoyle continued, “I wanted a wireless system that was not only transparent, but musical in nature. I didn’t want the microphones to have a radio-type sound, which is a common issue for many wireless systems that use companding. Transparency of sound was the key issue here, and this is always one of my main goals when working with sound reinforcement systems. I wanted the wireless mics to help students project while retaining a sense of intimacy—without altering the nature of the music itself. This was critical.”

Having heard many favorable reports about Lectrosonics equipment, McBoyle decided to investigate. Upon contacting Colin Bernard, who oversees Lectrosonics’ Canadian operations, McBoyle was introduced to the advantages of Lectrosonics’ Digital Hybrid Wireless™ technology. “The Lectrosonics team was very supportive,” notes McBoyle. “They listened to my concerns and then recommended a wireless setup to meet our requirements.” The wireless equipment ultimately deployed for the production was a 24-channel Lectrosonics Venue system coupled with the company’s SMDa UHF Belt Pack Transmitters.

“Because this was a student production,” said McBoyle, “I wanted the students to go through the entire process of planning, organizing, and executing all the various aspects that constitute this type of production. That included learning how to operate the equipment, how to place the equipment on the talent, and other aspects that involve getting the sound system to perform properly. When we first started working with the equipment, we had a few challenges in terms of antenna placement and getting everything configured correctly. We contacted Lectrosonics for assistance and they were fantastic—they really did a great job helping us optimize everything. From that point forward, there wasn’t a single RF issue during the entire run of the musical.”

“The first time I listened to the Lectrosonics system, I was astounded,” said McBoyle. “I started to reach for the EQ and then realized that there really wasn’t much need for it. There was a completely natural, neutral sound that was terrific for this style of music. The sound was truly refreshing to my ears. For the first time ever, the mics didn’t sound as if they were broadcast over an RF system. They sounded like they were wired straight into the console and I attribute this to Lectrosonics’ lack of compansion. It’s always a struggle to EQ a radio mic when you’re dealing with hat placement and other wardrobe issues, and yet the Lectrosonics system made this process far easier than ever. I was extremely impressed.”

Reflecting on the production, McBoyle summarized the experience of all who heard the Lectrosonics system, “We couldn’t have been happier. The entire process of working with microphones—both on stage and behind the scenes—was completely new to many of the students. The Lectrosonics equipment was easy to operate, sound quality was excellent, and it’s extremely well-built. Lectrosonics provided the clear, natural sound that was so essential to the nature of the music. The entire experience was extremely positive.”